HWA’s Nannini: FIA F3 ‘much harder’ to race in than F2 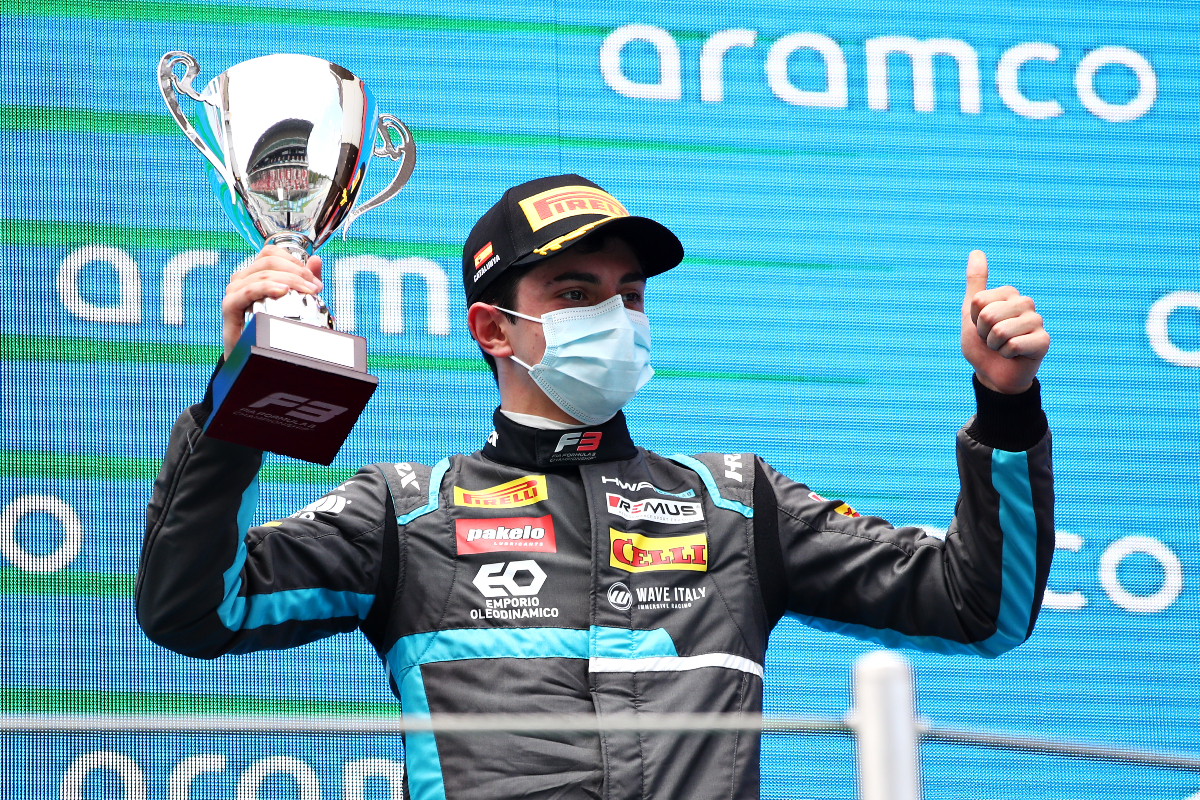 HWA Racelab’s Matteo Nannini is finding FIA Formula 3 Championship races more physically demanding than Formula 2 this year, as he competes in both series throughout 2021.

The nephew of 1989 Japanese Grand Prix winner Alessandro Nannini is the only driver making use of this year’s change in calendar structure for F2 and F3, allowing him to contest both championships as they race on different grand prix weekends.

So far the season opener of both Formula 1 support series have been held, with F2 racing at Bahrain in March and F3 at Barcelona last weekend. Nannini spoke of the different demands of the two series after making the F3 podium at Barcelona.

“Racing in F3 in a race like this is much harder, I would say, because yeah there is some tyre degradation, but you can push almost every lap and that is what I was trying to do now,” he said in the press conference after race three of the weekend.

“In F2 instead, you can’t push really even after the beginning because otherwise you don’t have any more tyres.

“So I would say up to now, today was one of my toughest races physically because I had a lot of pressure for almost all of the race, as I was [not] out of the DRS range, so no mistakes were allowed for me.”

Nannini added by speaking about jumping between the F3 and F2 cars, and the Monaco F2 event he is set to contest in a couple of weekends’ time.

“To be honest, I had the chance to try [hopping between one car and the other] in the test here in Barcelona, as I did two days in F3 and then straight away three days in F2, it was not a big issue.

“The biggest difference is the tyre management, because in F2 it’s much higher, and you really have to be careful to save the tyres through the end of the race. Obviously, the F2 much bigger, much more horsepower, different brakes, but I felt quite confident.

“And also I’m really looking forward to Monaco because it’s a unique experience. I’ve never raced there before as a lot of drivers [have].”

Five things we learned from the 2021 FIA F3 season opener