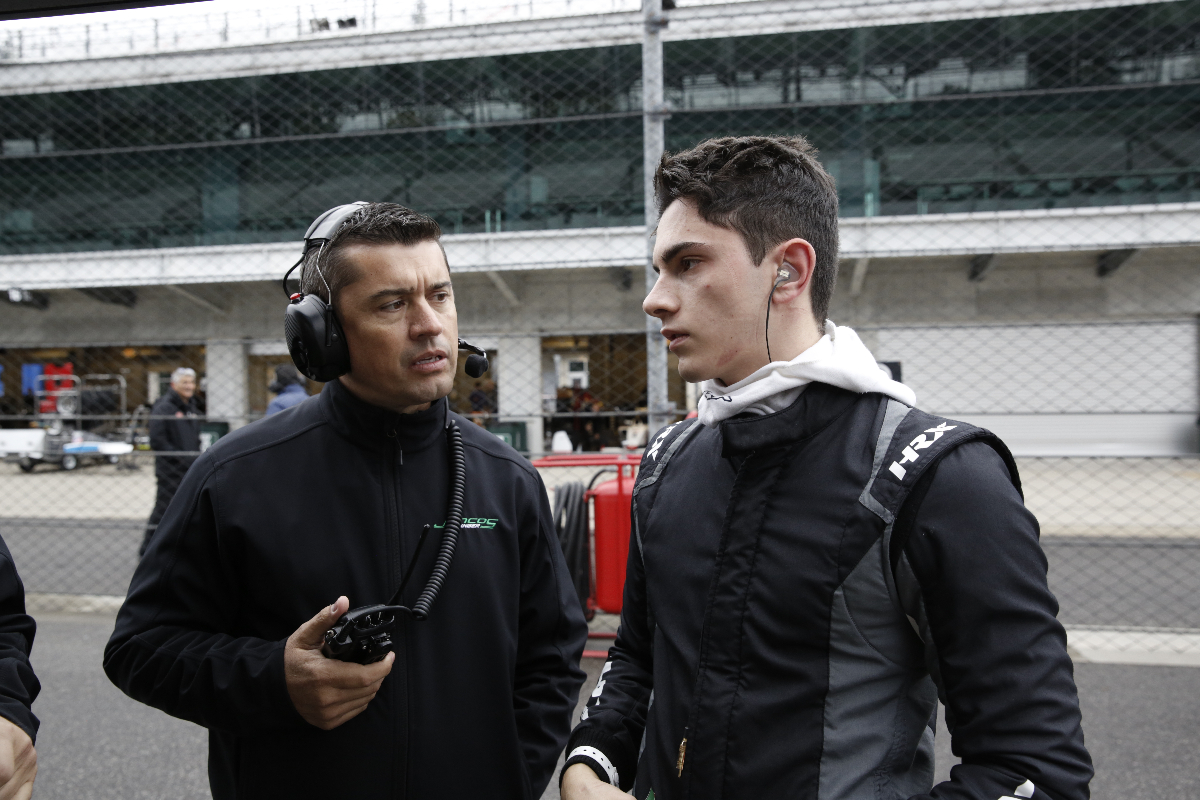 Jack Aitken and Matteo Nannini, who both raced in HWA Racelab in Formula 2 this year, are looking at options in IndyCar and its supports next year.

Both already have experience of the Road to Indy, with Williams Formula 1 reserve driver Aitken having won the 2015 Pro Mazda Winterfest and Nannini having recently taken part in the Chris Griffis Memorial Test in an Indy Lights car.

Nannini, who is now racing as a half-Italian, half-Argentinian, drove for Juncos Hollinger Racing in the test at Indianapolis Motor Speedway and has since been in its IndyCar workshop.

“It’s something I would consider to do,” Nannini said of Indy Lights to IndyCar’s official website.

“Especially because it’s a very great championship, because if you do well it gives you the opportunity to go up into IndyCar, a main series I really like. I would keep it in mind to do it next year.”

“You can see he wants to be a race car driver,” he explained. “This kid seems to me that he has something inside of him that this is his life, and he’s willing to do whatever it takes to make it.

“That’s very unusual for me, in my opinion. I’ve seen a few drivers over the last 20 years like that, but not everybody is like that.”

The 18-year-old started this year in F2 with HWA, while also competing the FIA Formula 3 Championship with the team. His F2 seat was taken by Aitken after just one round, but he found a way back into the championship with Campos Racing.

Aitken, a winner with ART Grand Prix and Campos previously in F2, struggled with HWA’s package before a back-breaking crash in the Spa 24 Hours ruled him out of further single-seater appearances.

With Williams’ 2022 line-up already decided, Aitken is now approaching teams in Formula E and IndyCar about finding a race seat he can return to single-seaters in.

“I enjoyed it a lot,” Aitken recently said to Formula Scout of his last time racing in the United States.

“I would still like to do some racing again in America. The tracks are really nice most of them, I went a few different ones. The team were a lot of fun to be with, we had some good success as well. They have quite a relaxed feeling in the paddock, which is really nice. So, I would definitely like to do it again at some point.

There have been unverified reports that an IndyCar test has already been organised for Aitken, while Nannini is moving closer to entering Indy Lights with Juncos and is anticipated to do an IndyCar test if he signs with the team.