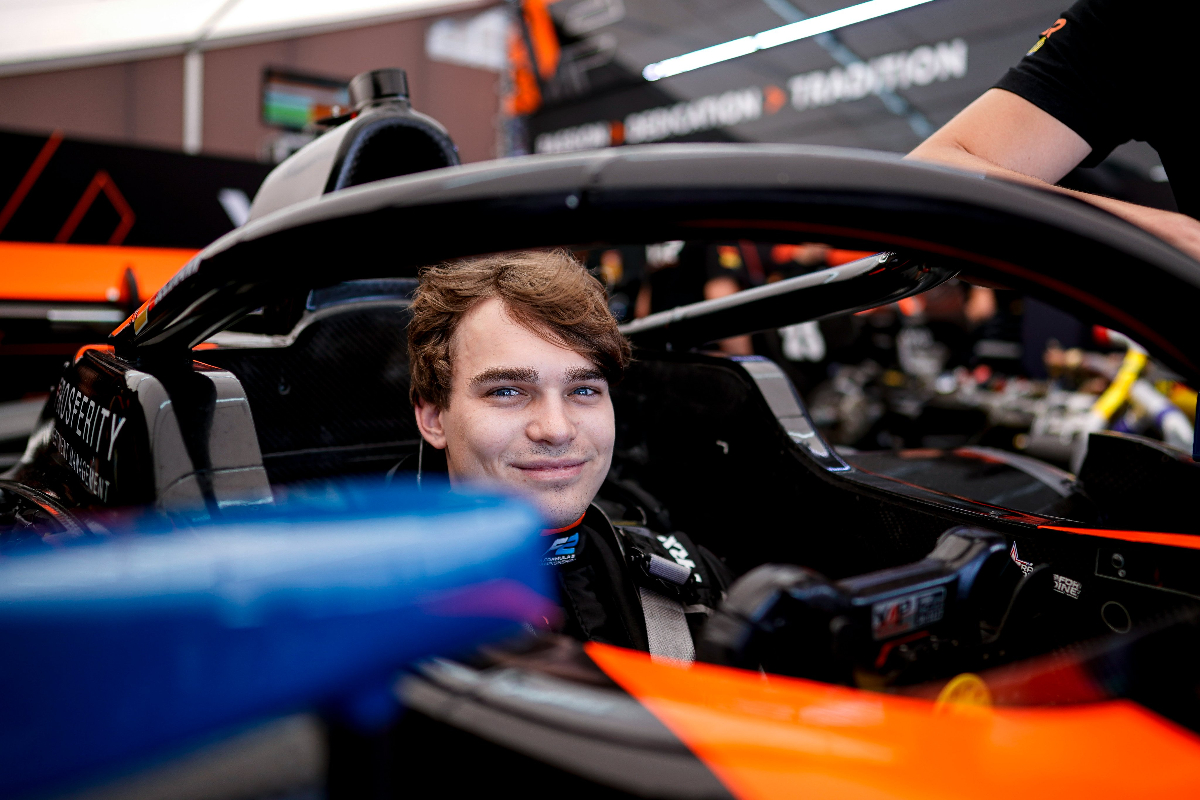 Jake Hughes has left his Formula 2 seat with Van Amersfoort Racing, and will be replaced by David Beckmann for the rest of the season.

Beckmann had already acted as a stand-in driver for VAR this year, replacing the banned Amaury Cordeel at Silverstone and then taking over Hughes’ car for the Paul Ricard and Hungaroring rounds due to Hughes testing positive for COVID-19.

Both Beckmann and Hughes have also acted as reserve drivers in Formula E in 2022 for Andretti Autosport and Mercedes-EQ respectively, and now Hughes is focusing entirely on landing a seat on the FE grid for the 2022-23 season.

“Following evaluations made during the summer break, the decision was made to have David Beckmann take the wheel of our #24 FIA F2 car, starting at the upcoming race weekend at Spa-Francorchamps,” VAR announced on the Tuesday of Spa race week.

“David replaces Jake Hughes, who has indicated to increase his already strong involvement in FIA FE. Up to this point, Jake has played an essential role in our maiden FIA F2 season, for which we are grateful. He will always be considered family of our racing team and we wish him all the best on both a personal and professional level.

“German David Beckmann, who acted as Jake’s replacement during a Corona-related absence, already proved to be a valuable addition to the team and we look forward to continuing the season with him.”

Hughes picked up a best finish of fourth in the eight F2 rounds he contested this year as a rookie, while Beckmann scored once in a cameo with Charouz Racing System but has not added to his tally in his three events with VAR.