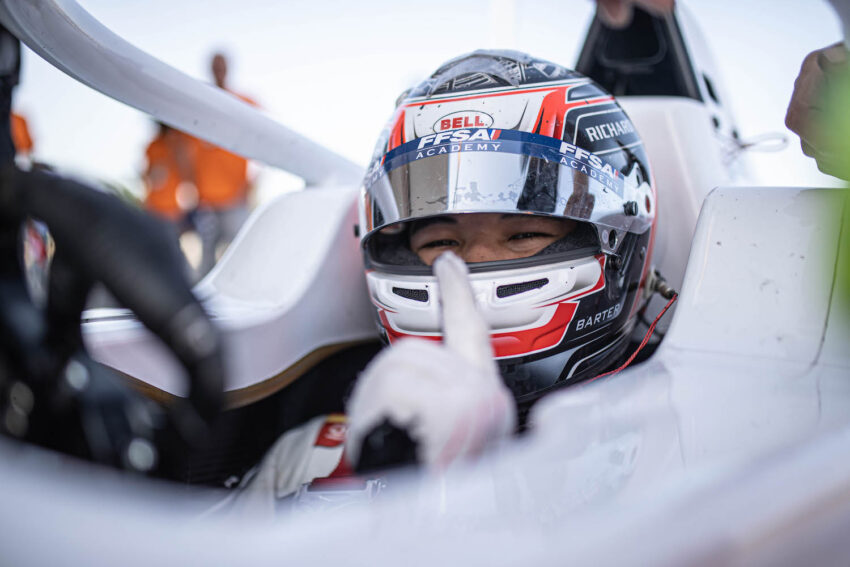 French and Spanish Formula 4 runner-up Hugh Barter has confirmed Campos Racing will be the team he steps up to FIA Formula 3 with this year.

Barter’s move up the single-seater ladder had already been announced when he was revealed as the latest member of Nicolas Todt’s All Road Management stable, and it had been expected he would join Campos after driving for the team in 2022 post-season testing.

The 17-year-old was French F4 runner-up as a single-seater rookie in 2021, then was second in the standings again this year as he was ineligible for points in two rounds due to circuit experience from the Spanish F4 championship. He won 10 times in French F4, and with Campos won six times in Spanish F4.

“I’m very happy to announce that I’ll be doing F3 with Campos Racing this year,” said Barter. “It’ll be good to keep the relationship going after a strong season with them in F4 so I look forward to it.”

Campos team principal Adrian Campos Jr commented: “We are proud to continue working with Hugh after a 2022 season with plenty of success. The F3 championship is yet a more difficult challenge but we feel confident as he is a very talented driver with excellent skills. We really hope he will be able to quickly learn with our support and experience in order to end the season fighting for top results.”

The Australian-Japanese racer is the team’s second signing for F3, alongside Euroformula race-winner Christian Mansell. There are now eight seats left to be filled on the F3 grid.