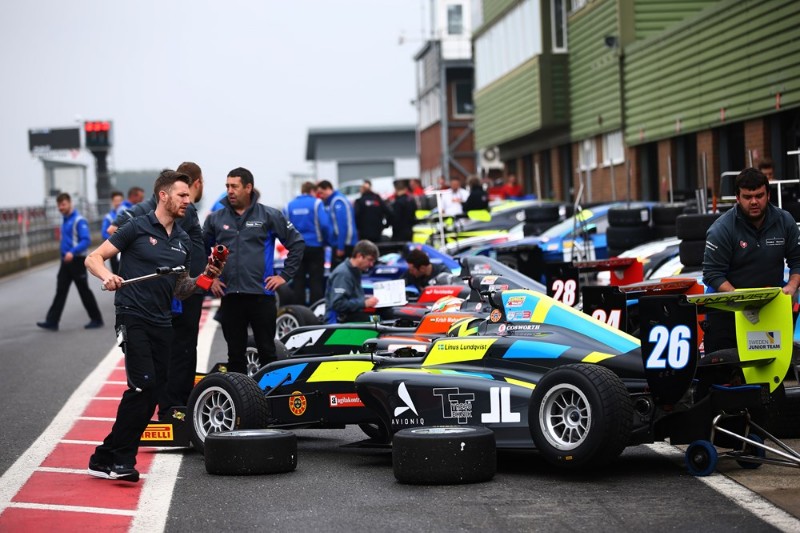 Woking, a small town south-west of London, is home to two of motorsport’s biggest teams. Both counted Kimi Raikkonen as an important component in the mid-2000s, and a few years later both also took a highly rated British talent to a coveted international title. Only one of those teams has followed up that success since.

Raikkonen has no active involvement in the team, and it’s been the responsibility of Anthony ‘Boyo’ Hieatt to run it since – primarily in Great Britain but occasionally further afield.

“I’ve been here running it for 14 years. We had Kimi and Robertson involved at the start, but I was the main man running it,” Hieat tells Formula Scout, fresh after winning the 2018 British F4 title with Kiern Jewiss.

“We never wanted to be the biggest team, we just wanted to do a good job in the environment that we race in. I like racing in the UK, I think it’s important to support your home nation with your racing and stuff because the racing environment has gone downhill.

“You’ve just got to try keeping it ticking over you know, keep investing in the circuits, buying our testing fees, and tyre fees and engine fees. And I like competing against Trevor [Carlin], and Fortec with Richard [Dutton] and latterly Arden [run by Garry Horner]. Whenever we race against these teams we always do a reasonable job. So I think as a team we operate at a good level.” 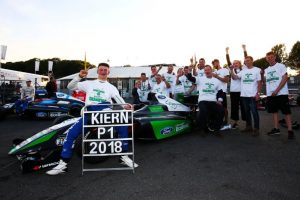 Although assisted by the absence of Carlin in F4 this year, Double R has been the team to beat in its home country. Linus Lundqvist led it to the F3 title, while McLaren Autosport BRDC Award finalist Jewiss took its first F4 triumph in a dramatic season.

“We always aim to do well, and we’ve won races most years in most championships we compete in,” Hieat added. “But yeah this year we’ve had two very strong drivers who knew the circuits and started off winning straight from the first weekend [round two for Jewiss].”

Double R’s previous best in British F4 was fifth, achieved by Leist in 2015 and Lundqvist in ’17, and there was no change in approach for last season. It was a change to the championship itself that made the crucial difference.

“The F4 engines [in 2018] have been more reliable. We’ve got a new engine tuner [Neil Brown] and that’s made a big difference. We suffered with?the?Somomo engines, in previous years there’s been chronic unreliability and performance differences in them, and Neil Brown has made it a much better championship to be in. So that’s a big part of it.”

An intense battle between Jewiss and JHR Developments’ Ayrton Simmons ended up going rather conclusively in Jewiss’s direction, and his on-track performances, including some outstanding, overtakes, picked up the attention of at least one Formula 1 team. He’ll follow Lundqvist into F3, but has picked Douglas Motorsport for his graduation over Double R.

“It will be interesting to see where he [Jewiss] goes,” says Hieatt, prior to the teenager signing with Douglas.

“He’s a good kid. He’s a sharp racing driver, mentally very good, brings it home. He’s got a good future. Hopefully, his management put him in the right form of racing. But it’s difficult for managers and drivers at this point because the FIA has clouded the waters badly at the moment with regional F3.” 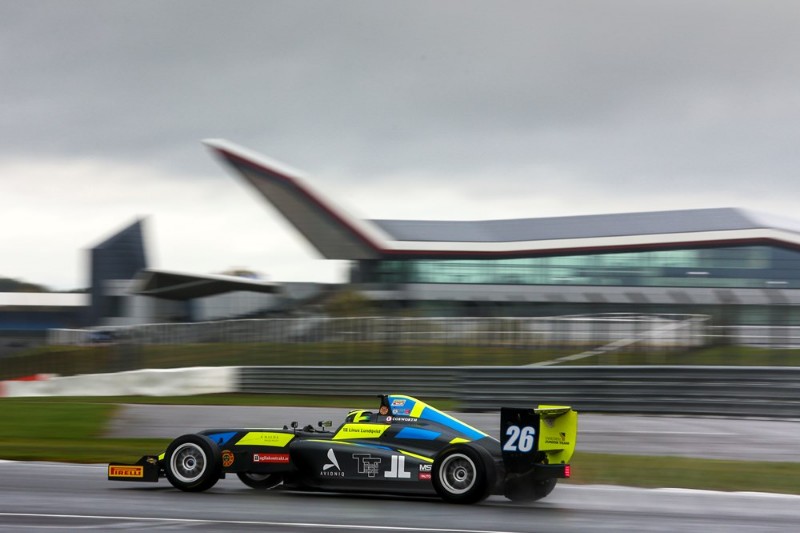 Lundqvist has no F1 associations to speak of but is still highly rated by Hieatt.

“He’s done amazingly well, a real talent,” Hieatt said. “Doesn’t make many mistakes, is a very committed driver and takes it really seriously, works hard. I like him a lot. Good background, good people behind him, works hard. Just a normal boy, normal parents, not superstar wealthy. He’s got a good future ahead of him.”

At the beginning of 2018, it looked like Double R would also be racing in Euroformula Open, marking a return to continental F3 for the first time since an unsuccessful European F3 campaign in 2015. The plan didn’t go ahead, with Hieatt deciding to delay the team’s entry by a year seeing as it would become an open-engine formula in 2019. In October it was one of the three teams that took part in Balance of Performance tests for the new engine formula, running the HWA-tuned Mercedes-Benz engine.

Signing drivers for 2019 has so far proved more difficult than usual, with the uncertainty surrounding the future of most of the F3 championships in Europe meaning the usual post-season testing of potential new signings did not take place as early as usual.

Like fellow Woking squad McLaren, racing single-seaters is just a small part of Double R’s business portfolio. The team has several technical partnerships, meaning its rainy day tests at Pembrey in Wales are normally about more than driver evaluation.

“We do a lot of work for Dallara. For turnover, that’s the main part of the business really,” explains Hieatt.

“We run certain parts for Dallara that they can’t do themselves. This [the racing team] is the front part of the business, but the nuts and bolts are what we do behind the scenes, you know, with stuff people don’t really know about. But for the turnover of the group, it amounts to about 75% of what we do. This is the enjoyable part, and the other part is the real world stuff.”

To ensure there is no advantage gained by having such a close relationship with Dallara, chassis supplier for everything from IndyCar down to F4, there is no crossover between the two sides of the business.

With Carlin returning to British F4 this year, Double R will have an extra challenge on its hands, and looks more than capable enough of making Woking a title winner once again. 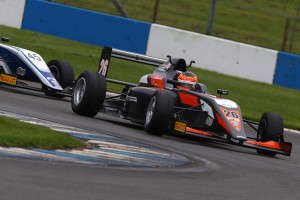