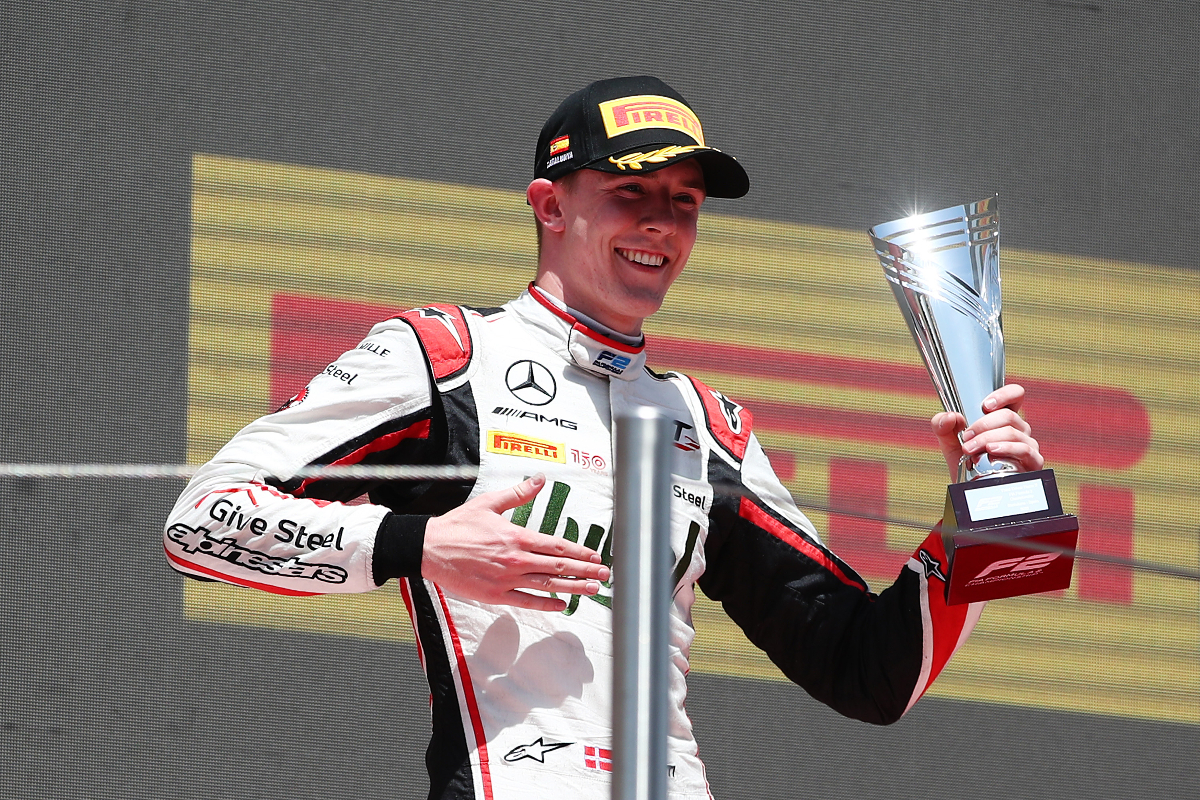 ART Grand Prix’s Frederik Vesti has outlined to Formula Scout the reasoning behind his recent turnaround in form in Formula 2.

The Mercedes-AMG Formula 1 junior came into 2022 off the back of a FIA Formula 3 Championship title challenge with ART GP last year that eventually fell flat. His F2 results have mostly been poor so far, with only eight points before last weekend.

But his form seemed to change Barcelona. After three rounds of weak qualifying performance he went third fastest, beating team-mate Theo Pourchaire for the first time, and Formula Scout asked him about the processes he took to move to the front.

“If we go fully back to Bahrain testing, things actually seemed pretty strong, comparing to my team-mate who is currently leading the championship,” Vesti identified.

“Came into the first weekend, I think I put a lot of pressure on myself. I really wanted to do well, and probably went one step forward and two steps backwards. I had a very tough Friday in Bahrain, bad free practice, bad qualifying [going 19th fastest] and it really just made it difficult, and I was a bit lost after that in terms of which direction to go.”

Vesti’s form didn’t pick up on a Friday afternoon much after that, qualifying 16th in Jeddah and then at Imola. But in-season testing took place at Barcelona, and he was able to put things right on his second trip of the year to the circuit.

“Another thing I’ve been battling a bit, which has taken me some time, which is still a challenge, is doing practice on the prime tyre, doing practice with very limited running, going into a qualifying of three laps today on a completely different tyre which is three seconds faster.

“So all these small things all together adds up to a lot of lap time and a lot of confidence. I’ve really had to review how I’ve been doing things, and I think we have come to many good conclusions and been able to work from there. It did mean really, really a lot today to be P3, as it’s been a bit tough; very, very tough so far. Just very happy.”

Vesti was able to climb a few places in sprint races in the first three rounds, but crashed early in his first feature race at Bahrain and spun out of a non-point-scoring position late in the Jeddah feature race. At Barcelona he finished seventh in the sprint race, then maintained his grid position to claim a maiden podium in third place in the feature race.