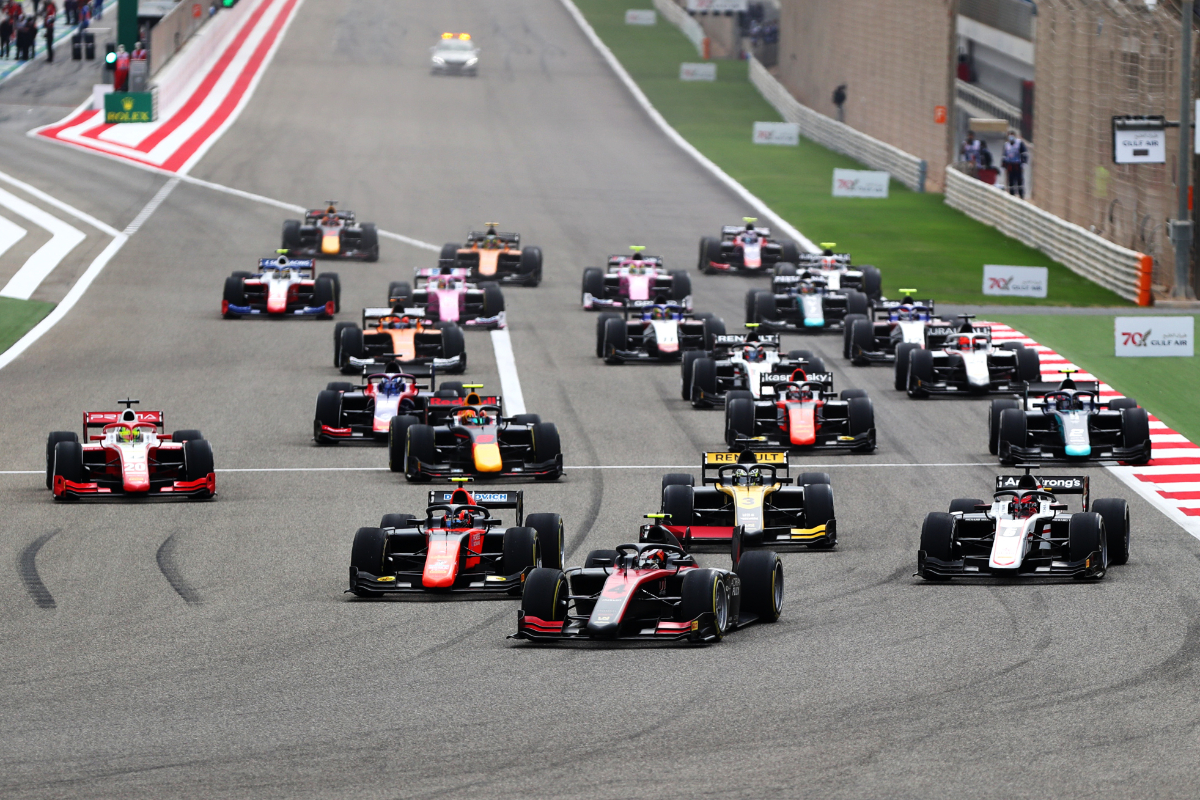 Callum Ilott has explained how he lost out to Felipe Drugovich in Formula 2’s Bahrain feature race, and dropping almost 15 seconds to the winner, after beating him to pole.

Virtuosi Racing driver Ilott was overtaken by MP Motorsport’s Drugovich on the approach to Turn 1 on the opening lap, but kept within range of the Brazilian in the early stages as both ran on Pirelli’s medium compound tyre.

It was Ilott who opted to pit first, doing so three laps before his rival, and undercut his way ahead despite a slow change on the front-left tyre. However, Drugovich got back past and opened up a gap of 14.833s to take his third F2 win.

“I got a good start, and then into the first corner we braked a little bit too late and I just didn’t get the right line and Felipe got under me,” Ilott said.

“Then he drove a great first stint and I was trying to stay with him, but I think a combination of trying to stay too close to him and that killed my tyres. So, the prime-tyre cars [of championship leader Mick Schumacher and Marcus Armstrong] overtook me. I kind of let them past because it’s better to not fight at this point.”

Ilott admitted he ‘just wanted to send it’ on title rival Mick Schumacher, but expected his pace after switching to hard tyres to bring him back past those on the alternative strategy.

“We decided to go for the earlier box, which I think was the best thing for me at the time,” added Ilott.

“But I had a really bad pitstop, the front-left wasn’t going on, so I lost quite a bit of time there. Came out of the box, the car felt amazing, so I just pushed and pushed to try and undercut Felipe, and I just about managed it with a couple of mistakes from him.

“Then after that, his fresher tyres just got the better of me. I held on from there. Jehan [Daruvala, who finished third] was fighting a lot so it made it quite easy for me to just chill and hang on there.”

Ilott also explained the consequences of the slow pitstop.

“I mean the first thing that goes through your head is ‘c’mon, get the tyre on, let’s go’, and I was sat there long enough to almost get out and do it myself,” he quipped.

“Going out, I thought I was going to be a little bit more on the back foot, so when I saw Felipe exiting, obviously they had timed it quite well to make sure he was still in front at that point, but it did make it more difficult for me in the long-run because I boxed three or four laps earlier than I should have and I lost more than five seconds in that pitstop.

“It did have an effect towards the end of the race, for sure.