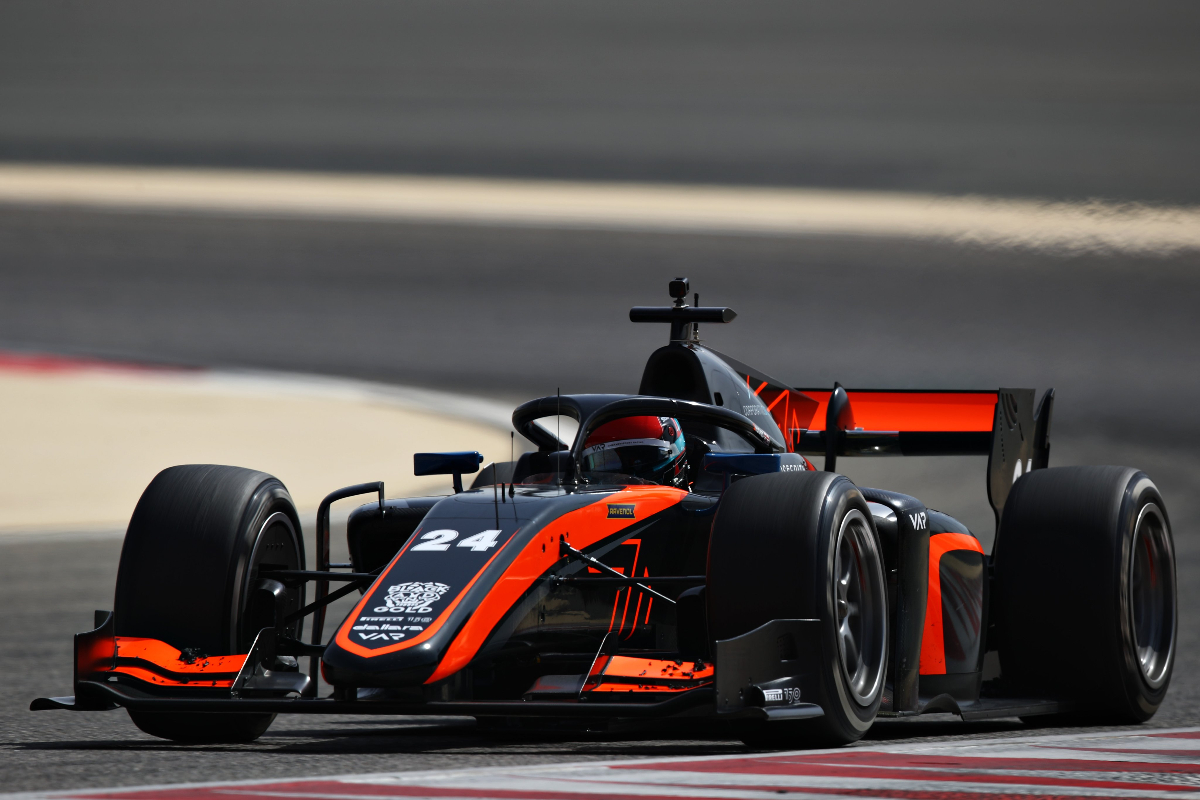 Formula 2 has a new team for 2022, with the great Van Amersfoort Racing taking the place of the struggling HWA Racelab outfit. Craig Woollard explains how it’s getting ready for debuting at this level

When you think of great teams in Formula 3 and Formula 4 racing over the last 25 years or so and Van Amersfoort Racing is perhaps one of the names that springs to mind. Its success stretches back further, back to Formula Ford and Formula Opel Lotus, but 2022 marks the first year that the marque will make a leap into the direct step below Formula 1.

The list of successful drivers passing through VAR’s doors over the years is vast, and it’s coming off the back of smashing the opposition in the ADAC and Italian F4 championships with Ollie Bearman so is looking to make waves in both F2 and the supporting FIA F3 Championship it’s now entering in the near future.

While the move to FIA F3 is also of intrigue in itself, what it hopes to achieve in F2 is perhaps the more curious thing to look at. It takes over HWA’s entry after the German team finished stone last with one feature race point last year, and is debuting with a line-up that has just 10 F2 starts between them.

Jake Hughes, however, is immensely experienced at F3 level (just as VAR is) and comes in with both F1 and Formula E working knowledge. Amaury Cordeel, meanwhile, is likely making a step up a year too soon based on his performances as a F3 rookie in 2021. What they and the team can achieve will be one of the subplots to the season ahead.

VAR’s chief executive Rob Niessink spoke to select media during F2 pre-season testing at Bahrain, and Formula Scout asked what targets the team has set for this year, if any.

“You’re in motorsport because you’re ambitious and you want to be successful,” he said.

“We are also, but we don’t underestimate it,” he added, referring to the competition from the established teams. 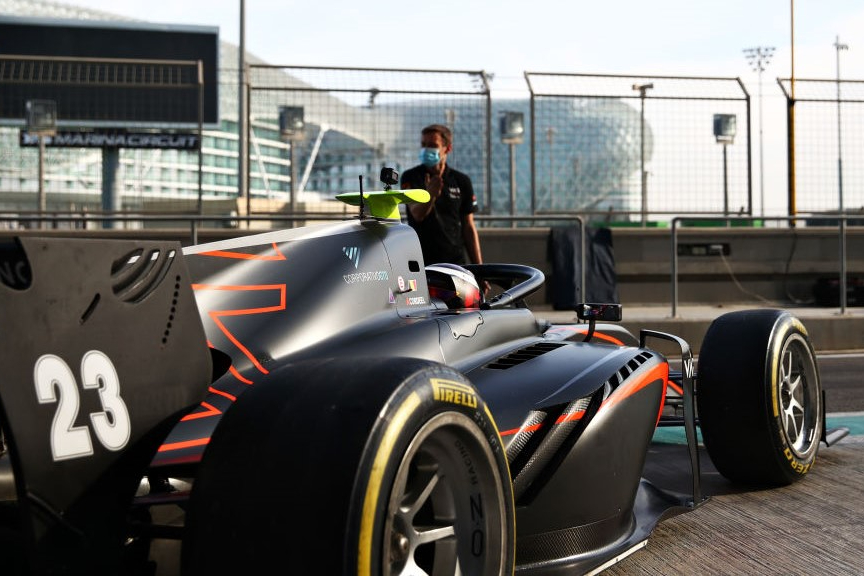 “It is a very, very big challenge of course to get a grip on things and build on the experiences every day and proceed to try and be more successful the next day.

“The ambitions, it is always so difficult to say. We want to win and one day we hope we are the most successful in the pitlane, but that is a normal ambition that you should have otherwise you are in the wrong place in this industry.

“So we want to be successful, and we know that we have to learn a lot and for me, it’s the same like I’m always telling to drivers, you can only be successful with hard work, and that’s what we’re looking for. We will look very hard to achieve what we want and then one day we hope to get to the point we are hoping for.”

After being asked if VAR would prepare in a different way to its rivals to play catch-up, Niessink said “results come from working with professionals that understand what they’re doing, put in a lot of effort and work hard, and try to analyse what you are doing and learn from your mistakes and do the best”.

“We all work with the same chassis, all the same car. We have catching up to do in terms of how to respond to changing circumstances and adapt set-ups etc. For that reason specifically we decided to attract Jake, so he could be helpful for us. And besides that, I don’t need to do something different than the others first. I need to start with doing what the others do already and then catch up and then try if we can make a difference somewhere. But there is a lot of catching up for us to do and we’re learning every day. I’m not doing something special, first we’re trying to understand, ‘What are we doing?’ And then from there, we take it to the next level.”

Niessink also spoke about the landmarks of VAR’s journey to its F2 debut, and building on confidence gained from its first running in the 2021 post-season test at Yas Marina Circuit, where Hughes was 11th fastest over the three days. HWA had been racing those cars just four days prior. 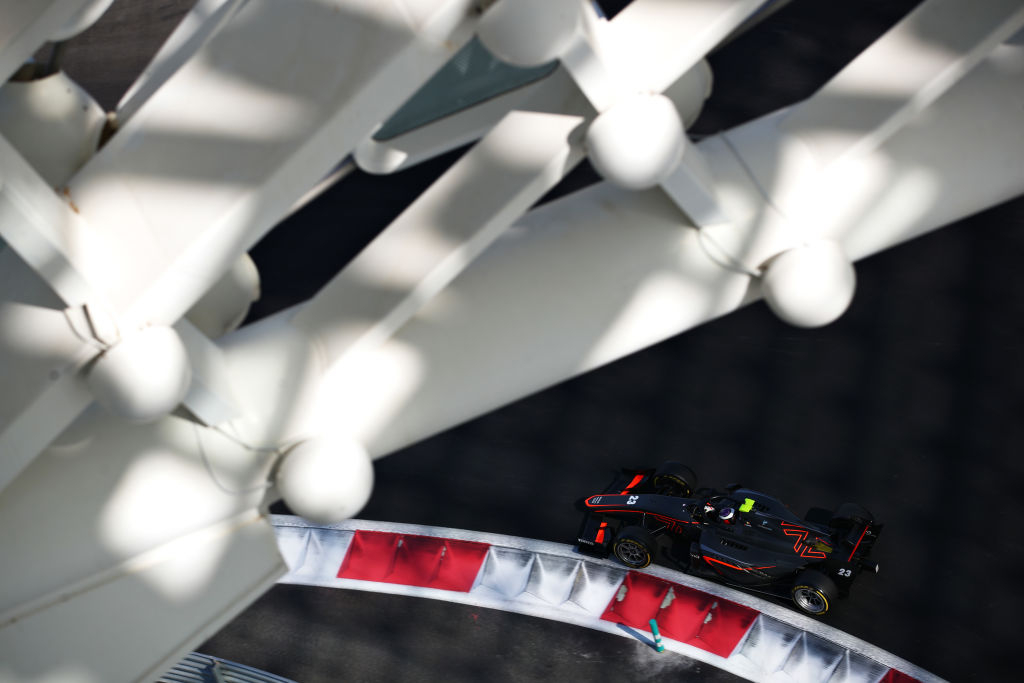 “Over the winter I can only say that we have been working very hard. In Abu Dhabi it was a good start, it gave us confidence, and then over the wintertime we needed to prepare, build the cars, etc, etc, make sure that everything is in place and then you come here and basically today it’s started.

“For us every day is a sort of historical day, from the moment in the past we did the first test, the first outing, and all those first moments. The first moment where our cars go out here at Bahrain. It even sounds silly, but the first moment they go out on new tyres, everything is a remarkable, historical moment for us.

“The team’s operating fine, the co-operation with drivers is fine, we put in a lot of effort to build the right team over the winter and now we have to see if our vision on that is correct and gain the experience so that we can achieve what we hope for.”

Having both F2 and F3 running in the same paddock on the same weekends, something that was not the case in ’21, looks to be beneficial for VAR’s arrival.

“For me personally, it’s very nice to be at venues where both teams are present. I work in the paddock and then I can cover it all. That’s more helpful than travelling more and more and more. So I’m happy when they’re together, it’s more efficient for us.

“In terms of travelling, it’s new now because it’s the first overseas one here at Bahrain where we’re at now. But it’s just a matter of the first one. We did it in the past with Macau so we’re familiar with that as well.”

F2 will run to 14 rounds, with the location and date of one of those yet to be confirmed, with F3 supporting on nine weekends. For VAR there’s also a nine-round Euroformula season it has to focus on, six Formula Regional Europe rounds and a F4 programme that will take in three other weekends for the Italian series and three to six weekends for ADAC F4.

“It’s not as big of a deal as you’d expect with logistics [adding F2],” reassured Niessink. 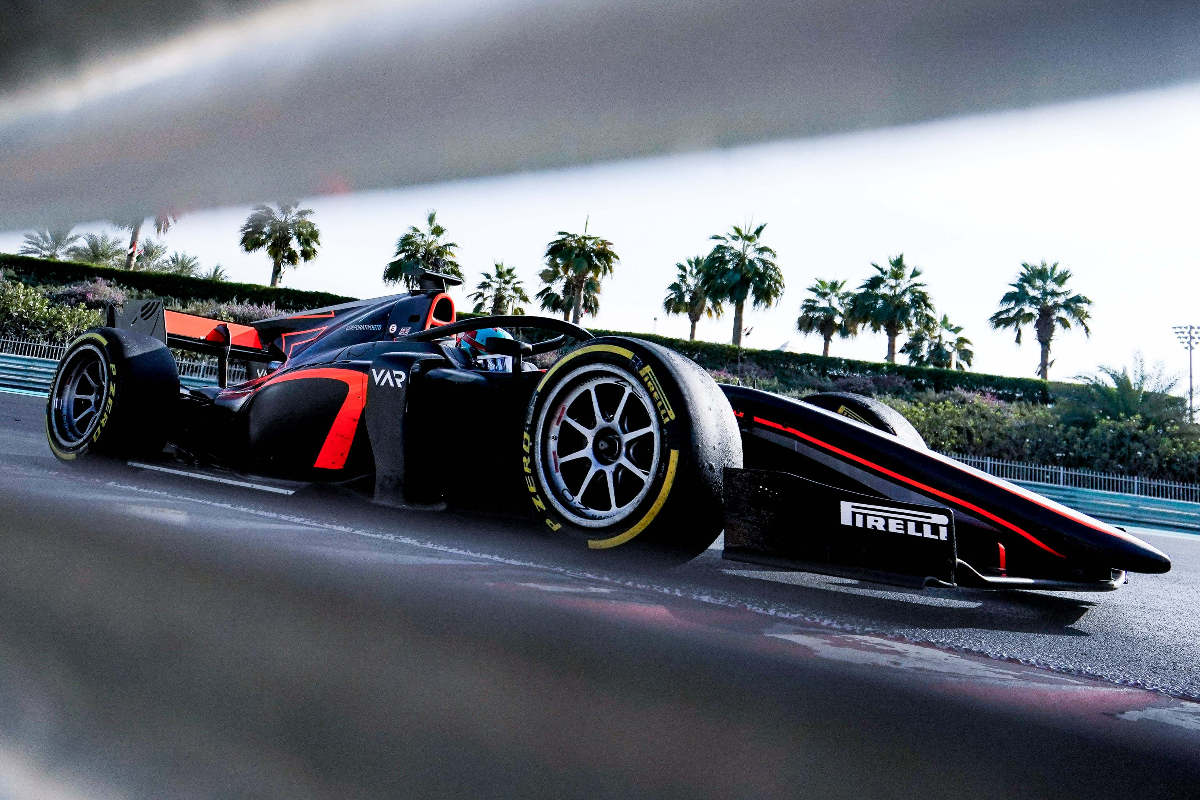 “In the beginning, you’d think it’s a hell of a task to bring it all to the other side of the world and then you start working with it and to do it step-by-step. And in the end, everything’s here in Bahrain, you start working and driving. It’s more of what we did before, so it’s OK.”

Hughes in particular is an interesting and sensible choice for the outfit. While he does lack F2 mileage compared to the other top talents in the championship, the 27-year old is massively experienced in single-seaters’ tertiary level and does extensive simulator work for Mercedes and its clients in the F1 and FE world championships. It means he is arguably one of the strongest development drivers you could find in junior single-seaters. That’s ideal for a new team at any level, including F2.

“I think it is beneficial for both of us, for him as a driver and helping us as a team it’s also a big benefit,” Niessink said of Hughes. “Of course we’re new to it. We did our inquiries and investigations etc, we did our homework, but in reality you need an experienced driver like Jake to help us and work together to get the results we’re aiming for.”

From Hughes’ 10 F2 starts with HWA he’s already picked up an impressive fourth place, a result Cordeel last achieved in a Formula Regional winter series race in 2019. With little to show from the last three years, he has a lot to learn from Hughes.

“I think in every race team regardless of category you always hope you find a proper line-up with one experienced driver next to a talented rookie, so that the rookie can learn from the experienced driver. And that he’ll be the experienced one the year after and there’s a new rookie coming in. Basically that system continues in each team you’re going to run, and that’s a perfect world. And of course, it doesn’t always work,” said Niessink.

“In our particular case now with Jake, he’s for us of massive importance to work together and give some guidance based on his experience. He’s talented, he’s fast, so that will help us. And then we need to see where we are getting the combination of the two drivers and [hope for] Amaury to pick it up and see how we can build it with an eye on the future. So for us it’s important, and I think in general it’s always important to have an experienced driver next to a rookie.” 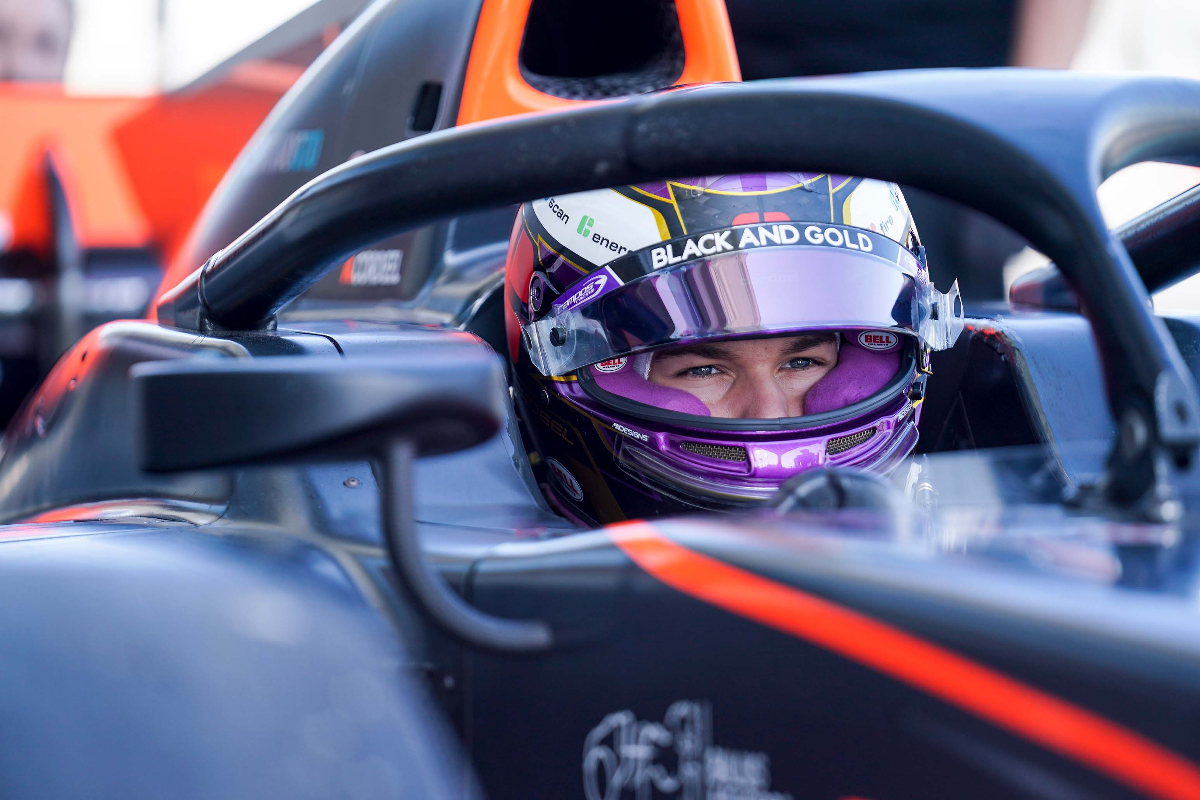 To expect success from the off for VAR would be tricky, with high-level stiff competition, a group of technical staff trailing in experience to rivals and that the outfit is simply without the routine experience of F2 its rivals have had. Everyone else has two years of running with the 18-inch tyres, and most teams spent the two years before that with the Dallara F2 2018 car.

So there’s plenty of catch-up to be done. Success doesn’t always come overnight but VAR has the quality and capabilities of getting itself to the front in the coming years if this is a long-term project. As for 2022, its progress will be a fun subplot to the goings-on in the world of F2.