Max Esterson has been one of the stars of UK single-seater racing over the last two years. Formula Scout spoke to him about his 2022 GB3 season and how Esports and FFord have helped his development

2022 was a year that ended with mixed emotions for Esterson. Having shone in his first season of GB3 with Douglas Motorsport, he returned to the Formula Ford 1600 category with unfinished business and went one better than his 2021 result by winning the FFord Festival. But he was left, in his words, with “a bitter taste” after a post-race penalty denied him a second consecutive Walter Hayes Trophy triumph two weeks later.

Despite the controversial ending, his performances at the two showpiece FF1600 events were unquestionably impressive. Next year he will race with Fortec Motorsports for a second assault at GB3, where we will be aiming to build on a 2022 campaign that included a win in just his third weekend.

“Pretty up and down,” the 20-year-old tells Formula Scout after finishing seventh in the GB3 standings. “I would have liked a bit more consistency. To be honest, out of the whole field I was probably the one who was making the biggest step up from what I was doing last year and just from my career in general.”

After making a slightly inconspicuous start to his first GB3 campaign at Oulton Park, Esterson hit form in round two at Silverstone with a pair of fourth places. He then took his first podium next time out at Donington Park before converting pole into a maiden win in race two. He then added a further podium finish during a strong weekend at Spa-Francorchamps.

“The first round was tricky at Oulton Park and I think it’s the most difficult circuit,” he says. “I’ve always struggled a bit there, so I knew that one would be a bit tough. But the next weekend at Silverstone two fourths, and a third and first at Donington was fantastic. And obviously Spa, on the podium, was great.”

The final three rounds of the season proved more tricky, as he was left battling towards the lower end of the top 10, and he was further hampered by incidents in two of the reversed-grid races. 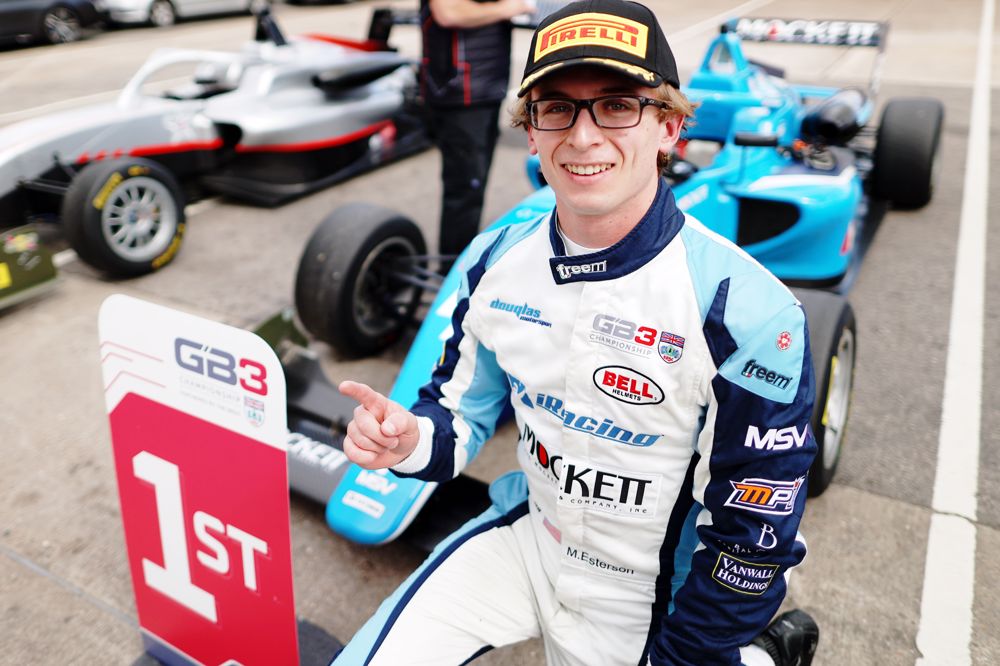 “I don’t think we’ve been too far [off],” he reflects. “It’s just you need everything working exactly right, driver, car, conditions, you need everything to work in your favour. I wish I had a clear answer why I wasn’t up front but that’s how it is sometimes. Considering the step up I should be pretty proud of what I’ve done, but I wanted a bit more.”

Esterson’s background is different to many of his rivals in GB3, having started out in Esports before making a successful transition into real-world racing.

“To be honest it was never really a thought,” Esterson says of his childhood years growing up in New York. “Real racing for me was something to spectate or to go watch on TV, it was never a thought that I’d get into a car, or even a kart. It’s just something that I’d watch. So it was sort of an afterthought.

“I think on the sim I started at nine or 10 on iRacing. Then maybe when I was 13 or 14 I realised I was getting quite good, and then ended up in the top 50 in the world on iRacing. I was competing in what they call the Pro Series on there.

“I didn’t get into a kart until I was almost 16, so definitely a late start. One summer I went to a karting summer camp for two or three days and realised it’s a lot of fun.”

With relatively little karting experience before stepping up into single-seaters, sim racing has formed the foundation for his driving skills, and he says some of the techniques learned have helped him in adapting quickly.

“Yeah, a lot,” he reveals. “The mechanics of the cars, different braking techniques and how it affects the car. Just see how the car responds to different things: throttle, brake, how aggressive you are. When I started [racing real cars] that was my knowledge base because I didn’t have much in karting. And the tracks, I know every track.

“That was my starting point, that’s what I was going off and it seems to have worked pretty well, so I picked it up quite quickly.” 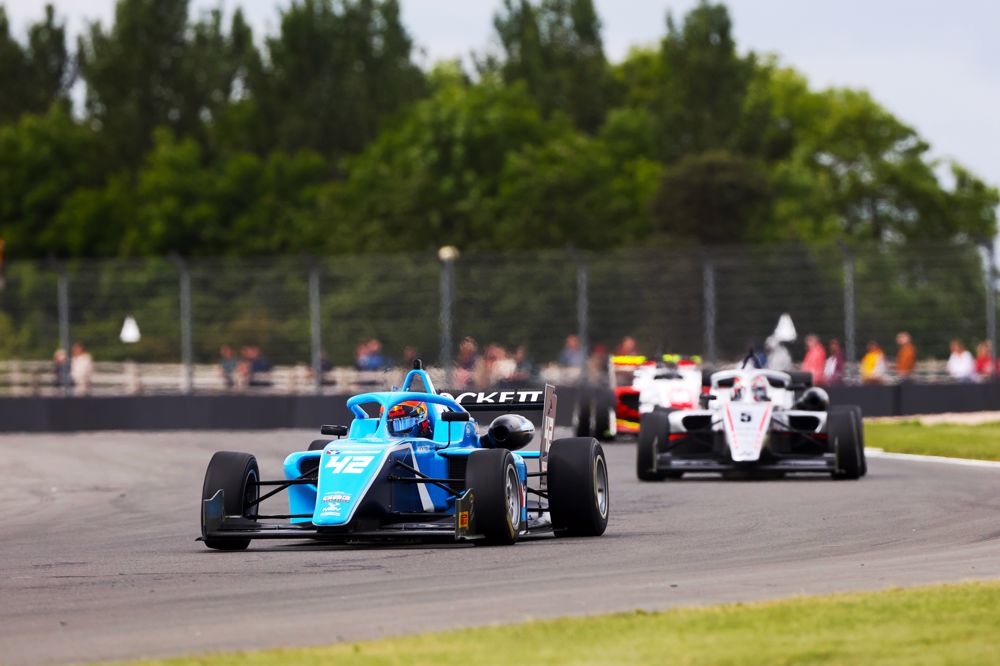 It’s not just the technical side of sim racing that has been transferrable for Esterson. Having competed at the top level on the iRacing platform, with a class victory in the Sebring 12 Hours among his sim racing accolades, he says the mental aspect of dealing with pressure has proved beneficial.

“The mental side of being in races, battling, is there, it’s real,” he says. “The heart rate is up when you are on the grid on iRacing, it’s the same feeling, the same nerves. It’s super competitive. Over 100,000 people, so the pool of talent is much larger. The top levels of iRacing are insane, how competitive they are.”

Esterson continues to receive backing from iRacing in his real-world career, and he uses the platform as part of his pre-race weekend preparation, which not only involves getting his eye in for each track but also working on technical and mental aspects of his performance.

“They don’t have the exact car [of GB3 in iRacing] so you can’t compare apples to apples, but just getting my eye in is the big thing. It’s a similar speed, even a bit quicker the car I’m using in the sim, so just to have the references coming at you [helps].

“Also making sure you are working on things that you learned last time you tested at the track, working on those in the sim.

“I also try to work on consistency, or set a timer to make it so you are under pressure, like you need to put a lap in in qualifying, something like that, it’s useful to use it that way.”

Esterson’s car racing career started in 2020 in the United States’ national F1600 Championship Series, which uses wingless cars similar to FFord. He finished fifth in the standings, despite missing the last four races, and claimed one win and three pole positions with Team Pelfrey. Esterson also made a winning cameo in the winged F2000 series. At the end of that year he had his first taste of racing in Britain at the FFord Festival and WHT, and found the Kent-powered Ray car better to drive than the US’s Honda-powered Mygale equivalent. 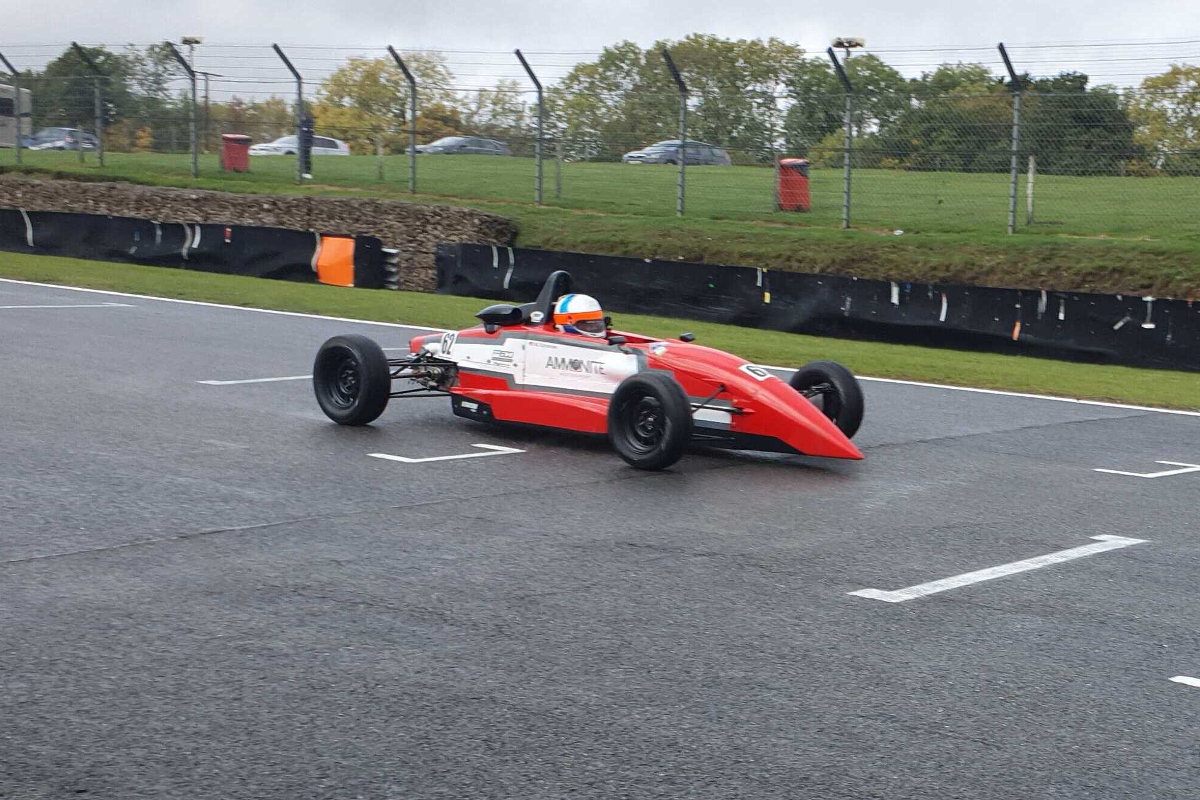 “The car is correct, it’s light, the tyres are right. And I think maybe the tracks are better suited over here than they are in the US, but I think a lot of it is just the engine and tyre combo.

“I still think they are the most fun cars to drive. I’ve driven FIA Formula 3, Euroformula, and I still think the FFord is the most fun. A great class, just so nice to be able to race closely. And it’s super-aggressive. The races are the best you’ll see anywhere, a lot of fun.”

Remaining in the category in 2021 with Low Dempsey Racing, Esterson won twice en-route to third in BRSCC National FF1600, remaining in title contention until the final round.

“It was big,” Esterson recalls. “The season was good, to win a couple of races and always be in the fight for the lead. But I always seemed to come up a bit short for the most part. I was always there in the battle for the lead, but I didn’t capitalise as many times as I could have really.”

Having been selected by the Team USA Scholarship, Esterson starred at the two end-of-year showpiece events. After a set-up issue hampered him in his semi-final of the FFord Festival, he climbed from the seventh row to finish second in the final. A week later, he won his heat, semi-final and then the final at the Walter Hayes, a feat he feels was vital for his career.

“I knew I had two more [events] to go, so it was important. The Festival, I dominated the first half of the weekend, and it was a disaster in the semi, pretty awful. I went from first to seventh in like eight laps or something, so that put me 13th on the grid. It was just all or nothing in the final, and I almost did it. I was disappointed.

“And then the Hayes, obviously, was great. I had to win it really, it was a must. Obviously it’s nice to win the last race of the year, it’s kind of the one everyone remembers.” 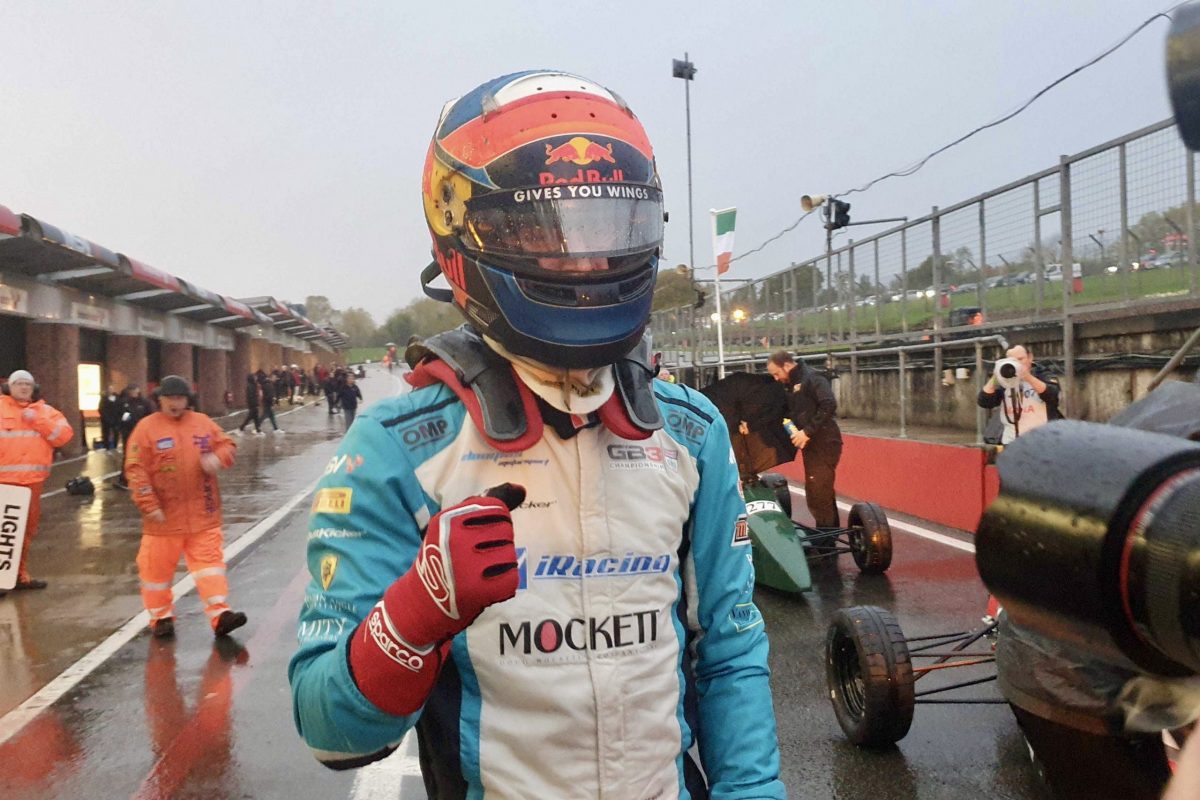 He put the same pressure on himself to perform on his return to FF1600 late this year, after the results had tailed off in the second half of his GB3 season, and he feels his triumph in the shortened Festival final provided a timely confidence boost.

“After finishing second last year it was a dream come true.  I think we all know now I still have it. It helps, it’s all about confidence, it’s half the game.”

Despite losing his on-the-road win last month in the final of the WHT, Esterson put his name firmly back on the map with his recent FF1600 performances and it demonstrated both his abilities and also the high esteem the entry-level category is still held in by the motorsport world. And he will likely continue to make headlines in GB3 next season, where he will be aiming to add more trophies to the cabinet.

F4 season review: Double champion Antonelli in a class of his own