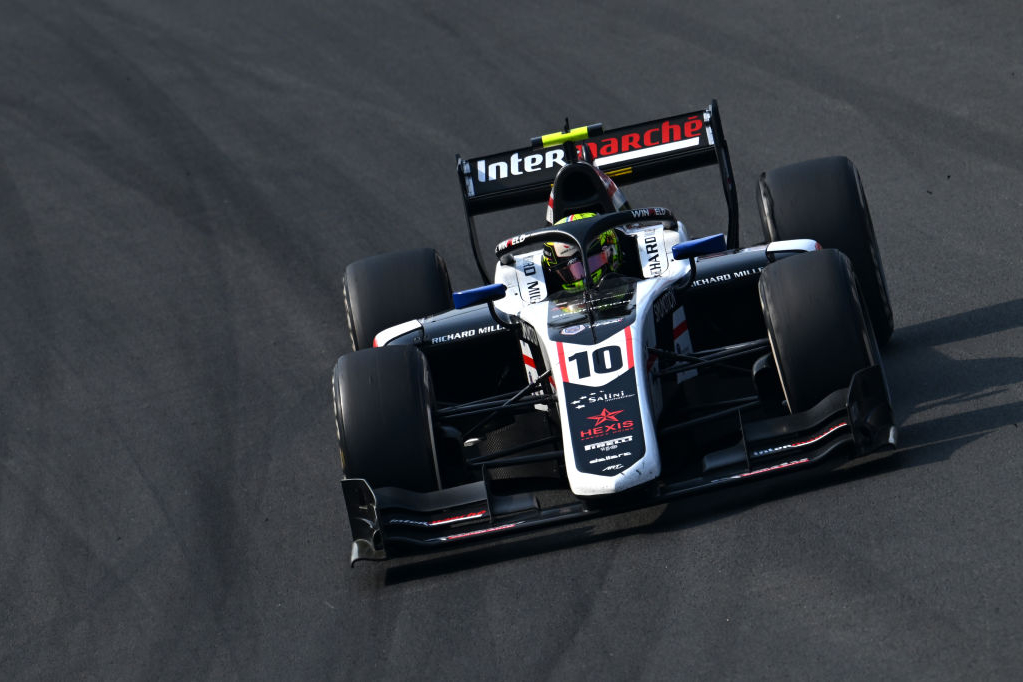 Theo Pourchaire had a points-free weekend at Monza that ended his 2022 Formula 2 title ambitions, but it could have gone very differently were it not for one yellow flag.

The ART Grand Prix driver was fourth fastest in practice, ahead of championship leader MP Motorsport’s Felipe Drugovich, but could only qualify 14th as yellow flags at Parabolica following a crash for DAMS’ Ayumu Iwasa compromised his last run.

Pourchaire had gone fastest of anyone in the middle sector before he had to abort his lap, and it meant he was mired in the midfield for the start of both races when he believed he had the pace to be on pole.

“The qualifying was good for me until that last lap, unfortunately,” Pourchaire said to Formula Scout.

“The first push of run two in qualifying, I had some traffic and I did also some mistakes because of the traffic. It was not a good lap, but anyway I had the second push to recover from that.

“And in the second push I was really close to pole position, I think I was getting that pole position, I was purple sector two and I had very, very good slipstream so even with normal driving in the last corner, without doing any mistake and being on the safe side, I could have been on pole position. Unfortunately there was the yellow flag, so P14, it’s like that.”

Pourchaire took confidence not only from the fact that Monza is a track where lowly start positions can be overcome, but that he was back on the pace in F2 compared to the previous two rounds at Spa-Francorchamps and Zandvoort.

“I am one of the quickest here at least. Easy top three in terms of pace,” he said.

However his hopes of rising up the order to take the title fight with Drugovich to the final round in Abu Dhabi failed.

Although Drugovich retired due to a clash on the opening lap of the Monza sprint race, which he started from 12th place, Pourchaire also fell foul of midfield battles as an attempt to pass Carlin’s Liam Lawson in the second half of the race led to him going into the gravel exiting the first chicane and dropping to last place. To compound his misery, he was penalised for the incident too.

A distant 17th place finish meant Drugovich was crowned champion with three races to spare, and Pourchaire was unable to reinforce his second place in the standings in Sunday’s feature race as exiting the first chicane on lap one he was caught between two cars and then crashed out.

Pourchaire leads a five-way fight to be this year’s F2 runner-up, with a 29-point gap between himself and closest opponent Logan Sargeant (Carlin) and a total of 39 points available to score in the season finale.