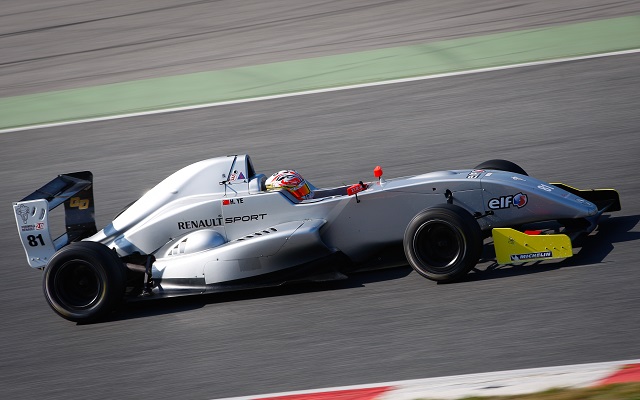 Chinese duo of Kang Ling and Hong Li Ye will race in Formula Renault 2.0 Alps in 2014, having signed with Finnish squad Koiranen GP.

Kang Ling, 17, won the Asian Karting Championship in the x30 Senior class in 2012 and made the graduation to French F4, where he finished 20th.

“After several winter test days with Koiranen GP, I feel very good with the team,” said the 17-year-old. “I will try my best to have a good result, knowing that the field is very experienced and competitive this year”.

Hong Li Ye, 21, raced part-time in the Asian Formula Renault Challenge series’ 2013 season and took four class wins in four races in the Asian Category. He broke into the top ten several times during Eurocup Formula Renault’s collective testing at Catalunya and will be competing on a part-time basis in the Alps championship.

“I am very excited by this new adventure which will start next week with our first week at Imola,” confirmed the 21-year-old racer. “Together with Afa Heikkinen [team boss], we will decide which races would be best for me this season and I will learn step-by-step all the major European tracks.”

In Koiranen’s Alps lineup, the two Chinese racers are joined by Nyck de Vries and the SMP duo of Vitaly Larionov and Mikhail Tarasov.