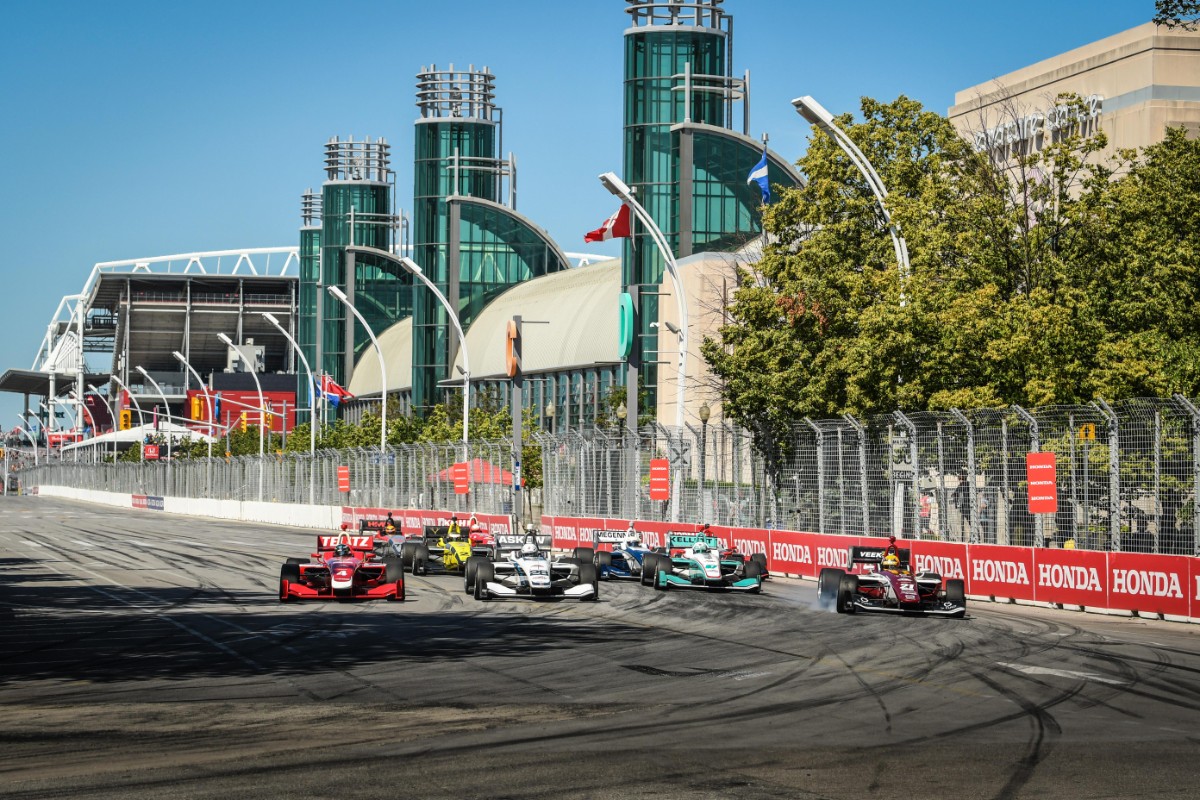 An extension to the ban on large organised gatherings in Toronto has led to IndyCar and its support races having to postpone their visit to the Canadian city.

The street circuit event was due to take place on July 10-12 and act as the third round of the delayed Indy Lights, Indy Pro 2000 and USF2000 seasons.

City officials had already applied a no exemptions barred policy of not granting event permits for major gatherings through to the end of June due to the global coronavirus pandemic, and have now extended that to July 31 for gatherings of 250 or more people and to August 31 for events that attract 25,000 or more people.

“It is with deep regret that we are forced to extend the cancellation of large festivals to continue to stop the spread of COVID-19 and save lives,” said Toronto city major John Tory.

“Special events and festivals are critical to the livability, vitality and economic success of Toronto, and that is why we are launching the Cultural Festivals Recovery Program to ensure that when we defeat COVID-19, these festivals can return safely and contribute to Toronto’s economic recovery.”

Honda Indy Toronto’s organisers anticipated the city’s decision and “preparations and discussions have been ongoing with the City of Toronto, Exhbition Place, Honda Canada and IndyCar to explore alternate date options for 2020”.

Average spectator attendance for the event far surpasses the 25,000 mark, meaning a rescheduled race would have to take place behind closed doors if it were to be held before September.

The first free slot on the IndyCar calendar is August 1/2, with the next free spot being two weeks later. Racing on August 16 would require the IndyCar, Indy Lights and IP2000 teams to race for four weekends in a row.

Similarly, if Toronto was rescheduled for September 5/6 it would set up a run of five successive weekends with racing, while September 26/27 would create another quadruple-header.

A mid-October date is therefore most likely if Toronto is to remain on the calendar, with St. Petersburg already pinned down as the season finale on October 25. Any date after that would be near-impossible for Toronto anyway, due to the city’s high chance of snowfall and sub-zero temperatures.

Five young drivers Renault should take a F1 chance on