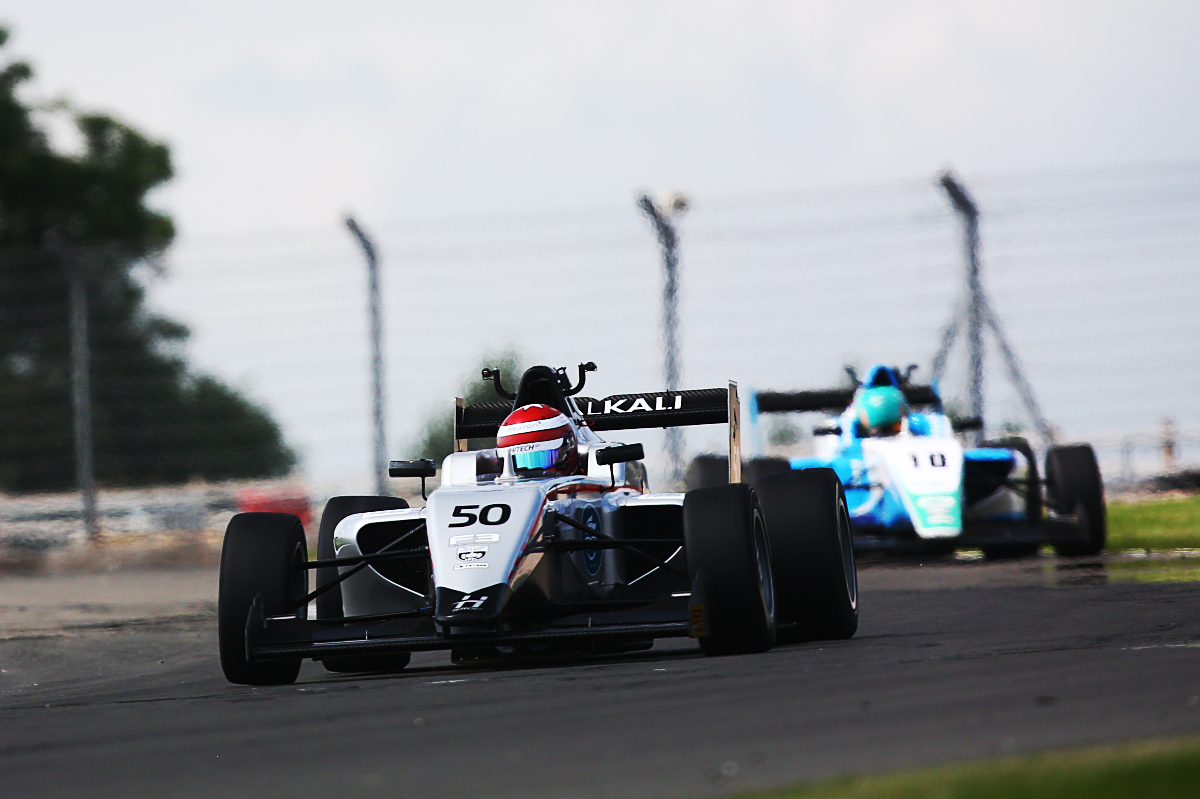 Bart Horsten headed the second day of BRDC British Formula 3’s pre-event Donington Park test, although he ended up in the gravel after setting his fastest lap.

The Australian went off at the Esses, but despite losing track time he wasn’t moved off the top spot.

The top five was completed by Roberto Faria, who was third fastest in the morning and then caused a lengthy red flag stoppage in the afternoon by going into the gravel, and the afternoon’s second fastest driver Zak O’Sullivan.

Elite Motorsport’s Tom Lebbon was sixth, just over two tenths of a second slower than Horsten. Lebbon’s team-mate Javier Sagrera, who had set the pace in Thursday’s running, was eighth fastest overall on Friday.

Of the 17-car field, only Fortec Motorsports’ Mikkel Grundtvig and Douglas Motorsport’s Reema Juffali were more than a second off Horsten’s pace.