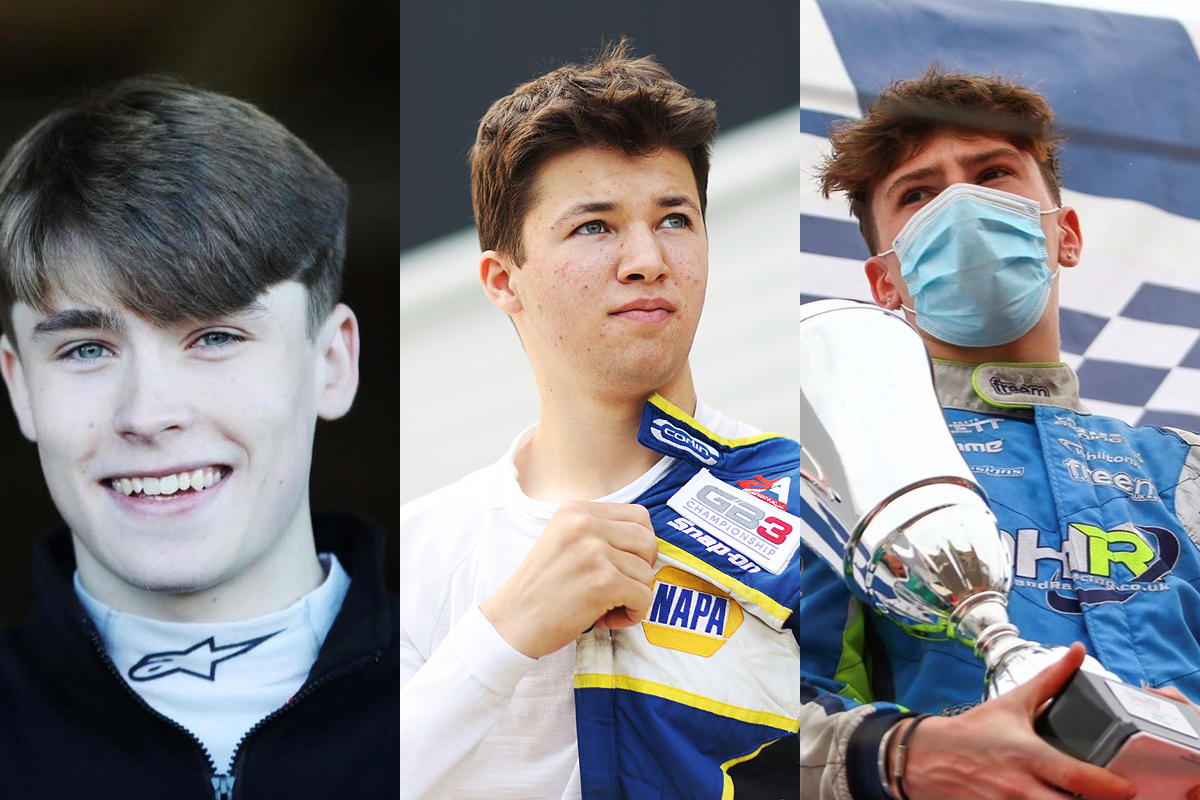 Hitech GP has revealed the names of its three drivers in GB3 this year, with Luke Browning and Bryce Aron switching teams and Cian Shields joining straight from karting.

After winning the British Formula 4 title in 2020, Browning (pictured left) switched to the ADAC series last year with US Racing and came third overall but also made his GB3 debut at Oulton Park in September with Fortec Motorsports – the team with which he claimed his F4 crown – and claimed a win in race two.

“I’m feeling excited and confident in the team, and I’m looking forward to fighting for victories this year. Pre-season testing has been great and we’re going to be well prepared for our campaign. Let’s go get it!”

Aron (pictured middle) finished 12th in the standings last season driving for Carlin, finishing every race with his best results a pair of fourth places.

That was after making the jump up from Formula Ford 1600, where as a Team USA scholar he finished fifth in the FFord Festival and then third in the Walter Hayes Trophy in 2020, when he also came fifth in the BRSCC National championship. He was previously third in the F1600 Championship Series in his homeland in 2019.

“I’m excited to be joining Hitech in the 2022 GB3 Championship,” Aron said. “I believe my experience as a second year driver in the series will be a great platform to build from. I can’t wait to get back in the car and get started.”

Shields (pictured right) was Benelux champion in X30 Junior karts in 2019 before moving up to Junior level in 2020 and taking third in the IAME Euro Series. He has undertaken a winter testing programme in readiness for his single-seater debut, appearing in Valencia as well as at British circuits.

“I am really looking forward to racing in GB3 this year with Hitech,” said Shields. “It is my first season in cars so I have a lot to learn but I am confident that with the help from Hitech, we can have a good season of racing.”

Hitech has been active in the series formerly known as BRDC British Formula 3 since 2020 and last year claimed three victories – two of them with Reece Ushijima who placed fourth in the standings.