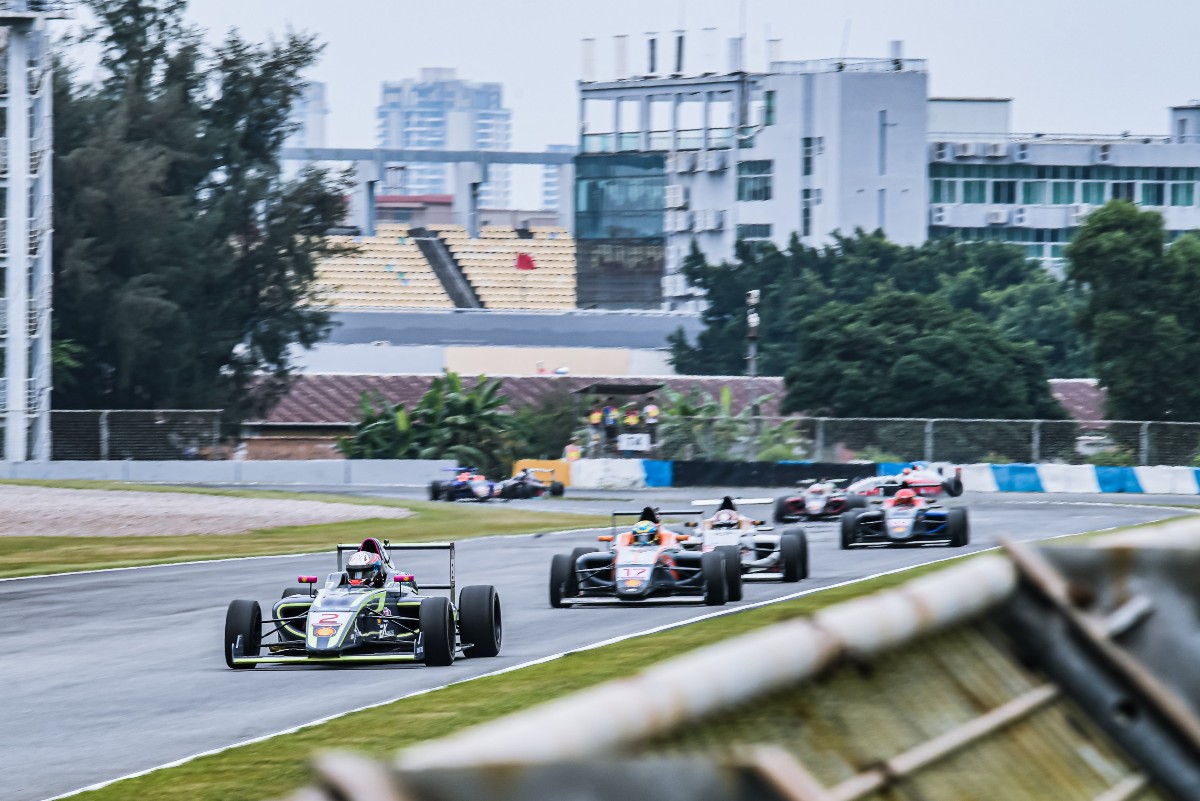 Charles Leong made it three wins in four starts in the second Chinese Formula 4 round at Zhuhai, as team-mate Zijian He closed in on the title.

Smart Life Racing’s Leong dominated the first Thursday race from pole, finishing with a winning margin of 12.095 seconds after 18 laps.

His charge at the front was aided by a race-long squabble over second place between He and FFA Racing’s Stephen Hong.

Points leader He threatened Leong into Turn 1 on the first lap after the poleman wheelspan heavily off the line, but it was Hong who was in second place on the outside line as they went through the corner.

He almost rear-end Hong later around the lap when he had a big front lock-up behind him, and it took two third of the race before he was able to pass Hong.

When He finally made his move to claim the points for victory (as 2017 champion Leong was classified as a guest) into the Turn 11 hairpin, he ran deep and Hong was lining him up all the way down the next straight.

He held onto second by hugging the inside line for the final corner, and after Hong locked up while angling for the position on the next lap their battle finally calmed down. Their duel in the end proved trivial, as Hong was disqualified along with LEO Geeke’s Tao Cheng.

Three cars didn’t start, while Weifu Huang and Yu Songtao were lapped after colliding early on.

Leong was denied the opportunity to make it four wins out of four in the reversed grid final race by a multi-car crash, but a Macanese driver still topped the podium as Chang took his first single-seater win since debuting in 2013.

He extended his championship lead with a second place finish, and now has a 91-point advantage over Hong and LEO Geeke’s Sicheng Li. There are 100 points available in the two-race double-points season finale in Macau, which will also count for the Macau Grand Prix.