Haxhiu and Matus to return to French F4 in 2015 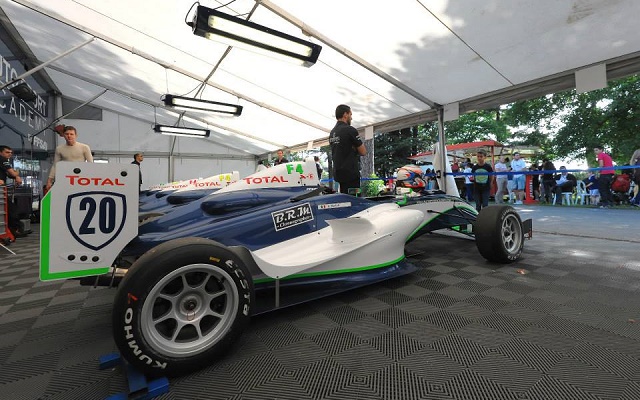 2014 French F4 debutants Gjergj Haxhiu and Axel Matus have confimed they will be returning to the series this year.

Haxhiu, 15, has declared he will continue in French F4 on his website. The Swiss-Albanian driver, who won several national championship titles in Switzerland over his karting career, was a race winner in his rookie season in Auto Sport Academy’s F4 series.

His sole win came in a reverse-grid win at Jerez and he made the top ten of five other occasions throughout the season, which added up to a 16th place overall.

Matus, 16, announced his return on Twitter. Prior to his graduation to cars, he raced in a number of championships in North and Central America, including four editions of SKUSA SuperNationals.

He scored one point in his debut campaign last year by finishing 11th in the penultimate Paul Ricard race.

Promising karting driver Gabriel Aubry previously announced he will be racing in the series in 2015.