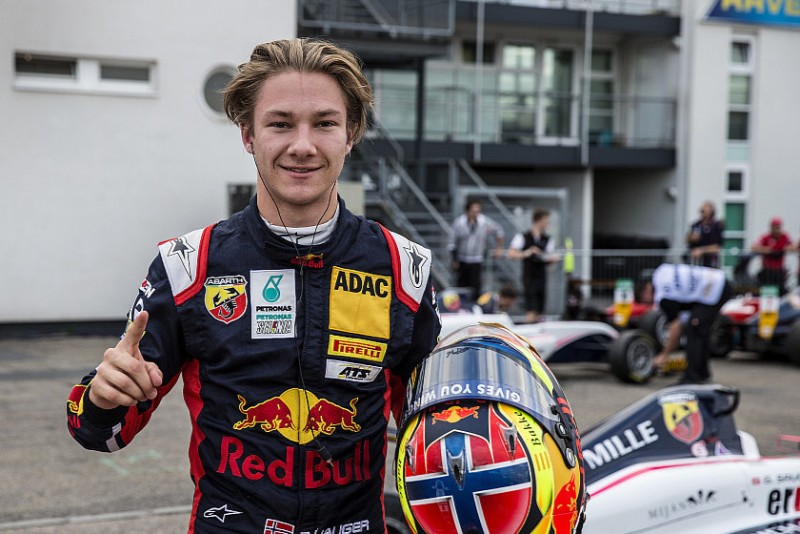 Dennis Hauger beat Arthur Leclerc to win a battle of Formula 1 juniors in the opening ADAC Formula 4 race at Hockenheim.

Sauber junior and championship leader Pourchaire led the opening three laps of the race, held mostly behind the safety car due to several lap one incidents.

He was demoted to second by Red Bull junior Hauger at the first hairpin on lap four, and stayed in the wheeltracks of the leader until the penultimate lap of the race.

Immediately behind the pair, and looking more attacking, was Pourchaire’s team-mate Leclerc. He attempted the same move Hauger had completed, but instead made side-on contact and put Pourchaire out of the race.

This gave Van Amersfoort Racing driver Hauger breathing room on the final lap, and promoted Mucke Motorsport’s Niklas Krutten to the final podium spot. That could become second though as Leclerc is under investigation.

Krutten had battled with Prema’s Mercedes junior Paul Aron early on and the pair had worked together to close onto the back of the podium battle.

R-ace GP’s Gregoire Saucy finished a lonely fifth, with Gianluca Petecof coming from the back of the grid to take sixth for Prema. He was just ahead of VAR’s Ido Cohen, who showed immense car control when he flung it off track at the final corner and only lost three places.