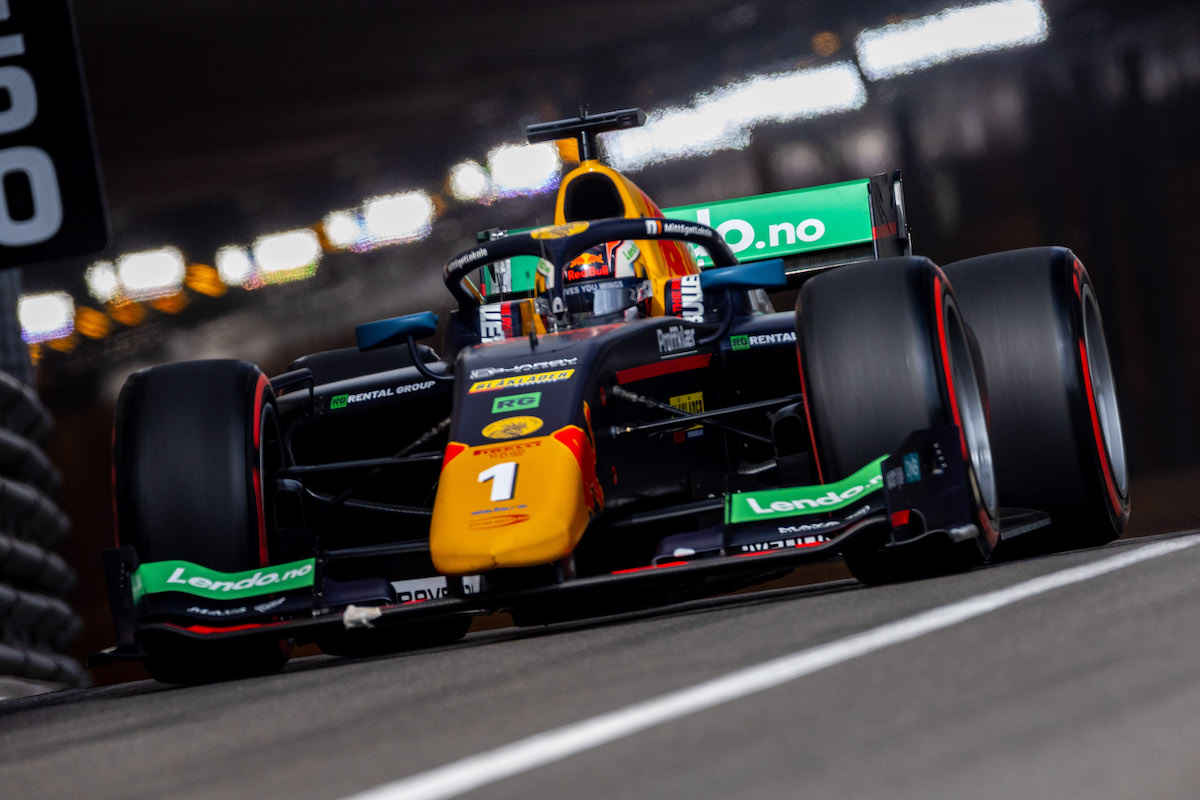 Dennis Hauger has taken his maiden Formula 2 victory in the sprint race at Monte-Carlo, claiming the win after pole-sitter Jake Hughes stalled on the starting grid.

Van Amersfoort Racing won their race against time to get Hughes’s car on the grid after his heavy qualifying crash on Friday, but he was unable to get away cleanly when the lights went out.

Prema driver Hauger held the lead after the start and through a safety car restart, ahead of his Prema teammate Jehan Daruvala and Hitech’s Marcus Armstrong. Hauger extended the lead in the final laps to over five seconds.

Armstrong began to close the gap to Daruvala in the closing laps but was unable to make a move and had to settle for the final podium position.

Theo Pourchaire had a strong start to finish sixth, behind Enzo Fittipaldi and Juri Vips to close the gap to the championship leader Felipe Drugovich, who ultimately retired after a strange gamble on wet tyres.

The MP Motorsport driver had an incident at the first corner which caused him to come into the pits with a puncture. With clouds appearing over the circuit, his team gambled on a switch to wet tyres but Drugovich switched back to slicks two laps later.

Team-mate Clement Novalak retired after hitting the wall at the exit of Rascasse when he was run out wide by Ayumu Iwasa, who received a 10-second penalty for the the incident which brought out the only safety car of the race.

Seventh-placed Jack Doohan secured the fastest lap on the final lap of the race, taking the bonus point from the clutches of Pourchaire.