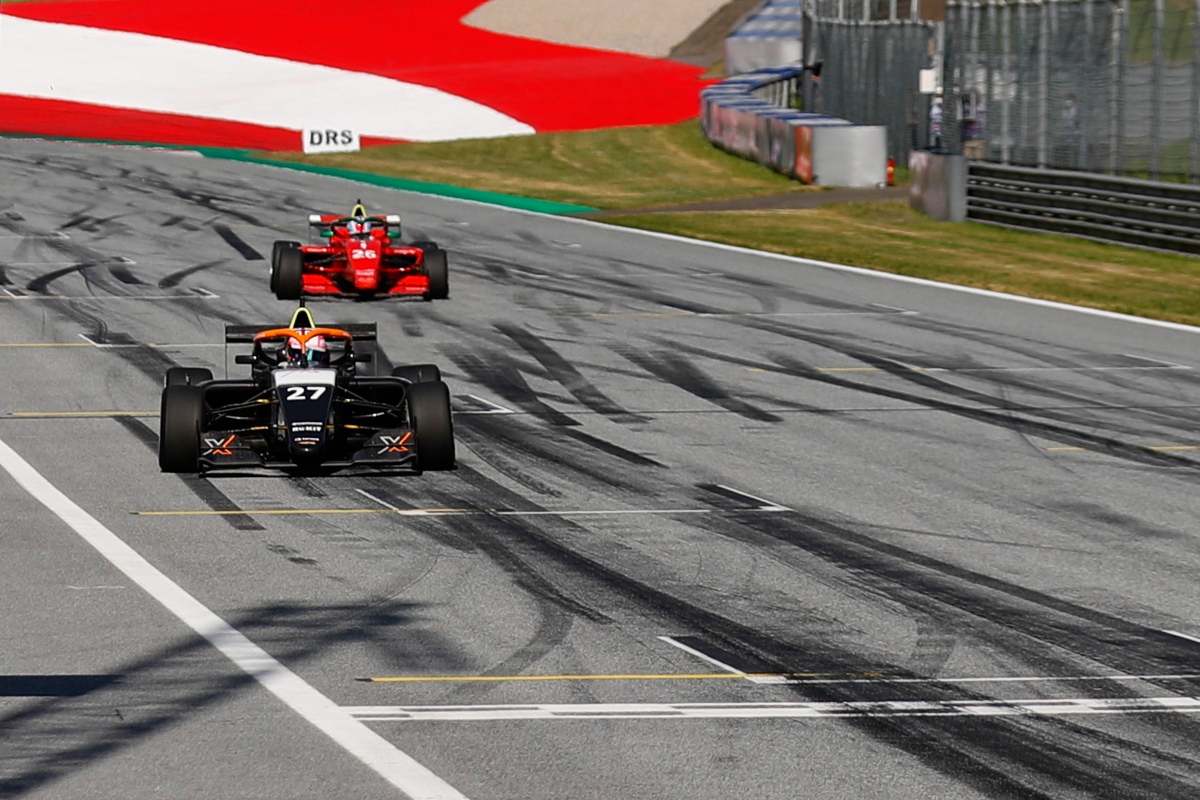 After cancelling its 2020 season, W Series said its return “unquestionably will be bigger and better”. Racing action finally got back underway at the Red Bull Ring last weekend, so has it lived up to expectations?

In the run-up to W Series’ racing return, it felt apt to binge-watch its six-part ‘Driven’ documentary on Channel 4’s On Demand service. It’s been so long since any meaningful running (done in public), and the whole world has changed drastically since Brands Hatch last August.

The television show gave a good reminder of the highs, lows and controversy while providing some good insight into how some of the key figures at W Series worked. It was also worthwhile to see how 2019’s returning drivers have evolved.

During the gap year, championship CEO Catherine Bond Muir told Formula Scout that her series would bounce back “bigger and better” in 2021.

The way the pandemic has played out has prevented things from reopening as quickly as we all would like. Regardless, there are some notable changes aside from Formula 1 coming onboard – as was evident in the graphics package.

On the eve of the season, it also announced its ‘teams’ branding. The concept makes total sense from a marketing point of view, and makes drivers easier to distuinguish on track, but it is a bit sad to be without the vividly bold colours of season one. A black/white colour scheme just doesn’t feel very W Series, even if some of the new schemes are wonderfully striking.

When W Series opted for its F1-tied calendar, which is starting considerably later than any other series, the hope was to be able to welcome fans back into the paddock and for the ‘new normal’ to be in full swing. Sadly, that isn’t quite the case yet.

So, in terms of fan engagement on-site, it will be one of those ‘wait and see’ things – likely as we get into the 2022 season. 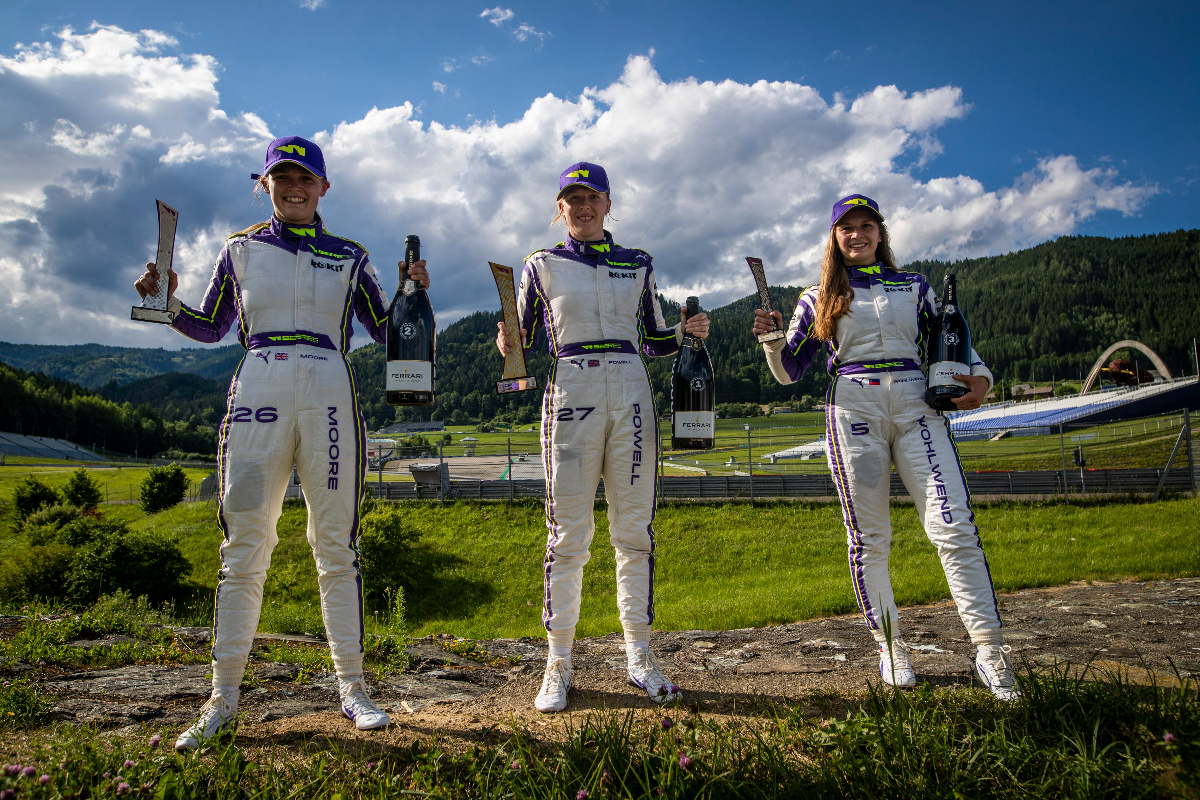 That means you can only judge what was on track, and one race on Saturday (with just 90 minutes of overall track action across the weekend) is significantly less than what Formula 2 and FIA Formula 3 Championship get each weekend on the F1 support bill. Bar the season opener and the Mexico City finale, each W Series round will run alongside either F2 or F3.

There were technical issues that plagued the weekend too. Free practice could be followed via live timing on the series’ new website, which crashed as the session began and had had only been launched a few days prior, and on top of that their presenter Billy Monger, the 2019 Pau Grand Prix winner, tested positive for COVID-19 and therefore ruled out his Whisper Films colleagues from being in the paddock. Not only did that affect Channel 4’s coverage of F1, but of W Series too. Fortunately, the ever-dependable Ben Edwards was able to step remotely in alongside David Coulthard, while W Series reserve driver Naomi Schiff did a superb job single-handedly taking on presenting and pitlane reporting roles.

When the cars did go out for qualifying, with live timing now fully functional, it was evident that the field was so much tighter than it was in 2019. Those who had been out of junior single-seater action for a while looked totally back at home, while some of those who challenged for the title two years ago struggled to make an impression for one reason or another.

Honestly, that is what W Series needed. It doesn’t need another Jamie Chadwick versus Beitske Visser storyline when their primary campaigns lie elsewhere, it needs those who had misfortune rule out their 2019 title prospects properly be in the mix, for other second-year drivers to make big steps forward and for the new drivers to be on the pace straight away.

That was the case across the board, and the top 15 were notably closer in qualifying than ever before (shown below using the distance off the absolute pace of 100% from different grid spots). And drivers who missed out on the feverish attention of 2019 made big gains to shine, such as Aston Martin F1-linked Jessica Hawkins.

Qualifying comparison by round (%)

Qualifying was where ex-GP3 racer Alice Powell and Regional Formula 3 rookie Belen Garcia stole many of the headlines. Polesitter Powell told Formula Scout she was excited about the Red Bull Ring (and getting to race on it twice) while third-placed Garcia credited her recent Formula Regional European Championship experience in assisting her for her debut.

While the racing itself was not without its skirmishes, it’s good to see that the naturally closer field was more than willing to get its elbows out and leave nothing on the table. Young drivers will have the odd prang here and there, and some of the more experienced heads found themselves in contact at round one. It shows that they’re pushing, as opposed to showing the occasional bit of over-passiveness that was on display in the first season after the opening laps.

The final few laps at the Red Bull Ring were messy after the restart, but it was circumstantial. Emma Kimilainen’s wing was damaged after contact with Visser, and the the pack up behind her slowed car. It was a tad surprising however that the series, coordinated by the BRSCC, didn’t show Kimilainen the black-and-orange flag before her wing spectacularly flew off.

Out front, the cool head of Powell was unstoppable, while Sarah Moore made history as the first openly LGBTQ+ driver at an F1 event to finish in a podium position after a fine performance in second place. Fabienne Wohlwend snatched an “unbelievable” third place. But the younger drivers also showed plenty of potential going forward. Garcia’s pace was great despite an off at the tricky Turn 6, Nerea Marti had strong pace and Irina Sidorkova – the youngest driver on the grid – showed absolutely no fear against anyone, Chadwick included.

Formula Scout queried the top three on their thoughts on the increased talent pool for this season after the race, and they were quick to highlight the selection process W Series has for its drivers.

“It’s not an easy process,” race winner Powell said. “It’s quite a stressful process, especially the first assessment that we had in 2019, a long time ago now. It’s great to see W Series giving the opportunity, and F1 as well, for letting us showcase our racing. 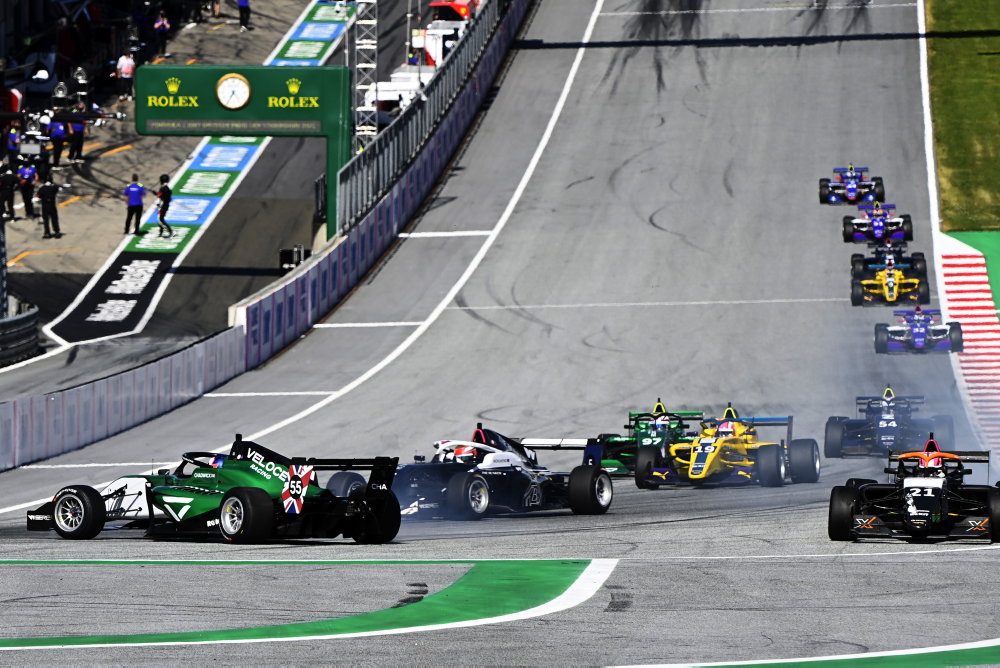 “I know some people still slate the championship, but it got me back out racing and gave me the opportunity to be driving again and having these experiences and racing in an F1 support race again which is incredible.

“As a driver, it’s lovely to run away with things but you want competition there to push you along and I certainly think we have got that this year.”

Moore said that “the selection process for W Series is definitely solid and, off the back of 2019, the quality of drivers has improved so much” and that it “was obvious” how much work has been put in during the lengthy break.

“There will be some good fights, some good racing this year for you all to watch and I just hope I can keep it towards the top of the times,” she added.

“I kind of followed [Belen Garcia’s] progress [in Spanish Formula 4] and I was actually quite surprised by her pace this weekend, but she’s in my team so that makes it good for me. The quality of drivers this year is absolutely fantastic, so full credit to W Series on the selection process on this one.”

Wohlwend, meanwhile, pointed out the Red Bull Ring’s short layout contributed to the close spread of the field on pace.

“I think the field is really strong, the field is super close together,” she said. “Also, the Red Bull Ring is a short track and I think therefore it’s extra close this weekend and also [will be] next weekend, but it’s exciting racing. It’s so cool, the fact that we have some sponsors, some teams coming in and supporting us that just shows how competitive and how well-known W Series is.” 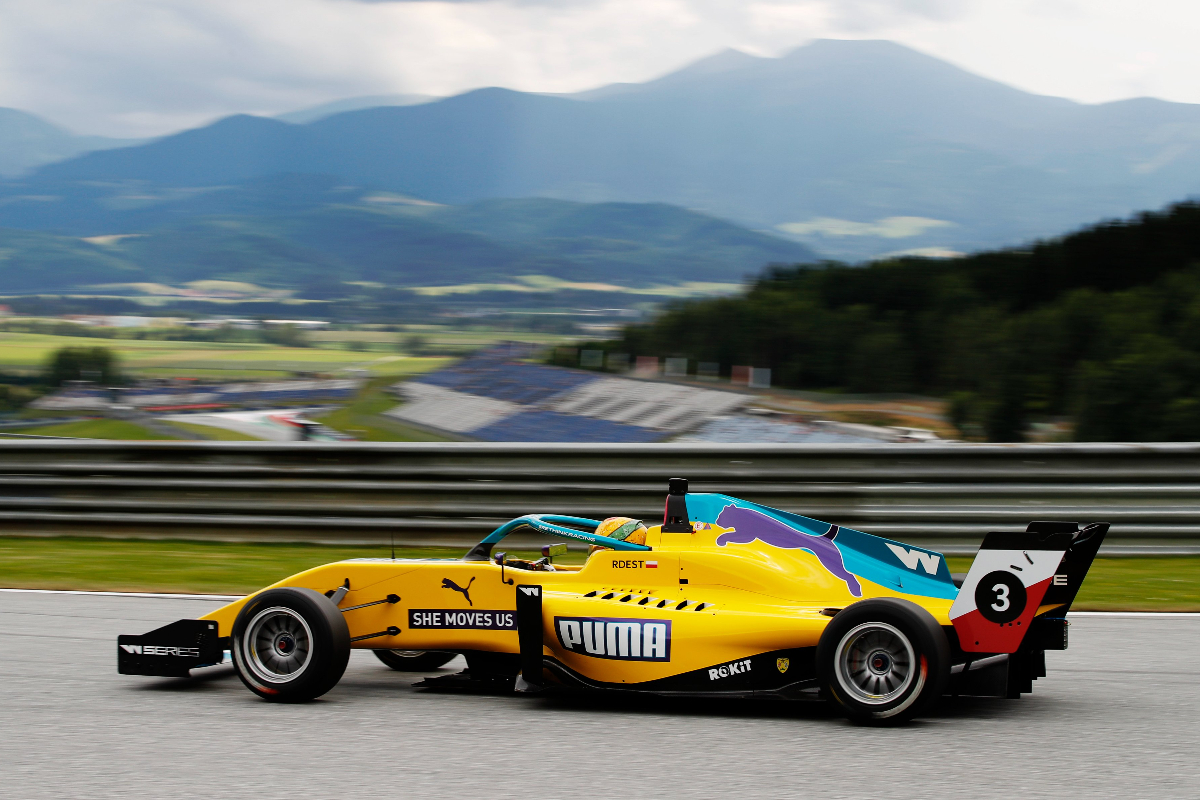 The increased strength in depth is important to W Series to valide its driver selections, which it actually made in advance of the cancelled 2020 season, and as more rival Regional F3 series spring up across the globe with their own selling points.

While the problems with presenters were largely out of W Series’ control, and the lack of the paddock buzz still reflects a world continuing to be ravaged by the pandemic, it did a decent job considering at the Red Bull Ring. In that regard, it’s not “bigger and better” as hoped – yet anyway. But the online issues were, regrettably, predictable from a technical standpoint.

The quality in the driving and professionalism from the drivers certainly feels far more apparent than the rainy weekend at Hockenheim more than two years ago that was the very first W Series race. That much is clear from the off, and it really needed to make that big step up this year as other series have used the pandemic’s onus on online activity to up their promotional game and turn their drivers into media personalities to match the bar that W Series set high in 2019.

Looking at the grid now in comparison to the previous race at Brands Hatch, 684 days prior, many more drivers are starting to showcase the potential to move onto some seriously high levels of motorsport on merit alone in the future.