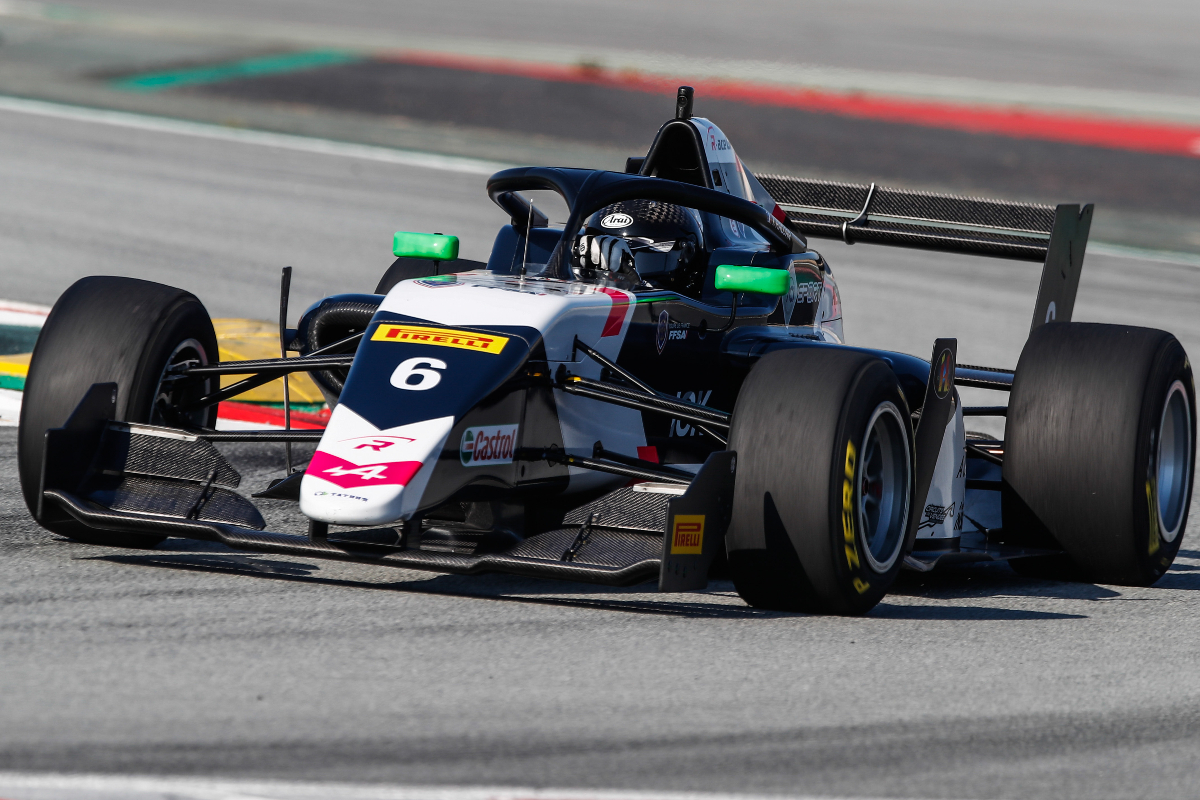 The Frenchman had gone joint fastest with ART Grand Prix’s Gregoire Saucy on the first day at the circuit, but on day two he claimed first place for himself by a tiny 0.011 seconds. R-ace’s Hadrien David and Zane Maloney were the next fastest drivers.

Despite warm temperatures, most teams opted to spend the majority of the Wednesday morning session in the pits and the order was set pretty early on. ART and Prema did spend more time on track than most, although the Prema drivers were outside of a top 16 that was spread by just a second on pace.

David set the early pace in the four-hour afternoon session, before Arden’s William Alatalo took over at the top. Only a third of the field had completed a lap one hour in, with Alatalo’s team-mate Alex Quinn taking over at the top soon after.

It wasn’t until the second half of the session that personal bests started being set again, with Saucy fastest and his team-mate Gabriele Mini rising to fourth.

Prema’s Paul Aron then went second fastest, becoming the first driver to improve on their morning best, and team-mate David Vidales came by a few minutes later with a session-topping 1m58.287s to improve from 18th to 14th on the day’s overall timesheet.

A timing glitch sent Van Amersfoort Racing’s Lorenzo Fluxa briefly to the top with a lap falsely recorded at 11.266s. but that was fixed by the end to show Vidales in first place again.

Mini also improved to bump Aron down to fourth fastest in the afternoon, and the Mercedes Formula 1 junior was 17th fastest across the day.