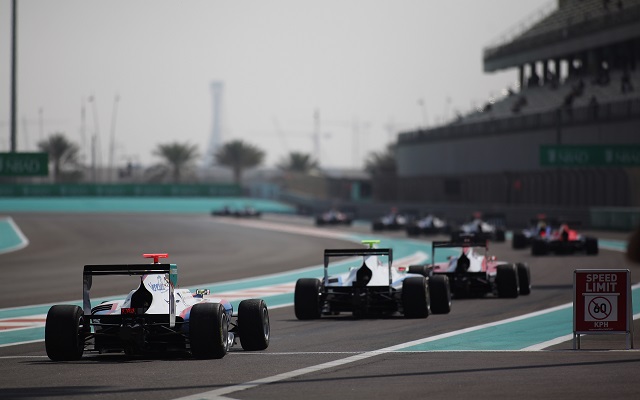 The GP3 Series have unveiled the 27 drivers who will partake in the opening day of post-season Abu Dhabi testing on November 5th.

Dean Stoneman will test with Koiranen following his successful return to single-seater racing at Abu Dhabi. He will be accompanied by Uruguayan talent Santiago Urrutia and Carmen Jorda.

The Russian Time squad, which will take over the GP3 team slot previously occupied by Bamboo, have enlisted the help of GP2 runner-up Sam Bird in testing. Alongside the Brit, Russian Time will field two drivers associated with their Motopark brand in lower championships – Jimmy Eriksson, who won German F3 with them in 2012, and Kuba Dalewski, who took a race win with the team in 2012 ADAC Formel Masters.

Carlin will run Nicholas Latifi and Jann Mardenborough, who competed in the 2013 European F3 season with the British squad. Emil Bernstorff will also join the lineup, having won races in German F3 this year.

Manor MP will be fielding Oliver Rowland on Tuesday and Wednesday, as team’s regular driver Ryan Cullen and GP3 race winner Melville McKee will accompany him on day one. Patric Niederhauser will test with his usual team Jenzer Motorsport, joined by David Fumanelli and Kevin Jorg.

Update: In a last-minute switch, GP3 regular Adderly Fong will test for Koiranen instead of Jorda.

* driver confirmed to test with team, exact day to be announced