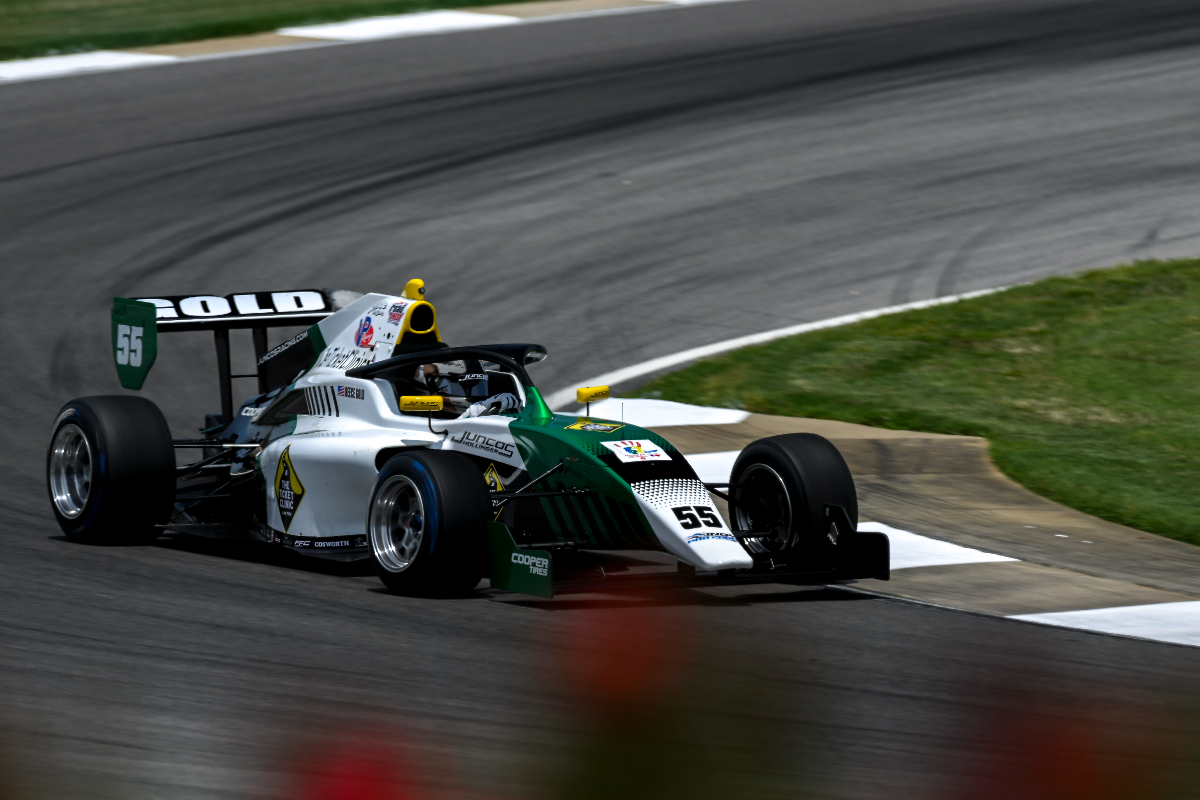 Reece Gold claimed his sixth Indy Pro 2000 pole in qualifying for race one of the weekend at Barber Motorsports Park.

Gold wasn’t even in the top half of the order, but he soon took four tenths of a second out of Green’s benchmark, as Siegel improved in second place.

Louis Foster, who is Exclusive Autosport’s only driver this weekend, then lapped just 0.0036s slower than Gold to prove his pace, and on his next lap he broke into the 1m17s and put himself on provisional pole ahead of Gold’s Juncos Hollinger Racing team-mate Enaam Ahmed and Green.

Gold returned to first place shortly after, with Ahmed and Green briefly shuffling Foster down to fourth place before he improved on the last lap of his first run to move back up to second place.

A break of five minutes meant it wasn’t until the final five minutes that the cars were back on track again for their second runs on fresh tyres, and Pabst Racing’s Colin Kaminsky jumped up to first place with just over two minutes to go.

His 1m17.5000s lap just put him ahead of an already improving Foster, as others couldn’t find more time due to traffic. Gold did get enough clean air to go faster, and he pinched pole in the final minute.

Ahmed and Jay Howard Driver Development’s Braden Eves improved to third and fourth before Porto brought out red flags with 14s remaining, which stopped anyone else from setting a quick lap and left Foster and Green ended up down in fifth and sixth.