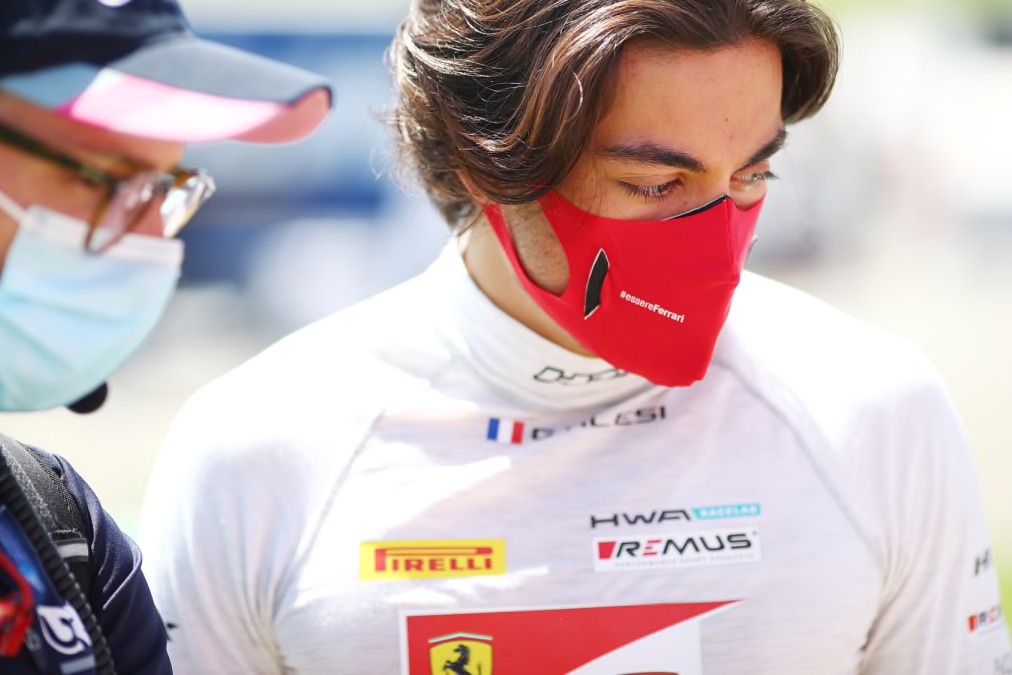 Giuliano Alesi, son of 1995 Canadian Grand Prix winner Jean, will depart the Ferrari Driver Academy this season as well as relocate his racing career to Asia.

The 21-year-old completed his first test in a Formula 1 car on Monday (January 25), driving Ferrari’s SF71H car from 2018 around its Fiorano test track.

It marked his last day with the manufacturer’s support, having been a Ferrari junior since his rookie GP3 season in 2016.

“I’d like to thank Ferrari and the FDA for this fantastic opportunity today,” said Alesi.

“To be able to get in the cockpit of the SF71H was incredibly exciting as was driving the car on track with my father watching and sporting the same race number he used.”

Alesi’s father took his sole F1 win with Ferrari, and has funded his son’s single-seater career since he debuted in French Formula 4 in 2015.

He took two wins in his debut weekend, and added another later in the season to finish fourth in the points. A leap up to GP3 beckoned after that, and in three seasons with Trident there he won four sprint races before graduating to Formula 2 in 2019.

For 2020 he switched teams to HWA Racelab but struggled at the back of the field, and made a mid-season switch to MP Motorsport that resulted in just two points finishes over the year and 17th in the standings.

He is one of several Ferrari juniors to test at Fiorano this week, and described his first experience of an F1 car.

“In terms of handling, the car is not too difficult to drive, but the power was surprising and never seems to end. The immediacy and efficiency of the braking is also impressive.

“This test was the best way possible for me to bid farewell to Ferrari. Now a new adventure awaits me in Asia and I can’t wait for it to start.”