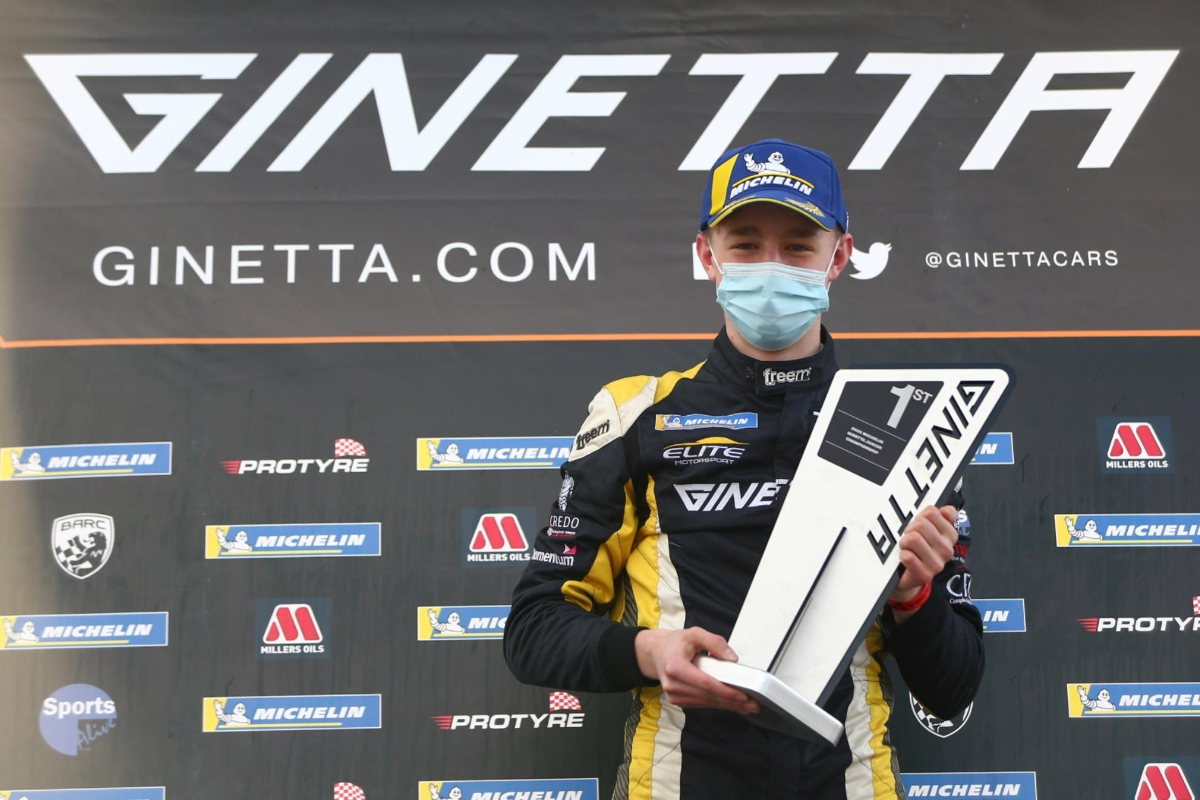 Reigning Ginetta Junior champion Tom Lebbon will make the switch to single-seater racing with Elite Motorsport, the same team that ran him in Ginettas, in BRDC British Formula 3 this year.

The 15-year-old graduated from junior karting to Ginetta Junior at the end of 2019, contesting the Winter Cup and becoming a Ginetta scholar for 2020. His first campaign in the main series resulted in title success with five wins.

After a shakedown run at Snetterton, Lebbon travelled to the Valencia circuit last December to test with the debuting Elite in its BRDC British F3 chassis as he planned the step up to the series for this year.

“My aim is to achieve a strong year in F3 while picking up some good finishes along the way,” said Lebbon.

“I want to use this year to learn and experience single-seater racing and develop my driving. I need to adapt to slick tyres and aero which is all new to me.

“I’ve only completed about five days in a F3 car, at Snetterton and Valencia, and testing has been pretty limited due to poor weather.

“I’ve a good bond with Elite and believe that they can compete at high level in British F3. They have won lots of races and championships and I believe they are a good choice despite Elite being new to the F3 paddock.”

Lebbon tested alongside Spanish F4 racer Javier Sagrera at Valencia, and the pair will team up again for the 2021 season.

“I’m absolutely delighted and excited to be announcing Tom in one of our BF3 cars,” Eddie Ives, Elite’s team manager, said.

“There are no better words to describe the season that he had in 2020 as ‘truly exceptional’ – a stunning performance.

“Moving up from Ginetta Juniors into a F3 single-seater is a big step for a driver so young and with just one year of [car] racing under his belt.

“But this is a two-year programme and I’m confident Tom will ultimately excel in the category.”