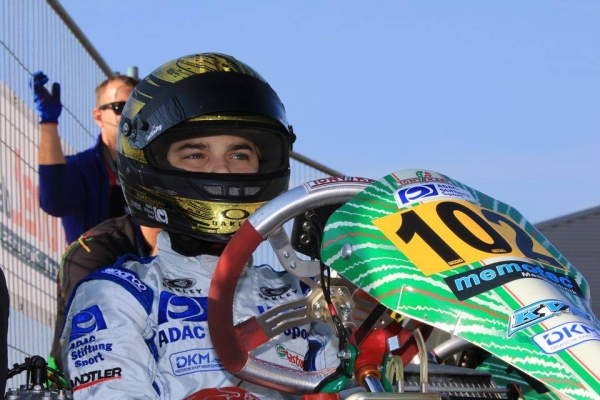 David Beckmann, one of the biggest German karting talents of the last couple of years, has announced his graduation to ADAC F4.

Beckmann, who similarly to George Russell?and?Dennis Olsen, is managed by Infinity Sports Management, will team up with leading German team Mucke Motorsport.

Beckmann has been very successful in karting, his international achievements include taking third in WSK KFJ Euro Series and fourth in KFJ Winter Cup in 2013, while he was fifth in the CIK-FIA European Championship last year.

He also was runner-up in the Junior German Championship two years ago, which was followed by the title in the following season after a close battle with Mick Schumacher.

Turning 15 exactly a day after the end of the first round, Beckmann will be forced to sit out for the season opener at Oschersleben.

“I had a lot of great fights in karting and I look forward to continue in Formula 4,” says Beckmann.

“Even though I’ll miss the first event I am confident. Our tests went promising and I feel comfortable in the car. I will be the youngest driver, just like I was in karting.

“After several tests, we chose Mucke Motorsport. The team is very professional and lots of future F1 drivers raced with them in the past.”

Beckmann is the third addition to Mucke’s lineup for the inaugural ADAC F4 season, he will join German duo Benjamin Mazatis and Mike Ortmann.

Marlon Stockinger teams up with Status to race in GP2