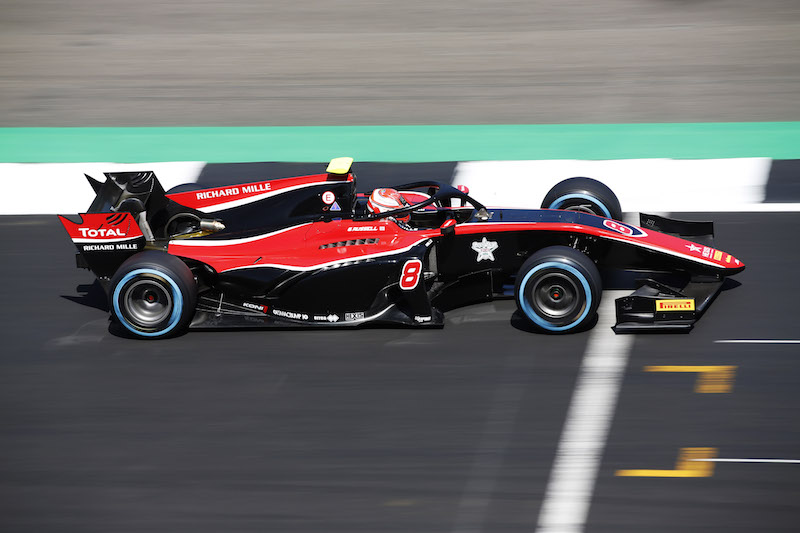 Formula 2 championship leader George Russell topped practice for his home round at Silverstone by seven tenths of a second.

Russell set his session-topping time of 1m40.410s a third of the way into the 45 minutes of running, just before Nicholas Latifi had a spin in the Maggotts and Becketts complex that triggered a virtual safety car.

ART Grand Prix driver Russell’s lap put him 0.71 seconds ahead of Alex Albon, and kept that margin after switching his focus to race runs.

Russell’s chief rival Lando Norris was third fastest, 0.036s behind Albon. Norris made small contact with Sean Gelael late in the session, with Gelael clipping Norris’ front wing as he turned in at Club.

Maximilian Gunther’s session ended early with an off through Maggotts/Becketts, where he had looked very loose on previous laps.

What made Dan Ticktum?