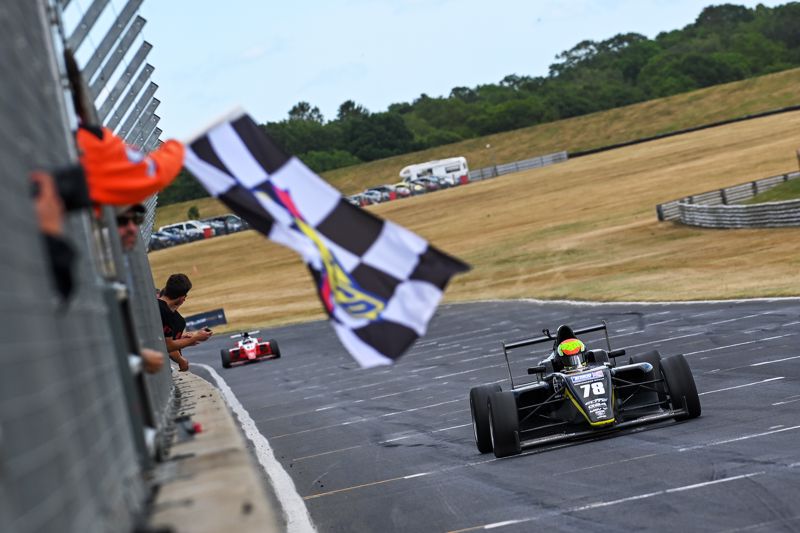 GB4 race-winner Jack Sherwood will race in Britain’s other Formula 4 series this weekend as he joins Chris Dittmann Racing’s line-up at Snetterton for the British F4 championship.

He then remained with Elite for his move into single-seater racing this year, joining the team in the new-for-2022 GB4 series. It uses Tatuus’s first-generation F4 car, while British F4 switched to the manufacturer’s Gen2 design this season.

Sherwood’s GB4 campaign so far has been a success, with one win and five other podiums from the first six rounds. There are two events to go of that championship, neither of which clash with British F4, and Sherwood sits sixth in the standings.

“I’m happy to be joining the team for Snetterton,” said the 16-year-old. “I’m looking forward to getting to work with everyone as they’ve been great, and I’ve been following them in the championship so far.

“The opportunity arose to do this round and it’s mainly just to gain experience, so there was no harm in doing it.”

“Options are still open for next year and the more you drive, the more you learn, so it’s a great chance to drive the new generation F4 car. CDR have a great simulator, so I have spent a bit a bit of time on it which has been really helpful. I don’t think the car is too dissimilar to what I’ve been driving before, but there’s still going to be that learning process.

“It’s going to be tricky, going straight into a new championship, but with help from the team, we should be okay.”

Sherwood isn’t the only new driver at CDR, as it has also signed MRF F1600 racer Divy Nandan. Joel Pearson’s return to the driving seat from injury is now set to take place at Thruxton on August 27/28.