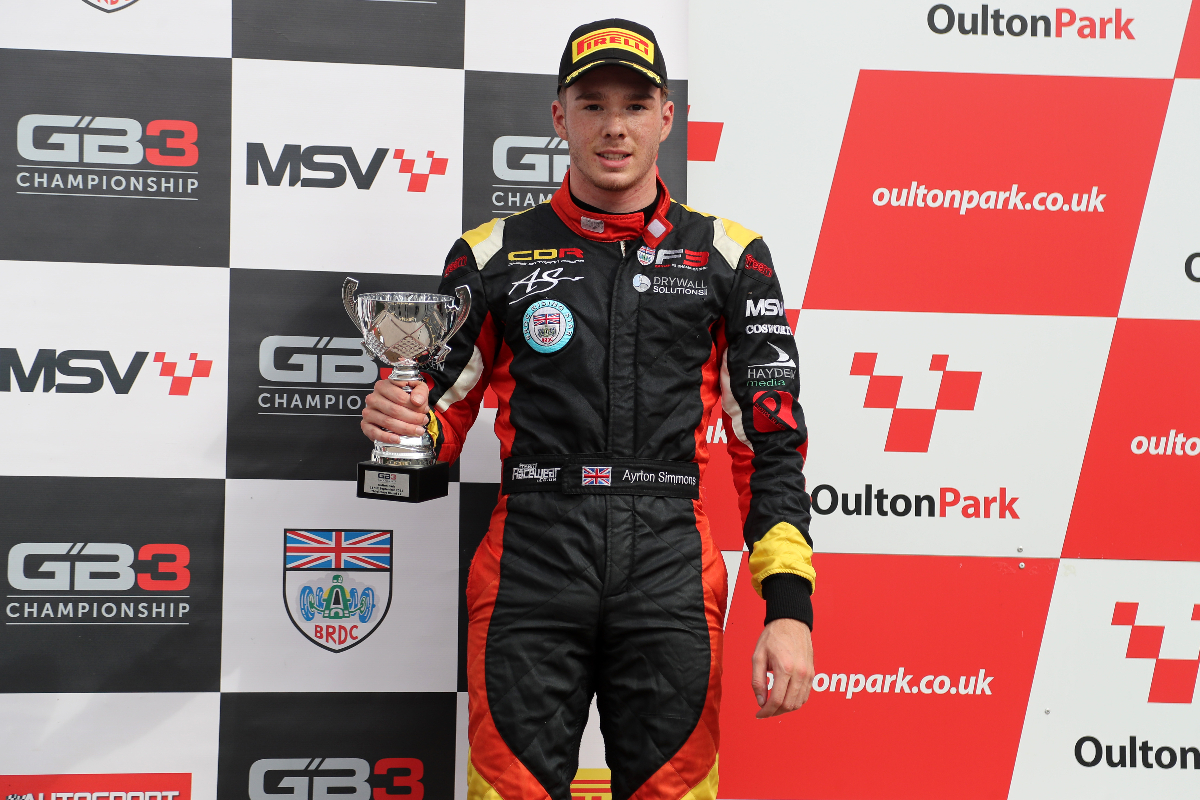 Yeany is prioritising his Formula Regional Americas commitments at Virginia International Raceway, which meant a seat became free in Charouz’s line-up. Simmons, who is racing in GB3 this year, has managed to secure it.

After finishing second in British Formula 4 in 2018, Simmons stepped up to GB3 (then known as BRDC British F3) and came third in the standings. He moved into Euroformula for 2020, but returned to GB3 mid-season and has been there since.

“I want to thank the team and also my sponsors for giving me this opportunity e getting me to Sochi.

“I’ve never driven the car before and never driven with Pirelli tyres so it’s probably going to be difficult at first to get used to everything having limited track time, but we’ll try to learn as much as possible, and I’ll make sure I’ll be as well-prepared as I can to deliver the best possible result.”

He will be team-mate to Logan Sargeant and Zdenek Chovanec, who was supposed to be racing at Monza in Euroformula this weekend. Double R Racing, the team he drives for there, is looking for a replacement signing for the round.

The clash for Chovanec and Yeany has come about after FIA F3 swapped out its planned October season finale at Circuit of the Americas to support the Russian Grand Prix in Sochi instead.

Charouz team owner Antonin Charouz said: “I’m sorry that Hunter will not be able to finish the season with us, but unfortunately the change in the calendar was necessary to allow all the teams to manage the participation in the last round of the championship and there was no way to reconcile this change with his other commitments in the US.

“However, I’m happy that Ayrton was available to answer the call and take his seat, he is a promising driver who already has a few years of experience and I’m sure he will get up to speed in no time once in the car at Sochi.”