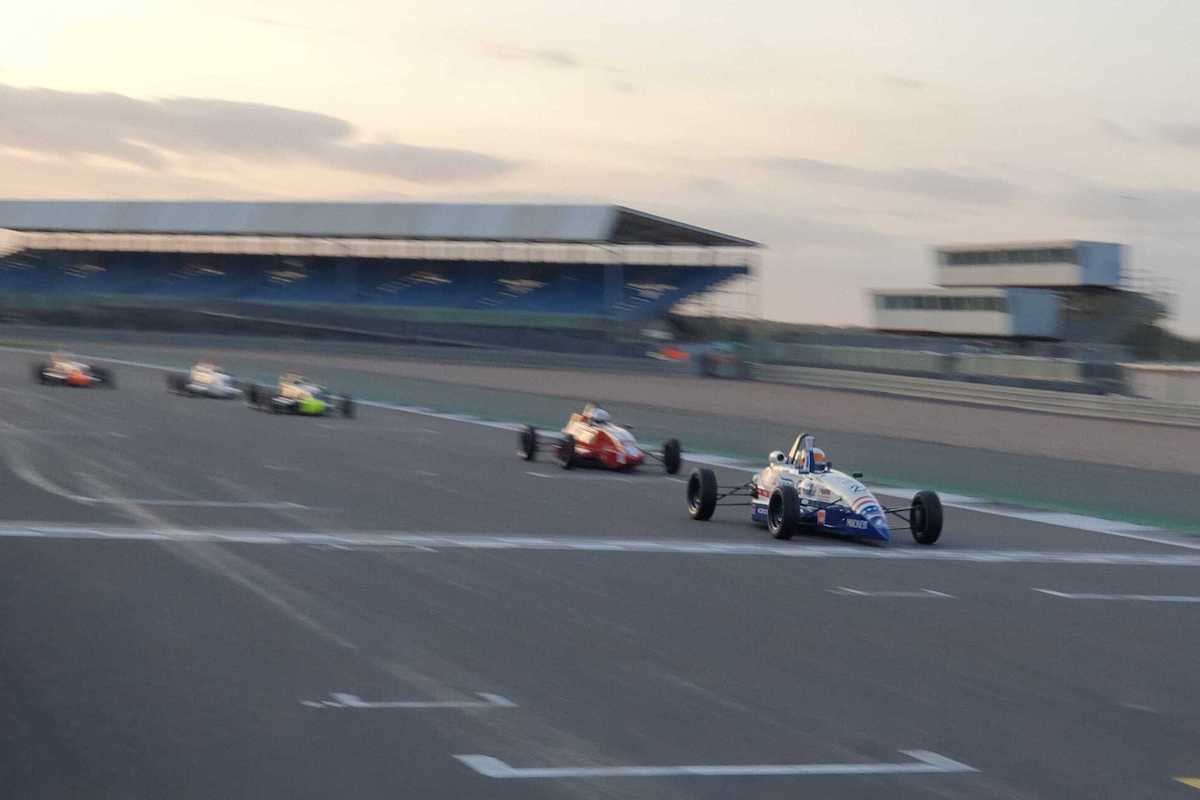 GB3 racer Max Esterson has announced he will return to Formula Ford to defend his 2021 Walter Hayes Trophy win, as well as contest this weekend’s FFord Festival.

Having debuted at the Festival in 2020, Esterson was one of the stars of Great Britain’s FF1600 scene last year and won two races en-route to third in the BRSCC National championship with Ammonite Motorsport (then known as Low Dempsey Racing).

With the backing of the Team USA Scholarship, the American came from 13th on the grid to finish second in the final of his second Festival appearance at Brands Hatch before triumphing from pole in the final of the WHT at Silverstone a week later.

He will race alongside new Team USA scholars William Ferguson, Elliott Budzinski and Thomas Schrager, as well as National FF1600 race-winner Shawn Rashid, in an all-American line-up at Ammonite for the two classic end-of-year events.

“So excited to be racing in this year’s FFord Festival and Walter Hayes Trophy with Ammonite Motorsport,” Esterson announced on social media. “Back to better our P2 and P1 record from last year and to add a few more pots to this collection.”

Esterson finished seventh in the GB3 standings this year on his step up to slicks-and-wings with Douglas Motorsport, taking a victory during the third round at Donington Park as well as a second place at Spa-Francorchamps. During 2022 the successful Esports racer also became a Red Bull athlete.

Team Dolan has announced sportscar star Matt Cowley will once again be part of its Festival line-up.