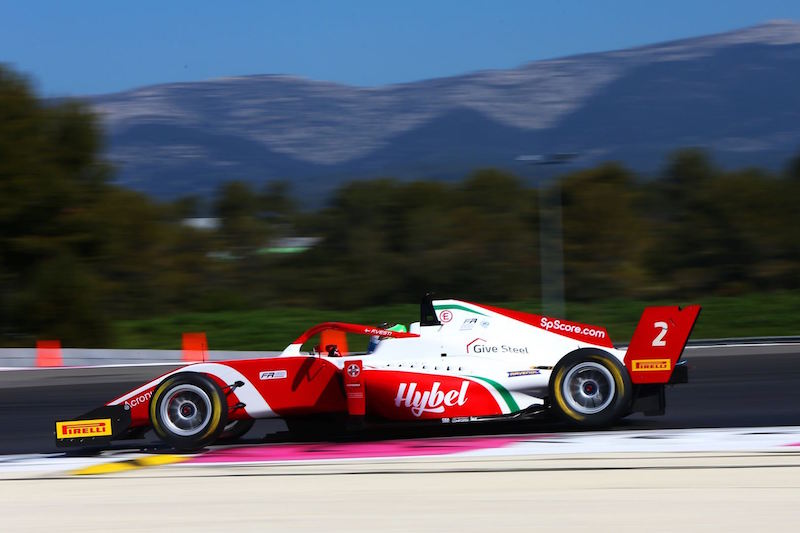 The Prema driver briefly lost the lead at the first corner as the fast starting David Schumacher swept past, but reclaimed the position at the end of the back straight on the same lap.

From that point, Vesti was unstoppable, pulling five seconds ahead of Schumacher as the US Racing driver battled with Enzo Fittipaldi for P2.

Once past, Fittipaldi began to close the gap to his team-mate, but was still 2.383s behind Vesti when the chequered flag fell.

His second win of the weekend puts Vesti seven points clear of Fittipaldi at the top of the championship standings after the first round of the series? inaugural season.

Schumacher held off attacks from Igor Fraga to take his first podium of the season in P3.

After being disqualified from his victory in race two for a technical infringement that his team is appealing, Olli Caldwell faced another difficult race when he dropped backwards at the start of the race. The Prema driver fell behind the DR Formula racers of Fraga and Raoul Guzman on the opening lap.

Guzman spent the majority of the race with Caldwell on his tail. The pair ran side by side a number of times, but Guzman always maintained his advantage. As Fraga fell away from Schumacher, the battle became a three-way fight for P4.

In the closing stages of the race, Guzman and Fraga made contact, with Fraga pushing his team-mate wide and sending Guzman into a spin. Both retired on the spot, allowing Caldwell to come through to take fourth.

KIC Motorsport team-mates Isac Blomqvist and Konsta Lappalainen also came to blows early in the race. Blomqvist clipped his team-mate?s back wheel, sending Lappalainen into the barriers on the second lap. Blomqvist was able to continue but came to a stop three laps later.

Sophia Florsch managed a clean race to finish fifth, ahead of the lapped Sharon Scolari.