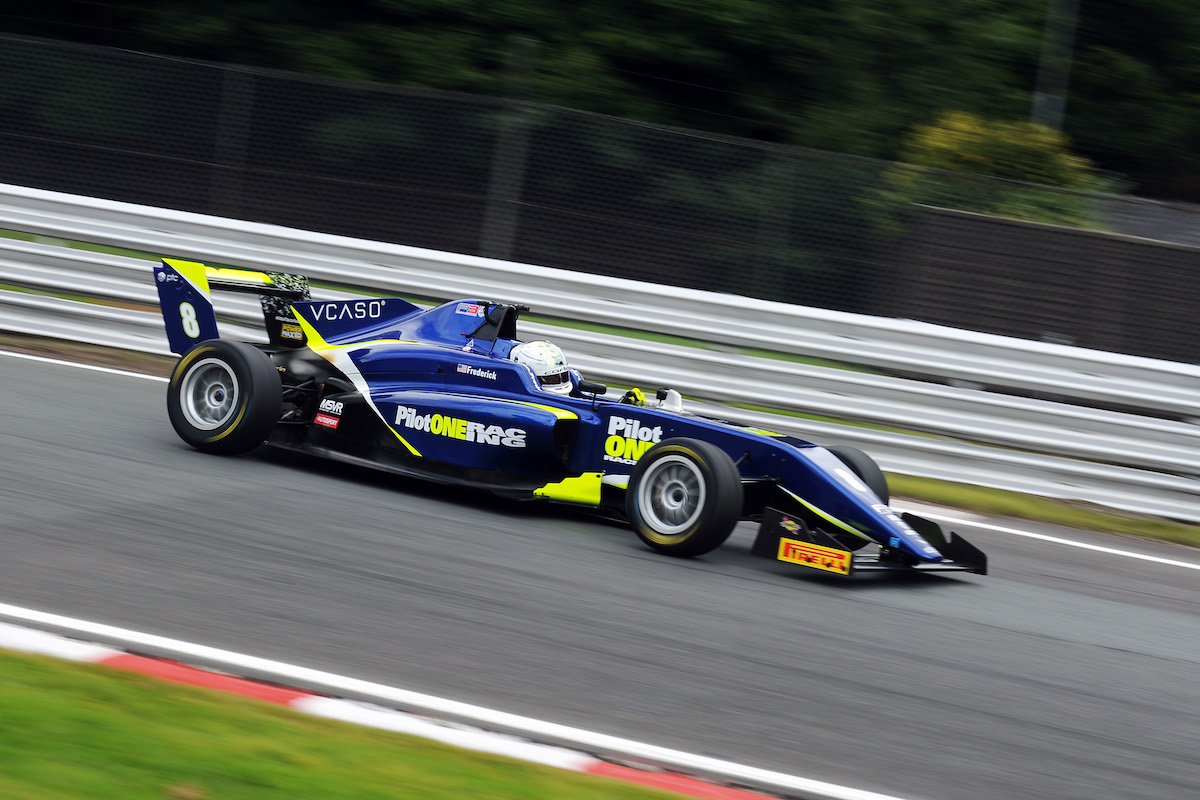 Kaylen Frederick won the third BRDC British Formula 3 race of the weekend at Oulton Park in a Carlin one-two.

Frederick moved into the lead off the line after a slow start for poleman Louis Foster, who also lost spots to Frederick’s team-mate Nazim Azman and De Pauw.

While De Pauw briefly hassled Azman, Frederick immediately got himself some breathing space and then counted off the laps for his first win of the season after his race one success was taken away by a penalty.

After 13 laps, he crossed the line with a 8.650s gap to Azman to secure a one-two for Carlin, with Ulysse De Pauw moving past his team-mate Kiern Jewiss for the points lead by rounding out the podium.

The result put De Pauw into the championship lead, but he was later disqualified for not respecting yellow flags – having set the fastest lap and sector two at the time under a waved yellow flag at Knickerbrook.

Jewiss finished a quiet fourth behind Double R Racing’s Foster, who never looked like he had the pace to reclaim positions, while Lanan Racing’s Bart Hosten spent most of the race fending off Hillspeed’s Oliver Clarke for fifth.

The battles behind them ended in tears for Chris Dittmann Racing’s Nico Varrone, who was punted into the gravel by Carlin’s Guilherme Peixoto when the Brazilian rookie tried making a pass after the Hislop’s chicane.

Varrone’s team-mate Josh Skelton was the main beneficiary, moving into seventh place, while a seemingly undamaged Peixoto held on for eighth.

Sasakorn Chaimongkol (Hillspeed) and Kush Maini (Hitech GP) finished ninth and 10th after hassling each other for much of the race.