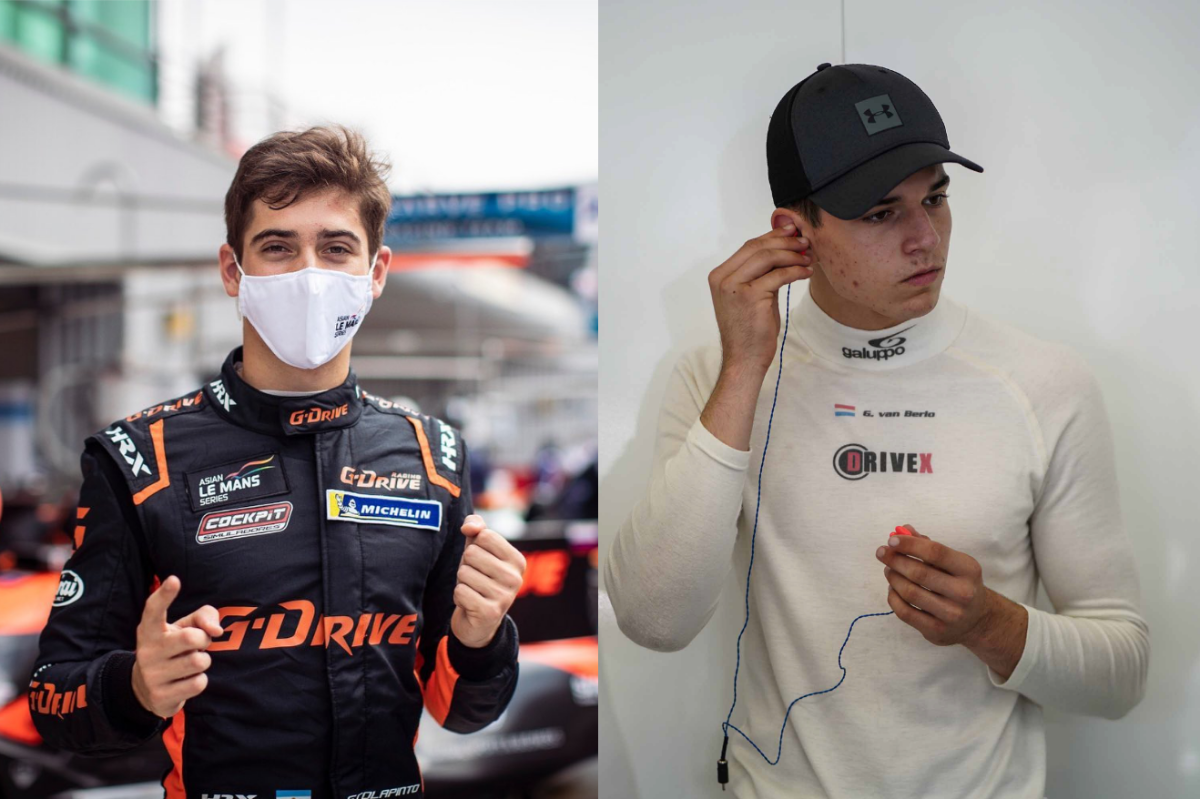 Franco Colapinto and Glenn van Berlo, who competed in the Formula Renault Eurocup and Euroformula respectively in 2020, will race in sportscars this year.

The two were frontrunners in Spanish Formula 4 as car racing rookies in 2019, with Colapinto winning the title with 11 victories and van Berlo winning three times on the way to third in the points.

Colapinto will race in the LMP2 class of the Le Mans 24 Hours for G-Drive Racing and is expected to make at least one European Le Mans Series appearance with the Russian-owned racing brand after starring in the 2021 Asian Le Mans Series.

Last year the 17-year-old was one of the stars of Regional Fromula 3, winning in the Eurocup and the Toyota Racing Series.

This February he made his prototype sportscar racing debut in ALMS with Algarve Pro Racing and ended up claiming three poles and three podiums from four races in a car shared with Euroformula racer Rui Andrade, who will now move into ELMS.

The 19-year-old Dutchman takes over the seat that was occupied by 2004 World Series Lights champion Milos Pavlovic.

“I can’t wait to start working with the team and to take on this new challenge,” van Berlo said.

Both of the teenagers haven’t ruled out continuing to race in junior single-seaters alongside their sportscar commitments, while 2020 Spanish F4 champion Kas Haverkort has been linked to a move into FREC after starring in two appearances as Colapinto’s team-mate in the Eurocup last year.