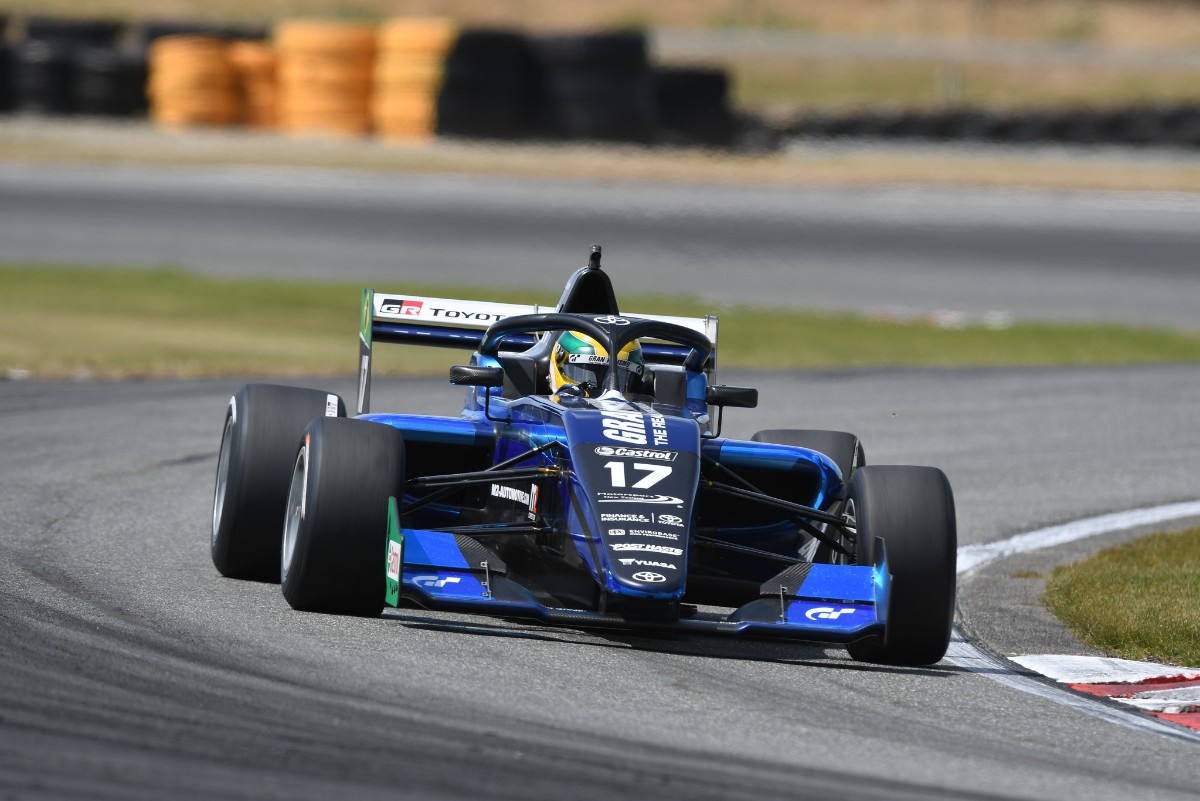 The Brazilian topped the third session by 0.184 seconds from MTEC Motorsport by R-ace GP’s Caio Collet, fastest in the slower opening session of the day, who had less than a tenth of a second between himself and seventh place.

Giles Motorsport’s Gregoire Saucy made is three teams in the top three, just 0.006s behind Collet on the sub-minute lap, with M2’s Yuki Tsunoda and Kiwi Motorsport’s Franco Colapinto similarly matched in fourth and fifth.

Colapinto was the fastest driver in FP2, which was twice interrupted by red flags when team-mate Axel Gnos made errors at the fast first corner.

Petr Ptacek pipped MTEC team-mate Oliver Rasmussen to sixth, before a substantial gap in the timesheet to Emilien Denner (M2) and Lirim Zendeli (Giles) in eighth and ninth.

The top 15 drivers were separated by 0.911s, with championship leader Liam Lawson down in 13th after underwhelming FP1 and FP2 performances, and then ending up off the pace in the faster FP3 after going off into the Turn 2 gravel.