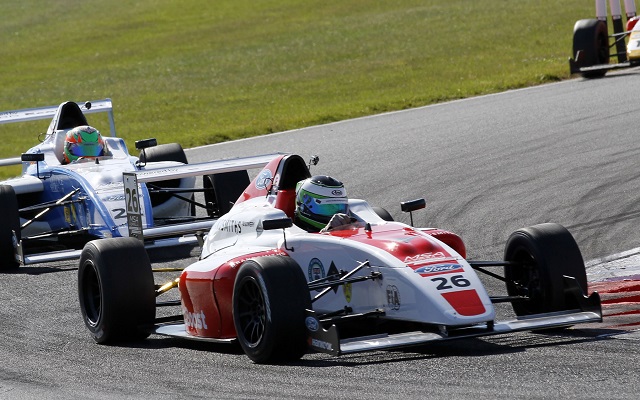 Kjaergaard, 16, spent the last two year in KF level of karting championships, taking sixth in both the 2014 Trofeo Andrea Margutti and German championship.

?I am delighted to have signed for Fortec in MSA Formula and I am really excited about my maiden season in cars,” said Kjaergaard.

“I feel really at home with Fortec and see the team as playing a key part in my development during the season.”

“I know it will be a really tough championship but I am looking forward to the challenge ahead and cannot wait to get started.?

Fortec team manager Dan Mitchell added: “We tested Nicolai throughout November and December in Valencia and he showed promising signs. He learned and adapted quickly. Importantly, he really showed he can be on the pace.”

Kjaergaard is the third driver and car racing newcomer at the team as he joins RSF-backed Alex Quinn and Formula Kart Stars champion Ross Martin.