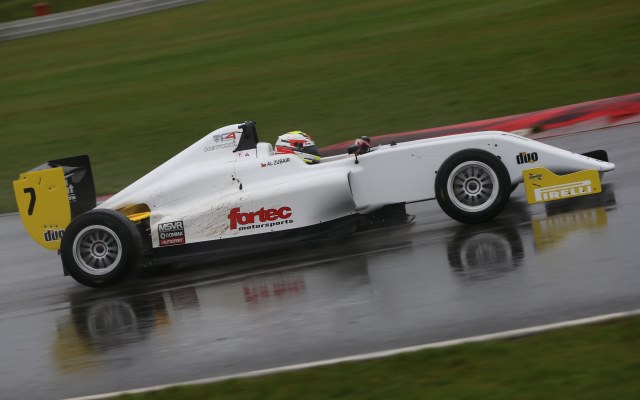 The 17-year-old will continue in the series for a second year, and remain with the team he raced for in last November’s Autumn Trophy.

Al Zubair had a strong record in his local karting scene and stepped up to single-seaters in 2014, finishing fifth in the Formula Gulf 1000 series.

He then signed with Hillspeed for the 2015 BRDC F4 Championship, and took part in all but two rounds. He ended up 16th in the standings, with one podium finish at Snetterton.

He switched to series newcomer Fortec for the Autumn Trophy, and finished fourth overall with another podium finish at Snetterton.

Al Zubair said: “Last year was a learning year for me with it being my first season in single-seaters, but we got stronger towards the end of the year and managed to claim one podium finish at Snetterton.

“The BRDC Formula 4 championship is really good for a young driver and we know Fortec Motorsports is a leader in most of the series they race in, so hopefully with a strong team like them we can push for good results and possibly the title.”

Fortec’s series manager Russell Dixon said,?”We are delighted to welcome back Al Faisal into the team for the 2016 Championship after completing the Autumn Trophy with us. Other commitments will limit his pre-season testing but I’m sure he will make rapid progress throughout the season.”

The 2016 BRDC F4 season gets underway on the 27th of March at Snetterton.