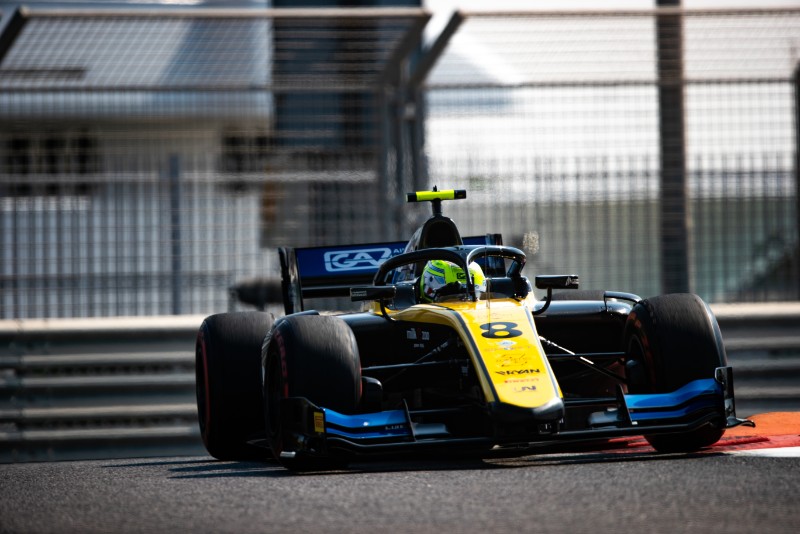 The FIA Formula 2 and Formula 3 series have jointly unveiled a four-round virtual series utilising the F2 car on the F1 2019 game.

Last year’s edition of Codemasters? Formula 1 series was the first to incorporate F2, as well as the 10 teams from the series.

The real-world drivers from F2 and F3, and former stars of junior single-seaters, will race for those teams in a format similar to usual race weekends. Qualifying will decide the grid for a half-hour feature race, with the top eight finishers being reversed for the grid of a five lap sprint race.

Bahrain hosts the season opener this weekend as an undercard to F1’s Virtual Grand Prix Series, with subsequent rounds taking place at Barcelona, Monaco and Baku. All events will be broadcast on F1’s official online channels.

Damage will be turned off, driver aids are optional and car setups are fixed for the races ? the same as F1’s VGPS.

HWA Racelab has called up its F3 driver Jack Doohan for its sole entry, with its #19 reserved in memory of the late Anthoine Hubert.

The absence of Hitech GP on the game means Luca Ghiotto has returned to Virtuosi Racing to partner Callum Ilott, while Prema has called upon its F3 and Formula Regional European Championship drivers Frederik Vesti and Arthur Leclerc

Campos is running another Hitech refugee in Liam Lawson alongside Jack Aitken, Trident has Olli Caldwell and Lirim Zendeli, and MP Motorsport is running Nobuharu Matsushita and Felipe Drugovich.

Juan Manuel Correa, who was injured severely in the crash at Spa-Francorchamps last year that claimed Hubert’s life, reunites with Charouz Racing System and will be team-mate to Louis Deletraz.