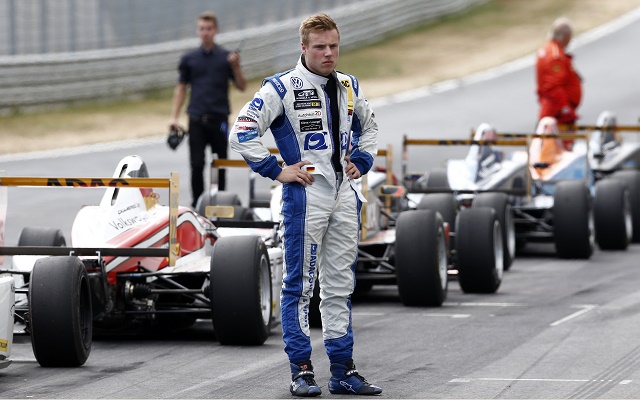 German racer Jason Kremer will be making his return to single-seaters during this weekend’s ADAC F4 round at Spa-Francorchamps.

The Bonn native will be joining the squad of DTM racer Timo Scheider, replacing Leon Wippersteg.

Kremer, 20, is the most experienced racer in the history of ADAC F4’s predecessor series Formel Masters, having made 71 starts over his three seasons in the championship.

He finished seventh, fourth and third in the standings, claiming one win in each of the seasons – his sole 2013 victory having taken place at Spa.

“I’m really thrilled to be back in a single-seater,” he said. “I had some excellent discussions with Timo Scheider and am proud to be in the hunt for points with his ambitious squad.

“There can hardly be a better place than Spa for my return to open-wheel racing. I’ve done very well there in the past, achieving some success, and that’s what I intend to build on now.”

“I am extremely pleased that Jason will strengthen our outfit at this next race weekend in Spa-Francorchamps,” Scheider added. “He has proved his formula racing talent on many occasions in recent years and I am certain that he is the right driver for our team at this moment in time.”

Team Scheider’s best finish of the season thus far came courtesy of Yan Leon Shlom at Spielberg, the Russian taking tenth in a hectic round finale. Shlom will be absent from Spa due to “school commitments”.

Wippersteg, meanwhile, had taken a best finish of 21th on his debut at Oschersleben before being sidelined for Spielberg.

“I feel very sorry for Leon. We would really have liked to have continued working with him, particularly as he has come up from our junior karting team,” Scheider said.

Trummer makes GP2 return in place of Cecotto at Hilmer