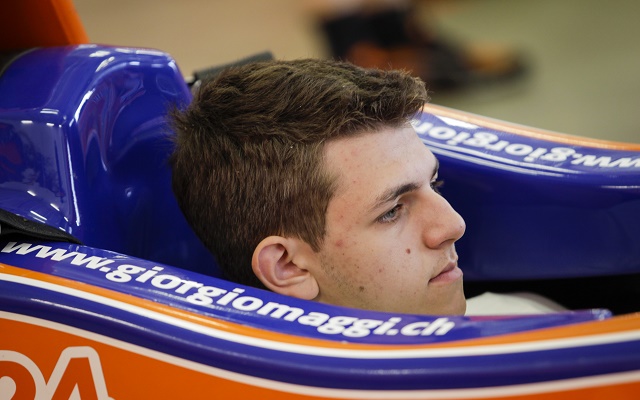 Swiss driver Giorgio Maggi will contest the inaugural season of the ADAC F4 series in 2015.

Maggi, who has two years of experience in the championship’s precursor Formel Masters, is the first signing for SMG Swiss Motorsport Group, who were formerly known as JBR Motorsport & Engineering.

The 17-year-old was with Mucke Motorsport for both of his years in cars thus far. He was 20th in his debut year and took 15th on his second try, scoring a career-best finish of sixth at Sachsenring.

“Formula 4 is a new beginning for all teams and is likely to attract a lot of rookies, so my experience from the ADAC Formula Masters could be an advantage,” Maggi reckoned. “We had a very promising Hockenheim test so I’m very motivated and optimistic about this new challenge.”

Like Maggi, JBR have also excelled at Sachsenring in 2014, where Igor Walilko delivered the teams’ two podiums of the season. The squad finished fifth in the standings – an improvement on sixth in their debut year.

“In Giorgio we have been able to sign a pilot who already has several years of formula racing experience,” said SMG team boss Jorn Becker. “He left a very good impression testing the new F4 car, in which he feels very comfortable.”

“Expectations are high for our team as JBR has celebrated successes in the previous years in Formel Masters. We are well prepared for this season and have all the prerequisites for a successful campaign.”