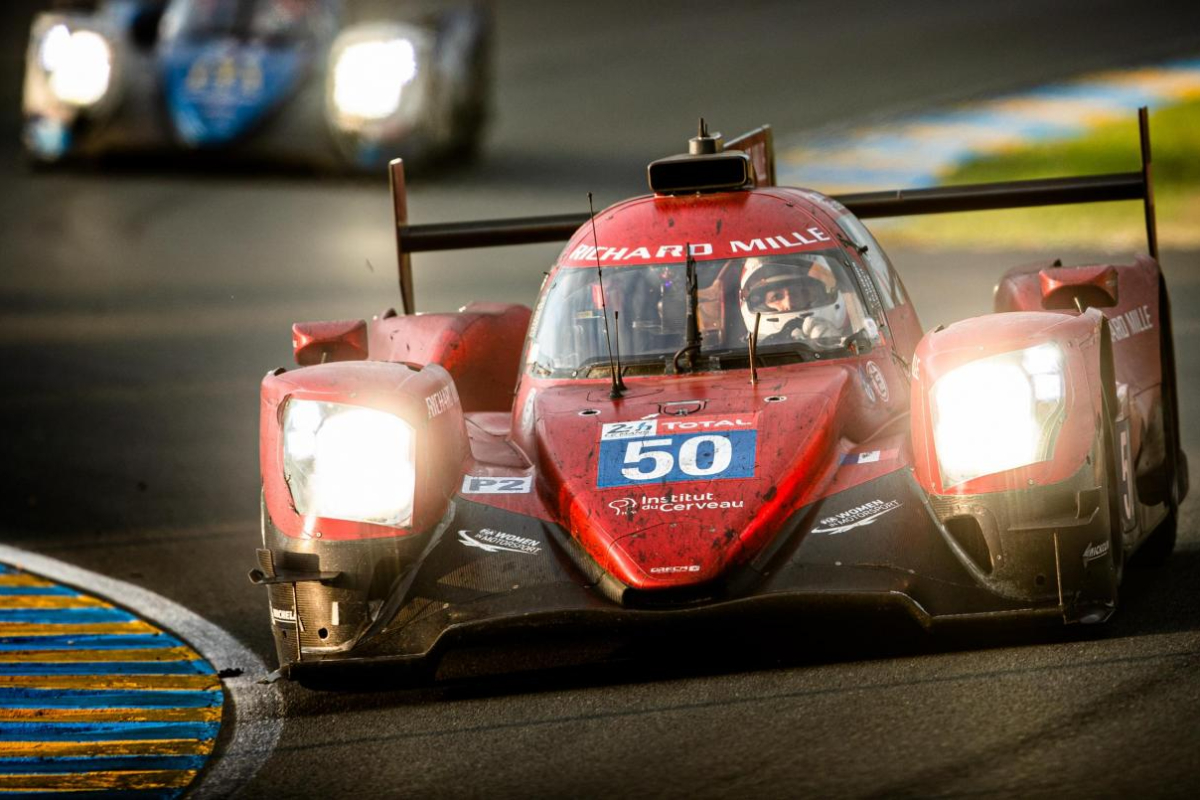 Formula 3 racers Sophia Floersch and Beitske Visser will race in the World Endurance Championship this year for Richard Mille Racing, which retains the all-female line-up it ran in 2020.

Super Formula’s Tatiana Calderon joined Floersch and Visser at the Signatech-run team in the LMP2 prototype sportscar class of the European Le Mans Series last year, and does so again for their new venture.

As none of them were free to contest a full campaign, it meant Calderon was the highest placed in the points in 11th place.

“Having a team like Signatech, with experienced engineers and mechanics behind us is incredible,” said Floersch.

“It made it a lot easier for us, as endurance rookies, during our first season. We all got along really well and enjoyed it a lot, especially at the 24 Hours of Le Mans.”

Floersch also raced in the FIA F3 Championship last year, and plans to do so again. Visser meanwhile was due to race in W Series, before the 2020 season was cancelled, and is set to return there as one of the title favourites.

“Last year was pretty crazy, between COVID-19 and the fact that I stepped in late during the season, but I really enjoyed working with everyone in the team,” Visser explained.

“I hope we can build on this experience as we move up to the FIA World Endurance Championship this year.”

Calderon has already secured her ThreeBond Racing with Drago Corse seat in Super Formula for a second season, having stepped up to the series from Formula 2.

Over in IMSA, several member of the Indy Lights grid have signed up for the season-opening Daytona 24 Hours and the championship’s other endurance races.

In the LMP3 class, Rasmus Lindh will race for Performance Tech Motorsports in a car shared with USF2000 racer Ayrton Ori, Andretti Autosport’s Kyle Kirkwood and Robert Megennis have both been signed by Vasser Sullivan Racing to race a Lexus in the GT Daytona class, while their Steinbrenner-run Indy Lights team-mate Devlin DeFrancesco will be in a LMP2 Oreca 07 for DragonSpeed.