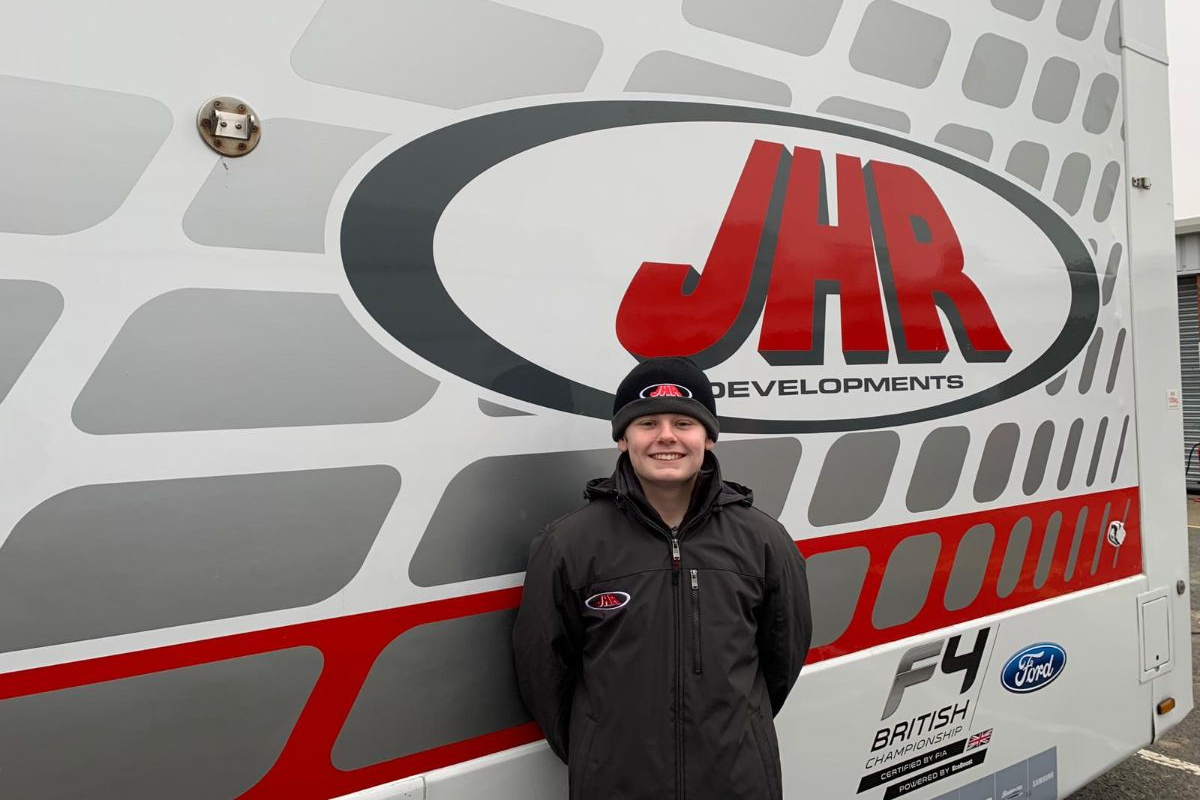 JHR Developments has added 15-year-old rookie Joseph Loake to its British Formula 4 line-up for this year.

While many drivers move up into British F4 from the supporting entry-level sportscar series Ginetta Junior, Loake has come from the BRSCC Fiesta Junior championship which is a touring car rival to Ginetta’s series.

Loake debuted in Fiesta Junior during the poorly contested 2019 season, missing the opening round but winning five of the 14 races he contested and coming second in the points. He returned in 2020 and won all of the eight races held to take the title.

“We have come from a very strong 2020 where we won every race, so we are hoping to bring that momentum with us into this year, but we won’t know where we are until we get to round one,” said Loake of his move into single-seaters.

“We’ll be doing lots of testing in the run up to the start of the season, so hopefully we can be up the front straight off the bat.

“I have driven the F4 car at Snetterton back in November, which was promising as we weren’t far off the times people did in qualifying earlier in the year.

“I found the car very comfortable, despite being very different to the Fiesta with downforce and a lower centre of gravity, so I just need to work on changing some habits I learned last year where you throw the car into the corners.”

“We are really happy to welcome Joseph to the team for his first foray into single-seaters,” JHR’s team principal Steve Hunter added.

“His performances in the Fiesta Junior championship were really impressive, going right back to his first handful of races when he was challenging for podiums and wins.

“We had two great days with him in the car at Snetterton towards the end of last year and are excited to get him back behind the wheel as we start to focus on the start of the F4 season at Thruxton.

“We have an impressive line-up of drivers this year and really just want to get out there and show what we can do.”

Aitken stays on at Williams as reserve after making F1 debut