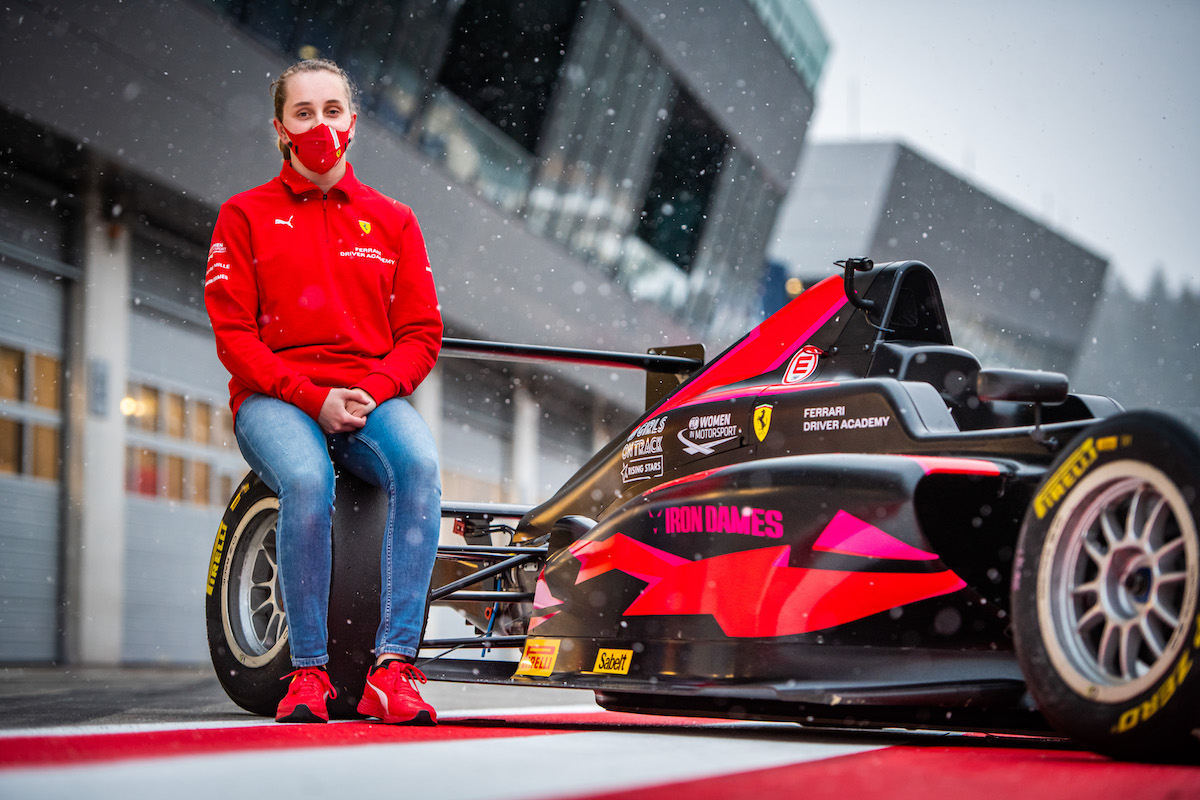 Ferrari signed Weug as one of its Formula 1 juniors after her victory in the shootout competition this January, and after evaluating which F4 series and team to place her in for 2021 decided on the Andrea Piccini-led Iron Lynx outfit.

Weug’s car will come under the Iron Dames banner also used for the team’s all-female European Le Mans Series entry as part of a long-term arrangement with the Girls on Track Rising Stars scheme.

Weug was backed by Richard Mille during her karting career, and last year she came 12th in the WSK Euro Series and 17th in the CIK-FIA European Championship for OK karts.

The 16-year-old has gained single-seater mileage through the Girls on Track Rising Stars programme’s F4 evaluation tests hosted by Winfield Racing School, and has also done further testing with FFSA Academy and with Iron Lynx, including at Mugello and the Red Bull Ring in recent weeks.

Iron Lynx has committed to appearing in the Red Bull Ring and Nurburgring rounds of ADAC F4 with its other drivers Leonardo Fornaroli and Pietro Armanni, although it is not yet known if Weug will also enter some rounds in the German series.

The Italian outfit will also run Ferrari test driver Callum Ilott in a Ferrari in GT World Challenge Europe, and is now set to run future Girls on Track Rising Stars winners in a long-term agreement with the programme that has been extended until 2023, meaning three further drivers could follow in Weug’s footsteps over the coming seasons.