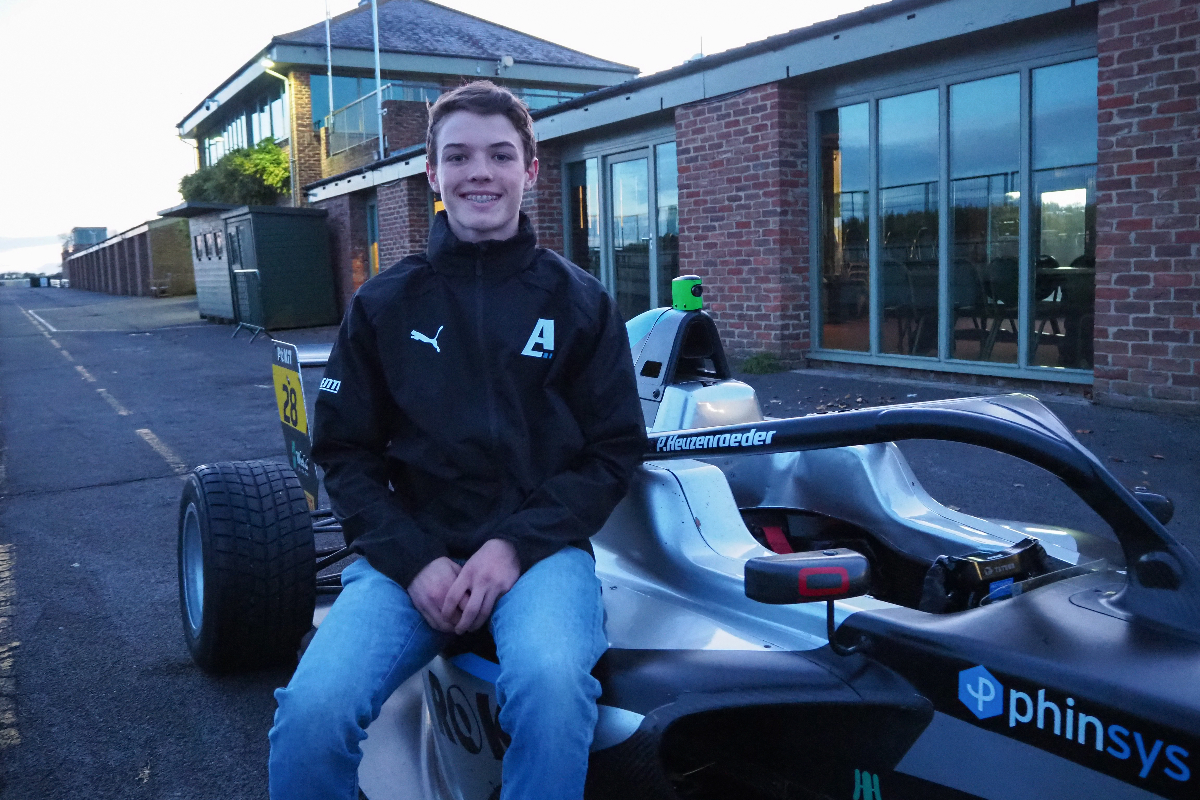 Formula Ford racer Patrick Heuzenroeder will step up to British Formula 4 in 2023 with Argenti Motorsport.

Heuzenroeder came third in New South Wales FFord this year, and was in contention to be champion prior to the final round which he skipped to travel across the world to do a British F4 test with Argenti at Snetterton.

The 16-year-old Australian is Argenti’s first signing for next season and the sixth driver to be announced for the championship. At least two more drivers are expected to be announced this week as joining the grid.

“I’m feeling optimistic about the move to British F4 with Argenti, I think it will be a good season,” said Heuzenroeder.

“They’re a great team and have proven what they’re capable of with their previous results. I’ve enjoyed testing and already feel like I have a good relationship with the team members.

“I know that they will give it everything next year, as will I. My goal, like any other driver on the grid, is to win the championship, but ultimately, I want to make sure all mine and the teams’ hard work pays off and that we can get the best results possible.”

Argenti team principal Michael Meadows added: “It’s great to welcome Patrick to Argenti. We are looking forward to helping him develop as a driver so he can achieve his goals in the British F4 championship.

“He has been performing well in testing and we want to continue this momentum through the rest of the test programme and into the season.”

Daniel Guinchard to do Spanish F4 finale with JHR Developments