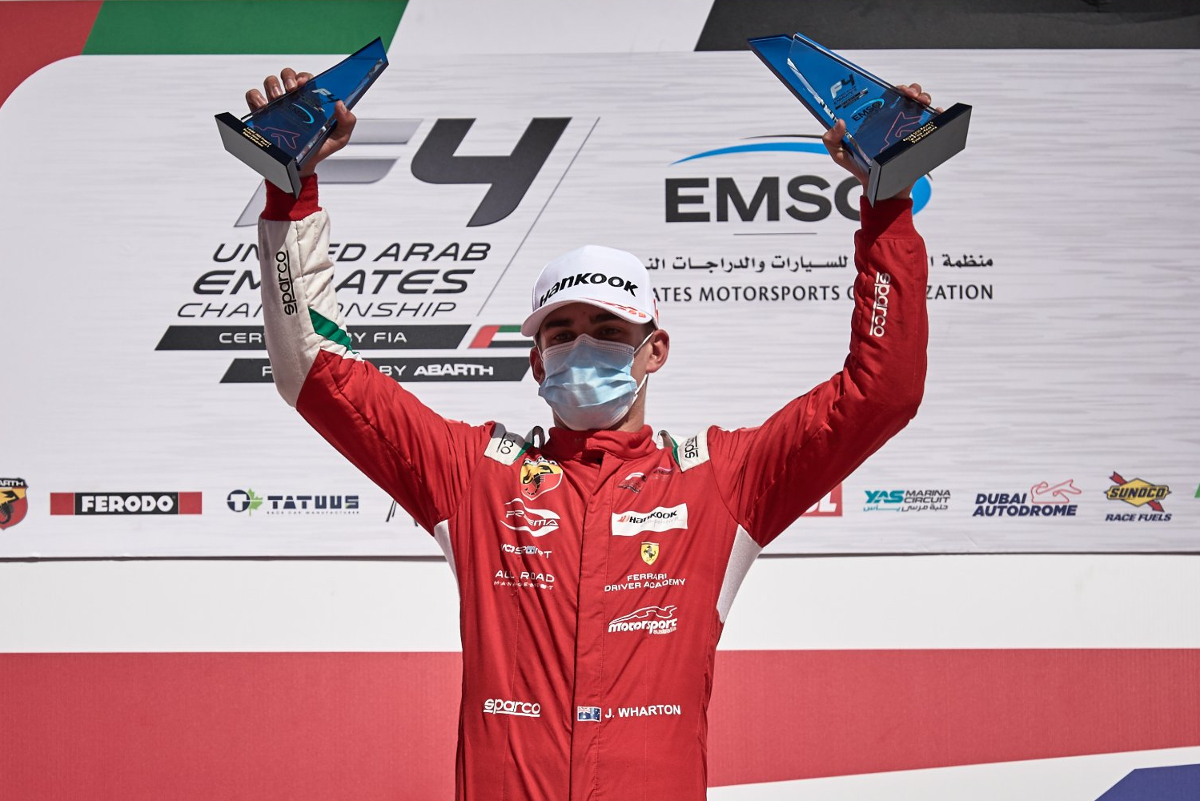 Ferrari’s James Wharton says the Formula 4 United Arab Emirates title “was there to win if I did the whole season” after bowing out following three wins in two rounds.

The Australian made his car racing debut in the series two weeks ago at Yas Marina Circuit for Abu Dhabi Racing by Prema, finishing third and then adding two more points finishes and a fastest lap to end the weekend sixth in the points.

He moved into the championship lead last Sunday by winning three of the four races held at Dubai Autodrome, as well as topping both qualifying sessions, but the 15-year-old’s car will be taken over by two other drivers for the remaining rounds.

“Definitely the championship was there to win if I did the whole season,” Wharton said to Formula Scout.

“It was an amazing experience but I learnt so much in terms of how to be around the formula paddock and then the racecraft. It was amazing to be back at the front and racing really high talent.”

Wharton fought for his wins against team-mate Aiden Neate, who will do the full season, as will Prema’s main team line-up of Charlie Wurz and Rafael Camara who like Wharton is a Ferrari Driver Academy member and single-seater racing rookie.

For the next three weekends, Wharton will “definitely stay around the team” to pick up further experience despite not being in the car.

“Prema is an amazing team and such a good environment and the engineers and mechanics are the best,” gushed Wharton, who will race for the Italian outfit later this year in Italian F4 which will use the same Tatuus T-421 car debuted in F4 UAE.

Regarding his breakthrough weekend at Dubai, Wharton added “for sure it was a big weekend and [two] weeks but it’s just the start”.

Mercedes-AMG Formula 1 junior Andrea Kimi Antonelli will be in Wharton’s car for this weekend’s races, also at Dubai, to conclude his own two-round programme after winning the opening two races of the season for Prema as a stand-in for Camara when he tested positive for COVID-19.