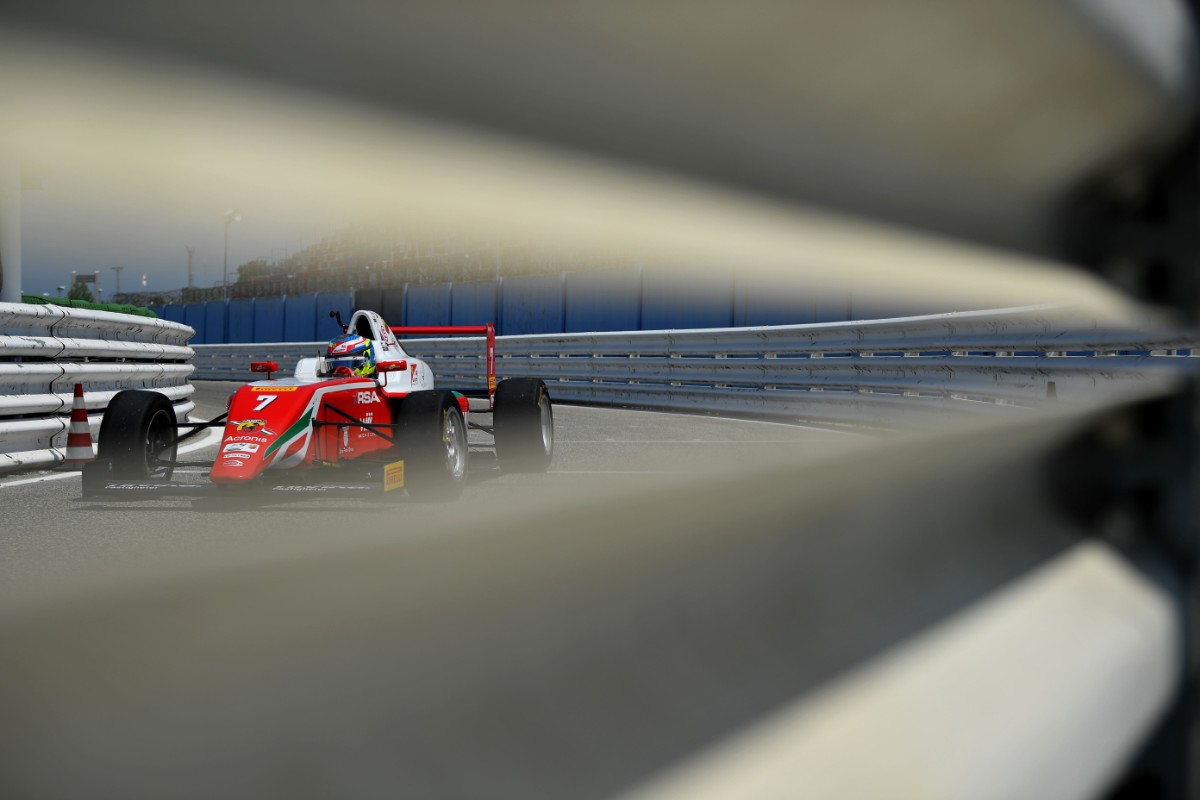 Dino Beganovic beat his Prema team-mates to set the pace on the second and final day of the in-season group Formula 4 test at the Red Bull Ring.

Due to 38 cars being entered in the test, the paddock was split into two groups which competed in different sessions and alongside Formula 3 cars.

Swedish karting graduate Benagovic, who is a member of the Ferrari Driver Academy and started his single-seater career at Misano last weekend, was in ‘Group B’ which got to run on track first.

His fastest time came in the second of three sessions, and put him just clear of Van Amersfoort Racing driver Jak Crawford’s early morning benchmark from Group A.

Neither driver beat the time set the day before by Beganovic’s team-mate Gabriele Mini, who was third fastest and just 0.095s off Beganovic on the second day of running.

Francesco Pizzi was second fastest to his team-mate Crawford in the morning, which put him sixth overall ahead of afternoon pacesetter Ollie Bearman (US Racing).

Mucke Motorsport’s Josef Knopp was also rapid early on but couldn’t match it as the day went on, and he was eighth on the combined timesheet. Cram Motorsport’s Andrea Rosso and Iron Lynx’s Leonardo Fornaroli completed the top 10.

The top 26 of the 38-strong field were covered by a second, with Rosso’s Greek team-mate Georgios Markogiannis setting the most laps down in 36th place. He is yet to confirm the extent of his racing programme in F4 this year.