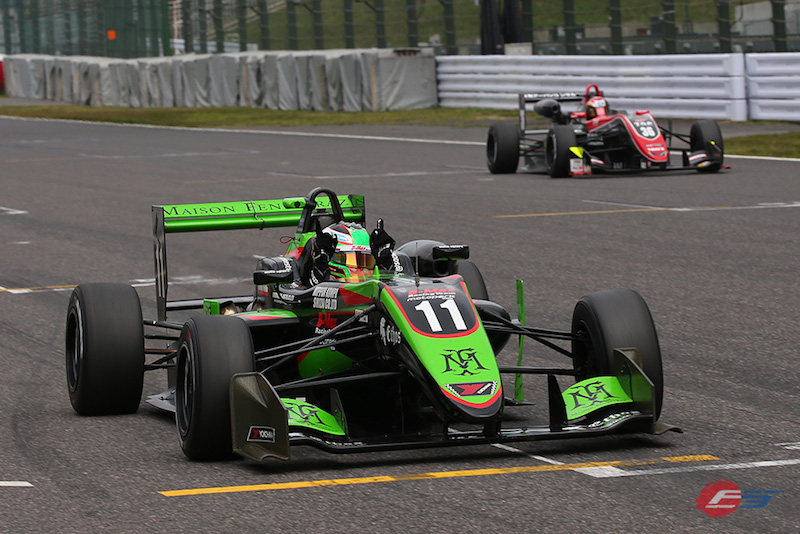 Fenestraz – who is driving for B-Max Racing – was able to take victory in Japanese F3 in his debut race after starting the race from second place alongside TOM’S driver Miyata.

He claimed the lead at the start of race one before the first corner, and was able to keep 2018 runner-up Miyata at bay even after he started catching him during the middle portion of the race.

Miyata got a better start to the second race from pole position to keep hold of the lead of the race before an unusual safety car period, caused by the medical car coming to a stop at the first curve with an engine problem.

Fenestraz was caught out as he clipped the back of Miyata just as racing resumed at the end of lap 3 of 17. He had to pit straight away for a new front wing, coming back out a lap down on the field.

Miyata proceeded to create a gap to B-Max Racing’s Enaam Ahmed – who had made his way up into third from fifth on the opening lap before the safety car was deployed – eventually taking victory with a 12.913s lead to top the standings after the opening round.

The first race was a similar affair for Ahmed, who was able to take the final podium spot with a move on the outside of Kazuto Kotaka, Miyata’s team-mate at TOM’S, going into the first turn.

He leaves Suzuka second overall in the championship after Fenestraz didn’t add to the 10 points gained for winning the first race.

Kotaka rounded off the podium for race two in third ahead of Toda Racing’s Toshiki Oyu in fourth, with Oyu finishing the first race in fifth place.