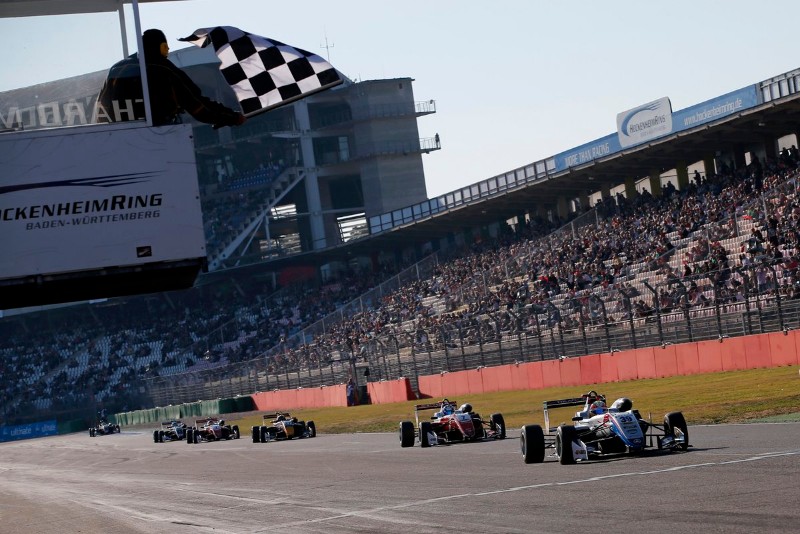 The Formel 3 Vermarktungs (F3V) organisation behind Formula European Masters has cancelled the 2019 season, formally bringing an end to what was the FIA Formula 3 European Championship.

Six drivers across three teams were signed up for the 2019 season, but the popularity of the new FIA and regional F3 series in Europe and the uncertainty caused by their arrival has led to F3V CEO Walter Mertes scrapping the series.

?This is a really sad day for the European young-driver sport,? said Mertes.

?In the difficult European competition environment there just aren?t enough drivers for the numerous different series.

“It takes enormous financial expenditure to compensate for this situation and we could not and did not want to expect this from our teams.?

FEM was formed in 2003 as a merger between the French and German F3 championships and was named the F3 Euro Series. This was a handle it carried through to 2012, when FIA Single-Seater Commission president Gerhard Berger effectively rebrand the series FIA European F3 after a transition year when a championship of each name was awarded.

That continued on to 2018, when Berger’s successor Stefano Domenicali announced in March that a new FIA F3 championship would be created to fit in underneath Formula 2, and that European F3 and existing F1 support GP3 would be disbanded to make way.

Mertes floated the revival of the F3 Euro Series with the existing cars shortly after, and the plan to continue the series was made official in September. It continued its allegiance to the DTM calendar a month later, and settled on the FEM name in December when it was also announced that the champion would receive 25 superlicence points, just five fewer than the new FIA F3.

Berger, who is chairman of DTM promoter ITR, of which F3V is a division of, helped secure free DTM tests for the top three in the standings, and the a one-off DTM drive and Super Formula test as additional prizes for the champion.

Only two drivers had signed up by the end of January though, and although five other teams had shown interest in competing, only Fortec Motorsports, Motopark and Van Amersfoort Racing had actually signed drivers.

With rival championship Euroformula Open running to the same regulations as FEM, some of the existing line-ups may race in the Spanish-owned series instead.

FEM’s departure may also have a sway on which regulations are used for this year’s Macau Grand Prix, with organisers currently evaluating a switch to the new FIA F3 or regional F3 rules.