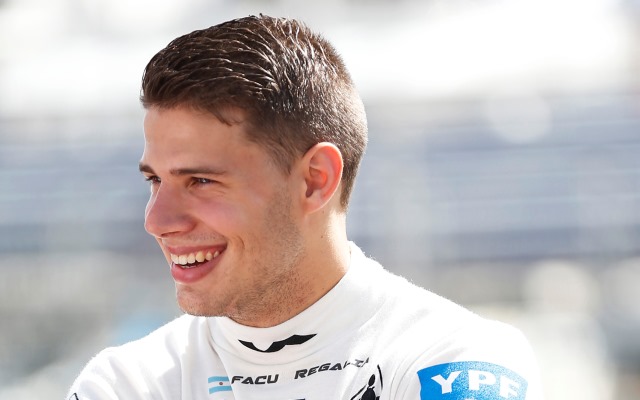 2013 GP3 runner-up Facu Regalia has announced that he will take part in Formula Renault 3.5 this season with Zeta Corse.

The 23-year-old’s rookie GP2 campaign was cut short after just four rounds following a a disagreement with his team Hilmer Motorsport, and budget issues had left him out of action ever since.

Regalia had begun his single-seater career in Formula BMW Europe in 2008, where he was the third best rookie and 16th overall. He continued in the series for two further years and ended both seasons in eighth, collecting just one podium. In 2011, he moved on to Italian F3, where he finished tenth with two podium finishes and a pole position.

The following year he signed up with Campos for a dual campaign of European F3 Open and Auto GP. While taking part in the former series ended up as a great choice as was?fourth including three victories, he was also a regular front-runner in Auto GP, even though he left that series at halfway point.

He was the surprise of the season when he moved on to GP3 with ART Grand Prix, only losing out on the title to Daniil Kvyat at the final round.

?Following seven months of intense work I can confirm my participation in the World Series by Renault,” said Regalia.

“It is another season racing in Europe and joining such a fantastic F1 feeder series with Zeta Corse. It is an opportunity we must do everything in our power to seize, because drivers such as Vettel, Ricciardo, Alguersuari and now Carlos Sainz Jr., who was my rival in the GP3 Series two years ago, were added to its historic roll of honour.

“I am very grateful to Zeta Corse, thank you for the trust you have placed in me. This is a completely new experience for me, so I need to make the most of pre-season tests. 2015 is going to be a very important year for me, surely a crucial one.?

Italian team Zeta Corse joined Formula Renault 3.5 in 2013 with their roots in the previous BVM Target entry. After a learning year and the arrival of new Russian owners, their 2014 campaign was a big success, teaming up with Roberto Merhi with whom they secured fourth in the teams’ championship while Merhi won on three occasions.

After Regalia’s confirmation, only five seats are left on the 2015 FR3.5 grid with testing commencing at Jerez next week.