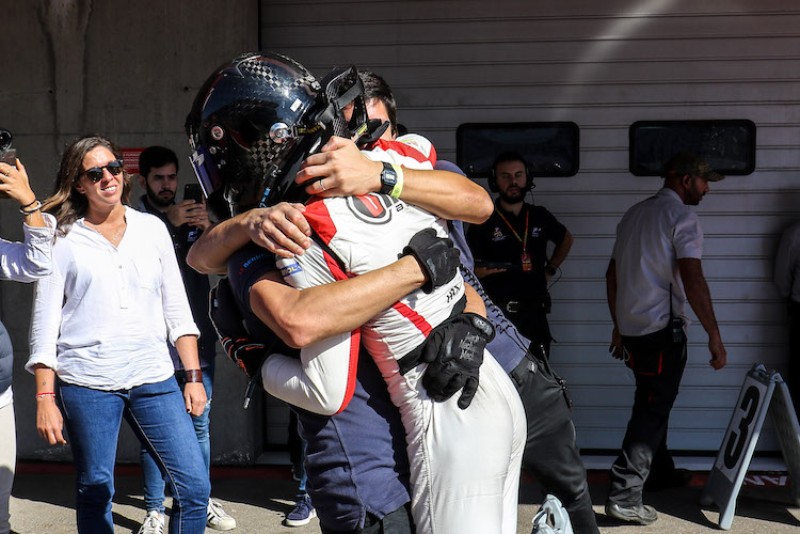 Franco Colapinto closed in on the Spanish Formula 4 title with two wins on the championship’s trip to Algarve in Portugal.

At the start of the race, an incident led to the retirements of championship contender Killian Meyer, Glenn van Berlo and Axel Gnos. Colapinto also briefly lost his lead, but once back ahead was untouchable.

Carles Martinez took his second podium of the season in third, a further five seconds behind Lobanenko.

Colapinto once again let his pole advantage go to waste in race two to van Berlo, but eventually recovered the position to take his seventh win of the season by 0.817s. After finishing second to Colapinto in that encounter, van Berlo went one better in race three after taking the lead at the start.

An early mistake left Colapinto in fourth, while Meyer kept himself in title contention by pipping Gnos to second.

The 2019-20 NACAM F4 season kicked off on the Mexican Grand Prix support bill at Mexico City, and it was Ram Racing’s Noel Leon who ended the weekend on top.

Canadian Nicholas Christodoulou was the thorn in the local drivers’ sides, threatening Leon for pole and then beating him to victory in race one. On Formula 1 race day it was Leon who was back on top though, passing Christodoulou to win by 2.7s.

Eduardo Barrichello converted third in qualifying into third in the first race, but was a thrice-lapped 13th in race two.