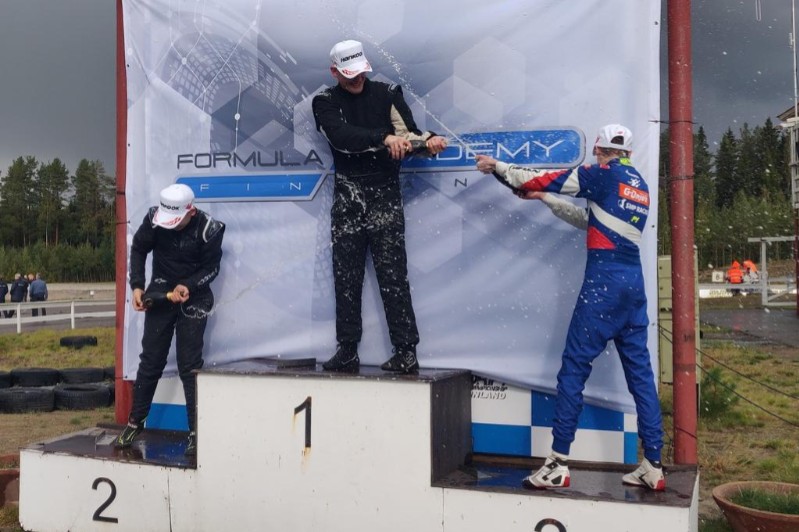 Rain and hail hammered the weekend, which had the Formula 4 cars sharing the grid with other types of single-seaters.

With rain continuing into the races, it made overtaking difficult around the narrow circuit due to the excessive spray. This helped Laitala ease off into the distance, winning by eight seconds from Seppanen.

Alexandrov completed the podium, with Mika Salo’s son Max finishing fourth. Finishing the race in fifth was Sami Lintunen, in a Dallara F394.

Seppanen was beaten off the line in race two by Alexandrov, and as the pair disputed second place it enabled Laitala to pull away once again. He ended up winning by 11.649s, with Alexandrov pipping Seppanen to second.

Van Berlo started from the front again in race two, and took another win as Meyer beat Colapinto to second place. The closing gap between the pair in the title race was undone in race three, with championship leader Colapinto starting from pole.

A poor start by van der Helm meant van Berlo rose to second and hounded Colapinto through the race. It was missed opportunity for Meyer, another to make a poor start and compounded to a fourth place finish behind Axel Gnos.

With six races to go, Fernando Alonso protege Colapinto leads Meyer by 32 points, with three other drivers in title contention.