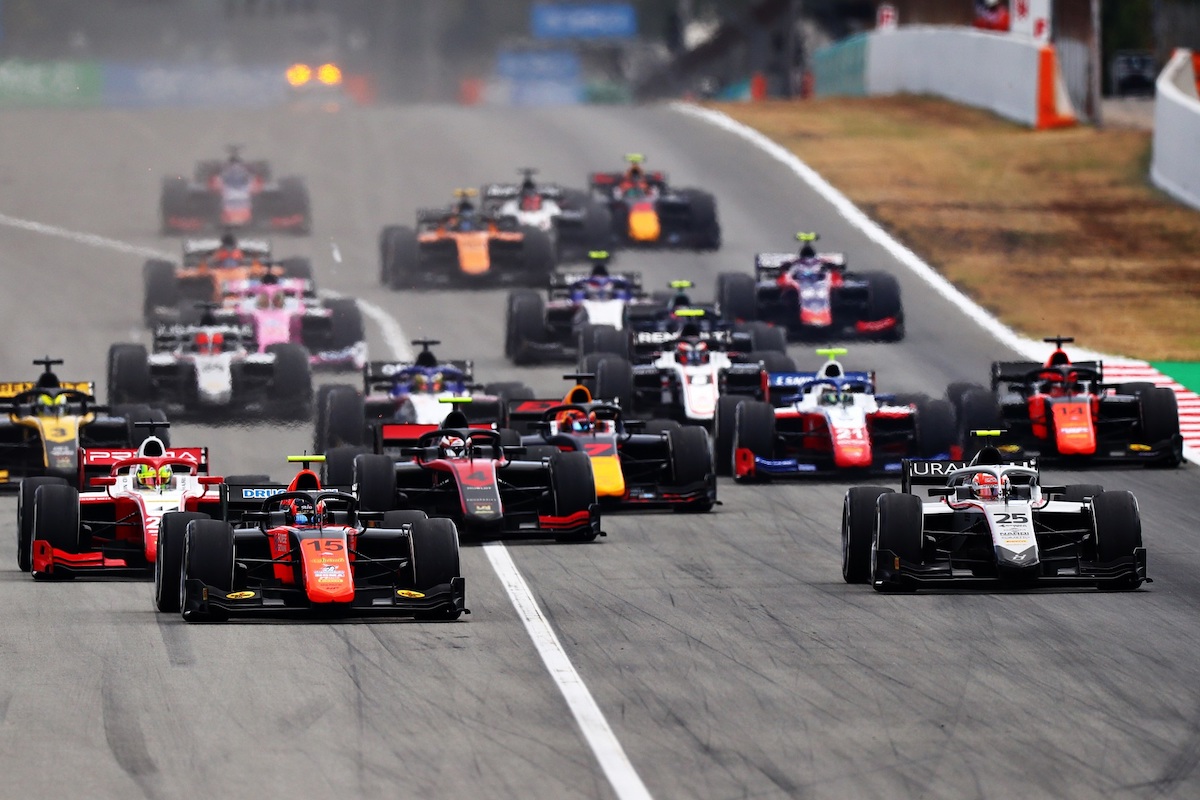 Formula 2 veteran Luca Ghiotto believes that the current crop of teams and drivers in Formula 2 is probably the strongest he has ever faced.

Ghiotto is in his fifth season in the category, having won as a rookie in what was then called GP2 in 2016, before he finished third in the points behind Nyck de Vries and Nicholas Latifi last year.

Despite the prestige of the names he’s faced in the past, Hitech GP driver Ghiotto believes that his 2020 opposition may be the toughest.

“All the years I’ve been in F2, I feel it has been really competitive and it’s tough to choose one year for sure,” he said after the most recent race at Barcelona. “If you look at the rookies and who arrived this year, it’s the strongest field overall.

“There is really a lot of drivers that can win races and who can fight at the front of the field. Many more than in the past for sure, and also I would say many more teams have increased their pace and are much stronger.

“You can see MP Motorsport, for example, this weekend was on another level. I think it’s good for the show for sure, to have many more teams fighting at the front and many more drivers.”

MP won both races at Barcelona, with Nobuharu Matsushita coming from 18th on the grid to claim feature race victory, and his team-mate Felipe Drugovich taking a second sprint race success.

“So overall I could say yes; it is one of the strongest or probably the strongest field overall. And as I said, not only on the drivers side but on the teams side.”

Ghiotto also spoke of the challenges of F2’s new 18-inch tyres, and if they are more difficult in terms of degradation than their 13-inch predecessors.

“No, I don’t think so. If it was like that, I probably would be in a better shape, because that is what I was good at in the past few seasons,” he said.

“I mean this weekend, yes, it was more towards how it was in the past years and the previous seasons but overall if I take Austria, Silverstone and Hungary as references it’s been much easier on that side.

“The only two races I would say were really tough on that was here and Hungary. By last year I mean pretty much all races were based on tyre deg, so yeah there’s a still a bit of that to manage but compared to past seasons, it’s much less now.”

Ghiotto won the sprint race at the Hungaroring to give new F2 outfit Hitech its maiden series win, and sits 11th in the standings after a second-place in the second Barcelona race.